The mother of Micheál Ryan says her son embraced life with a passion.

The Irish engineer was among 157 people who died when a plane crashed in Ethopia on Sunday.

Books of condolence have opened in Co Clare for the 39-year-old father of two, who worked with the United Nations World Food Programme.

He was among seven dead from the UN World Food Programme.

He had worked on projects such as creating safe ground for Rohingya refugees in Bangladesh, and assessing the damage to rural roads in Nepal that were blocked by landslides.

"[He] worked an awful lot with the Rohingas and helping them out, and he'd forever send me on so many pictures of his work and what he was doing".

"Even when you'd go into a room when Micheál would walk in, he had such a great personality that it'd light u a room.

"Basically people loved him, he was a great people person.

"And he just wanted to do things for humanity".

His mother said he hoped his daughter, who is aged three, would follow in his footsteps.

"He had said to me about two days ago when I was talking to him last before he took this flight, that he had hoped that she would follow and dream and go and travel a lot and help people.

"His whole thing was about helping people and making a difference in society, and helping the marginalised and the downtrodden internationally - and he did that.

"He did as much as he could within a very, very short life - he's been in Afghanistan, he's been in a lot of dangerous situations.

"We didn't realise this trip to Nairobi was going to be fatal.

"He has been in earthquake zone regions and he's been in situations that have been very difficult and he survived all of those".

The President and Taoiseach have been leading tributes to Mr Ryan.

Taoiseach Leo Varadkar said the engineer was doing "life-changing work", and has expressed sympathies to his friends, family and colleagues.

Our thoughts tonight are with families of all those lost in the Ethiopian Airlines crash, including Irish engineer Michael Ryan. Michael was doing life-changing work in Africa with the World Food Programme. Deepest sympathies to family, colleagues & friends

President Michael D Higgins, meanwhile, said in a statement: "This tragedy affects so many, with passengers from more than 30 countries and from several international organisations were on board the flight.

"In particular I wish to extend my deepest sympathies to the family of Michael Ryan, whose work in humanitarian assistance for the World Food Programme brought him onto the flight."

He added: "On my own behalf and behalf of the Irish people, I send my deepest sympathies to President Sahle-Work Zewde, to the families of the victims and to the people of Ethiopia, and the Ethiopian community who live here in Ireland.”

Clare County Council has opened books of condolence for Mr Ryan at both Áras Contae an Chláir in Ennis and the West Clare Municipal District Office in Ennistymon.

Members of the public can sign the books from 9am to 5pm, Monday to Friday.

Meanwhile, the UN World Food Programme said Sunday was a "profoundly sad" day for the organisation.

The WFP Executive Director David Beasley said: "As we mourn, let us reflect that each of these WFP colleagues were willing to travel and work far from their homes and loved ones to help make the world a better place to live.

"That was their calling, as it is for the rest of the WFP family." 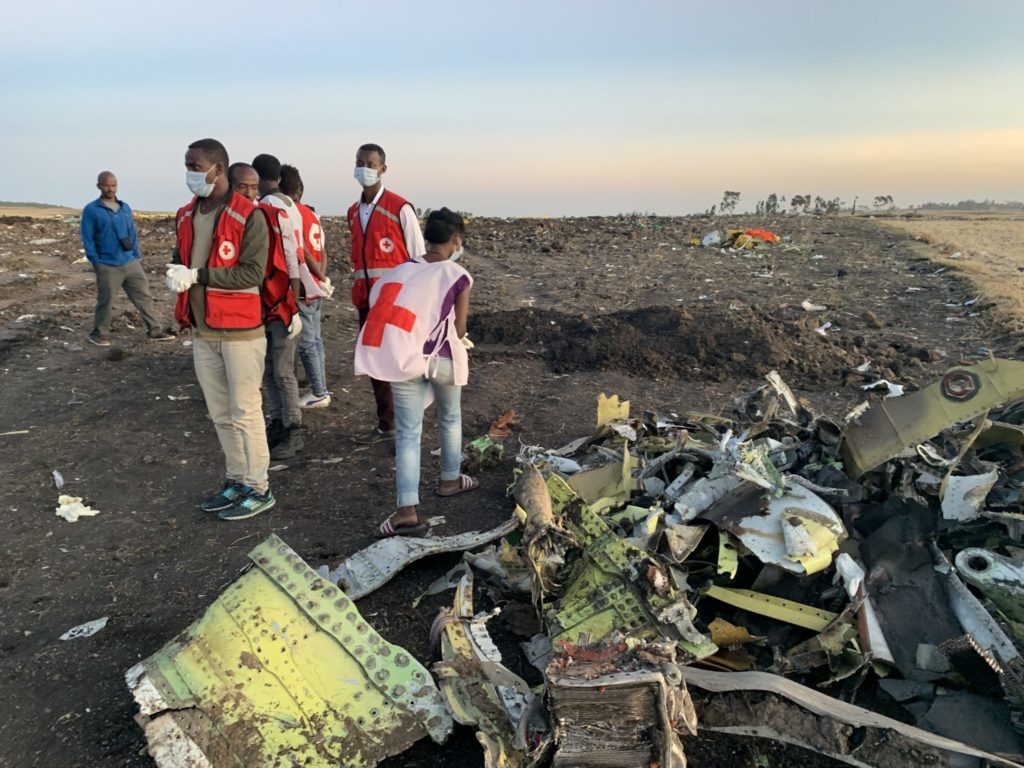 (190310) -- ADDIS ABABA, March 10, 2019 (Xinhua) -- Rescuers work beside the wreckage of an Ethiopian Airlines' aircraft at the crash site, some 50 km east of Addis Ababa, capital of Ethiopia, on March 10, 2019. All 157 people aboard Ethiopian Airlines flight were confirmed dead as Africa's fastest growing airline witnessed the worst-ever incident in its history. The incident on Sunday, which involved a Boeing 737-800 MAX, occurred a few minutes after the aircraft took off from Addis Ababa Bole International Airport to Nairobi, Kenya. It crashed around Bishoftu town, the airline said. (Xinhua/Wang Shoubao)

The Boeing 737 MAX 8 plane, carrying 149 passengers and eight crew members, was on a scheduled flight when it came down, just six minutes after taking off from the Ethiopian capital, Addis Ababa.

Ethiopian Airlines confirmed on Monday  that the plane's black box flight recorder has been found.

Accident Bulletin no. 6
Issued on March 11, 2019 at 01:40 PM Local Time
The Digital Flight Data Recorder(DFDR) and Cockpit Voice Recorder(CVR) of ET302 have been Recovered.

Investigations are continuing to find out what caused the crash.

The plane is the same type of aircraft as the Lion Air plane which crashed into the sea off Indonesia last year, killing 189 people.

In a statement on Sunday, Boeing said it extended its heartfelt sympathies to all families and loved ones of the passengers and crew on board the Ethiopian Airlines flight.

The company added that it is sending a technical team to the crash site to assist the investigation.

Ethiopian Airlines has now joined carriers in China in grounding Boeing 737 MAX 8 plane in wake of the crash as an "extra safety precaution".

Sunday's flight had been bound for Nairobi in Kenya.

The victims included 32 Kenyans, 18 Canadians, nine Ethiopians, eight people each from China, the US and Italy, seven Britons, seven from France, six Egyptians and five Germans.

A Slovakian MP - Anton Hrnko - said on social media that his wife, son and daughter were among those killed.