The European Commission says changes announced on Thursday should make it easier for new firms to compete in the Irish motor insurance market.

Insurance Ireland, an association of Irish insurers, is to allow "fair and non-discriminatory access" to its Insurance Link information exchange system.

Last year, the Commission found Insurance Ireland delayed or denied access to its system to insurers based in other EU countries.

On Thursday, the Commission said it made commitments by Insurance Ireland - to provide access to its data system to other insurers - legally binding under EU antitrust rules. 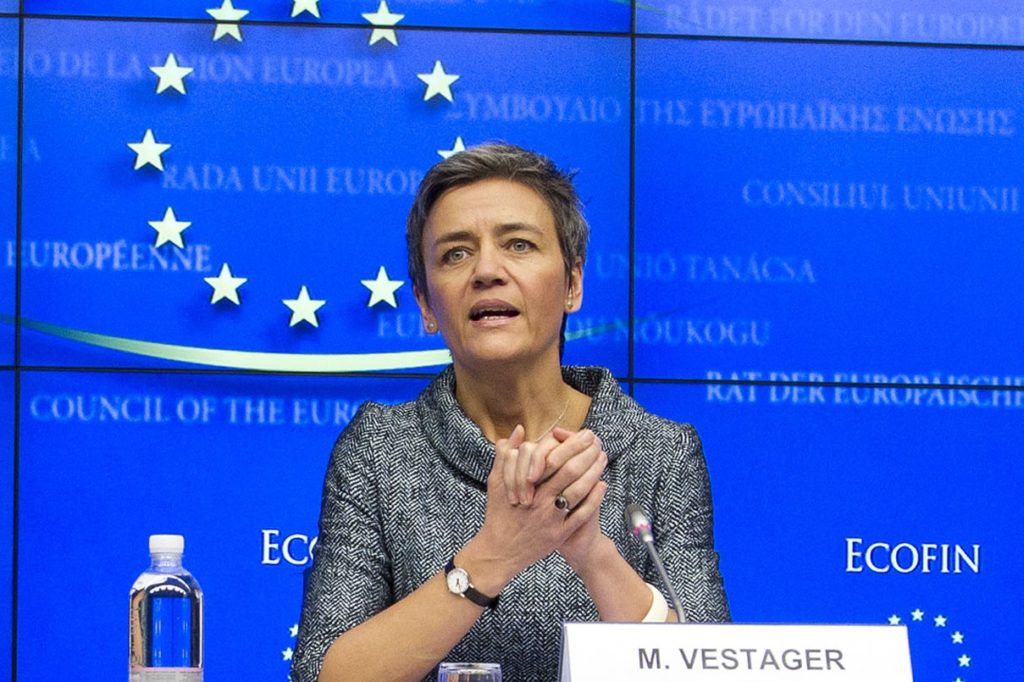 Margrethe Vestager is seen during an Ecofin meeting in Brussels in 2012. Picture by: European Union

European Commissioner Margrethe Vestager, in charge of competition policy, says: "The commitments will restore the level playing field in the Irish motor insurance market and ease the entry of new players.

"As a result, consumers may benefit from a larger choice of suppliers.

"This is a good result since today's economy increasingly relies on data sharing and access to data has become key in many markets."

"The Irish market is likely to be actually more attractive for the competitors that are coming [from] other companies, or - in any case - companies that are not present in the market as of today.

"And therefore increased competition, of course, may lead to more competitive prices for consumers that buy the insurances for their motor vehicles.

"Of course there's no guarantee of this - but once you open a market more, more players are on the scene and hopefully prices will go down".

Cathie Shannon is director of general insurance at Brokers Ireland.

She says: "This is an important element that adds to other measures being taken by the Government in attempting to make the Irish market more akin to international comparators.

"It will help address our out-of-kilter system under which fraudulent and exaggerated claims have been entertained for far too long.

"And it must be acknowledged that such does a serious disservice to the vast majority of claimants who are genuine - often preventing them from claiming what should be rightfully theirs because of the potential of being perceived as if they were engaged in something untoward."

She describes Thursday's decision as "somewhat akin to lenders having access to individuals' credit histories before offering loans".