Irish citizens in Myanmar are being urged to leave the country after 114 protestors were reported...

Irish citizens in Myanmar are being urged to leave the country after 114 protestors were reportedly killed by security forces yesterday.

The reported killing of the unarmed civilians by Myanmar's security forces on the single deadliest day since the military coup on February 1st has drawn strong condemnation from around the world.

The shootings came as people took to the streets again yesterday to protest against the military takeover, in defiance of a warning that they could be shot "in the head and back", as the junta celebrated Armed Forces Day.

Minister for Foreign Affairs, Simon Coveney, is advising Irish citizens to leave Myanmar by commercial means unless they have an urgent reason to stay.

He said he is "deeply shocked and saddened by the abhorrent and indefensible killing of unarmed civilians, including children, on the 76th Myanmar Armed Forces Day".

"The role of the military in society is to protect its citizens, not to murder and terrorise them," he said. 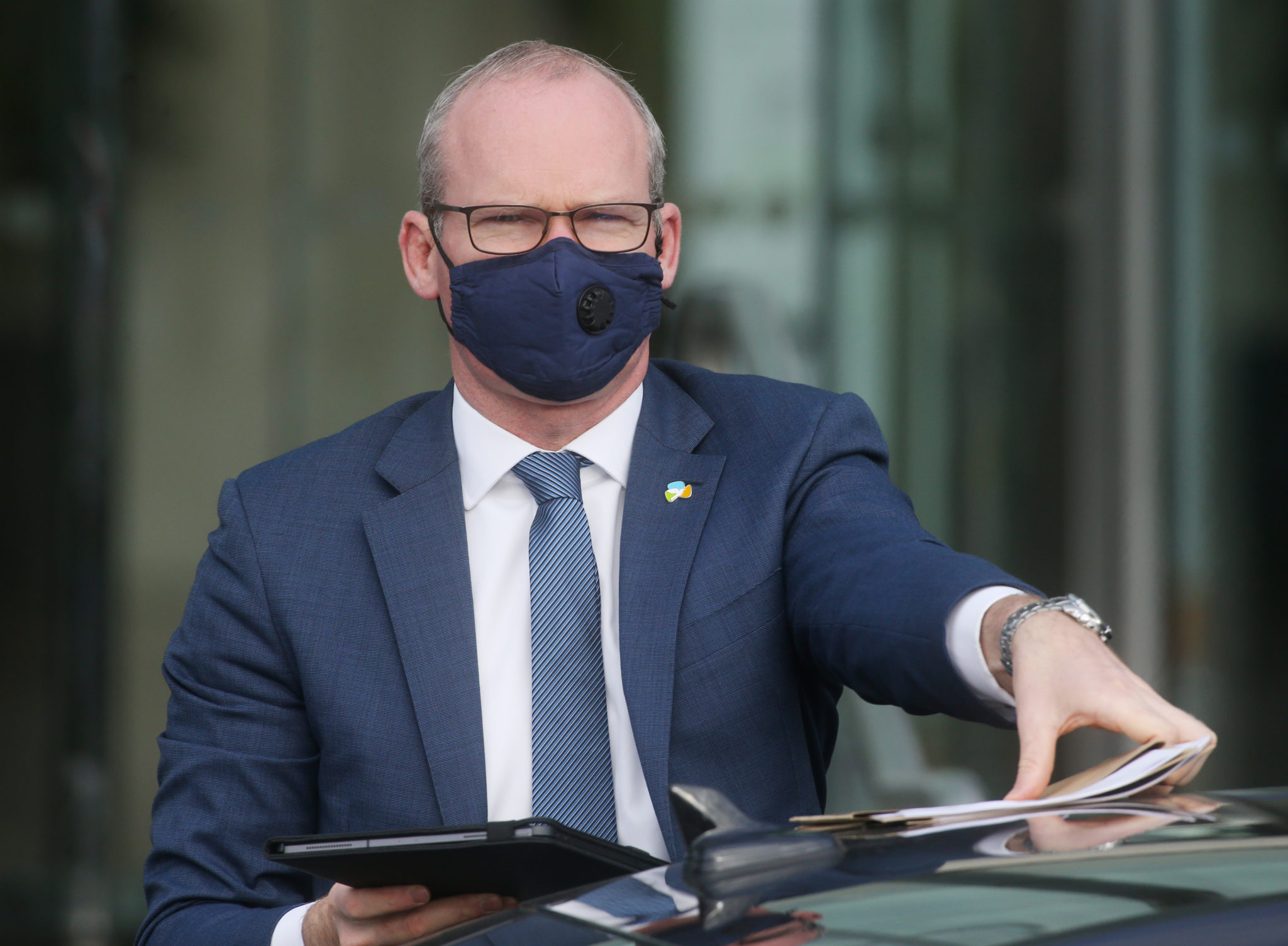 He added that the security forces "disgraced themselves and these actions leave another stain on the history of Myanmar".

"I call on the Myanmar military to step back from actions designed to consolidate power through fear and brutal violence," he said.

"They must recognise that their actions are leading the country to further division and instability, with consequences for the wider region.

"Ireland continues to stand with the people of Myanmar and will continue to work with our partners in Europe, in the region and at the United Nations, both in the General Assembly and as a Member of the Security Council, to see an end to violence and to bring about a peaceful and democratic solution to this crisis.

"Our Embassy in Bangkok is maintaining regular communication with all registered Irish citizens in Myanmar to provide advice and information.

"We are currently advising Irish citizens in Myanmar to consider leaving the country by commercial means unless they have an urgent reason to stay." 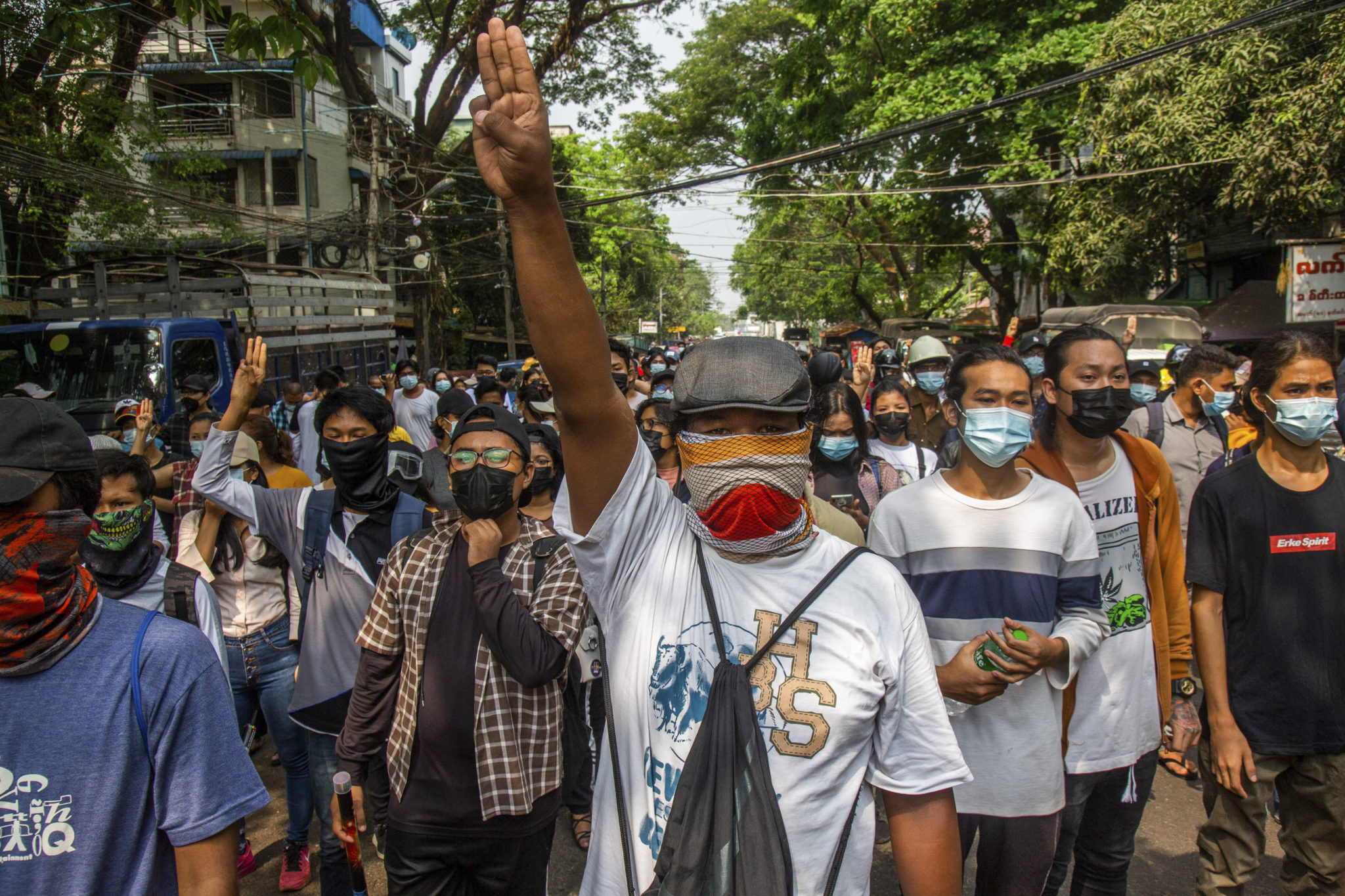 Anti-coup protesters gesture with a three-fingers salute, a symbol of resistance during a demonstration in Yangon, Myanmar yesterday. Credit: AP Photo

After leading a military parade in the capital Naypyitaw yesterday, the junta's leader General Min Aung Hlaing repeated that his regime would hold "a free and fair election" and hand over power afterwards, but gave no timetable.

In a live broadcast on state TV, he said: "The army seeks to join hands with the entire nation to safeguard democracy.
"Violent acts that affect stability and security in order to make demands are inappropriate."

The number of people killed in the unrest since the overthrow of Aung San Suu Kyi's elected government now stands at around 440.

However, monitors have cautioned this only includes verified cases, with the actual number of casualties "likely much higher".

The Myanmar Now news portal said at least 114 people were killed across the country in the crackdown on Saturday.

Around 90 people were killed in Yangon, and dozens more died - one of them a five-year-old boy and a 13-year-old girl - in Mandalay, Myanmar Now added.

Main image: A protester pilling bags as barricades during the demonstration.Credit: PA