Myanmar's military says it has taken control of the country for one year, after detaining a numbe...

Myanmar's military says it has taken control of the country for one year, after detaining a number of leading politicians.

A state of emergency has been declared, according to military-owned TV, and power has been handed to the commander in chief of the armed forces, Min Aung Hlaing.

Myanmar's leader, Aung San Suu Kyi, was among those detained by the military in an early morning raid on Monday, according to her party.

A spokesman for the governing National League for Democracy told Reuters news agency earlier on Monday that Ms Suu Kyi, President Win Myint, and other leaders were "taken" in the early hours of Monday morning.

"I want to tell our people not to respond rashly and I want them to act according to the law," Myo Nyunt said, adding that he also expected to be detained. 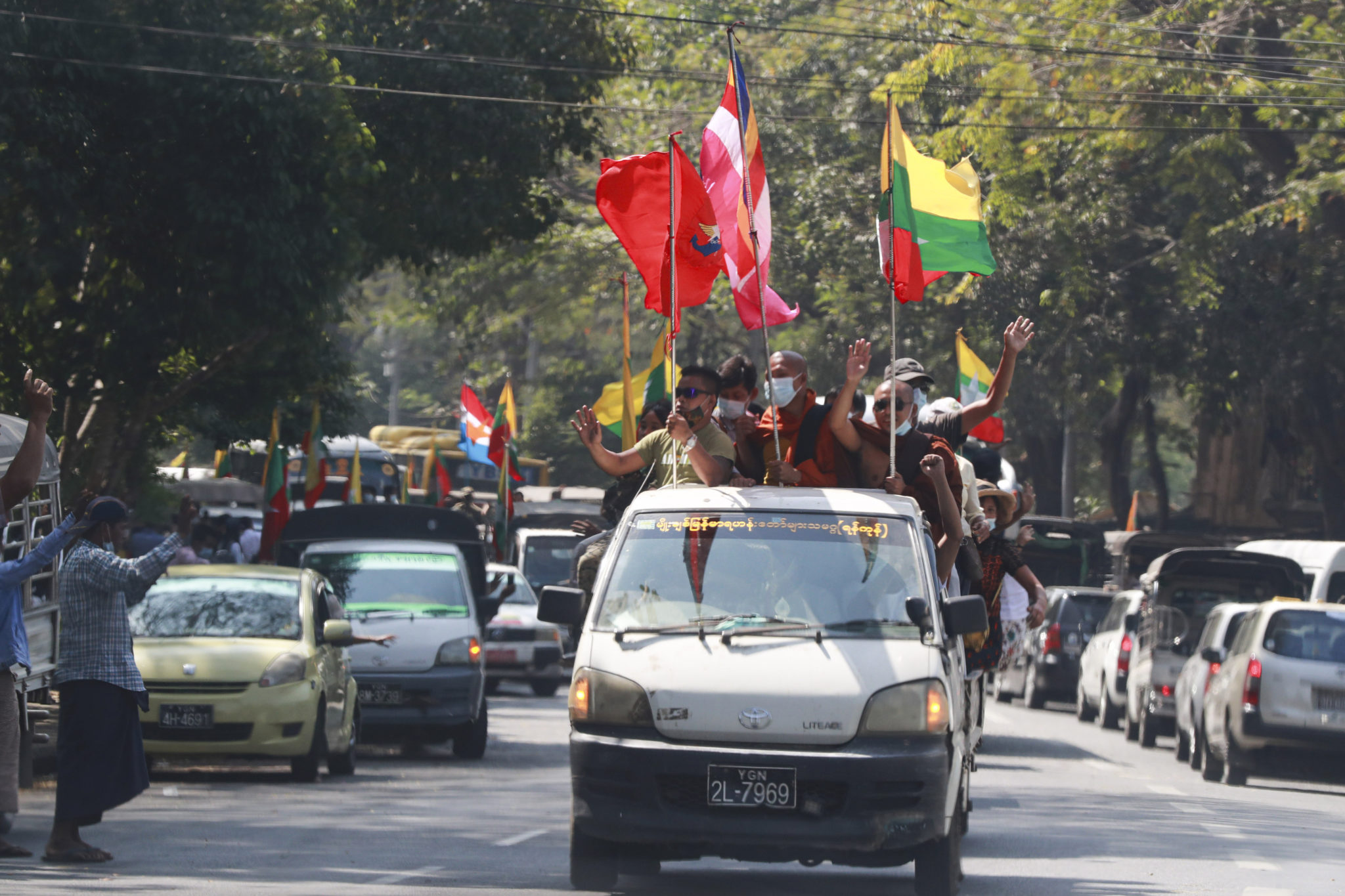 Tensions had been rising between the civilian government and the powerful military since last November's election.

Ms Suu Kyi's party won 396 out of 476 seats but the army claimed the election results were fraudulent, claims that have been rejected by Myanmar's election commission.

Last week the military declined to rule out a coup to overturn the National League for Democracy's election victory, prompting other countries to warn against "any attempt to alter the outcome of the elections or impede Myanmar's democratic transition".

Residents of Myanmar were reporting seeing soldiers on the streets, but communication was difficult because internet and phone networks had been disrupted.

US 'will take action'

John Sifton, Asia advocacy director for Human Rights Watch, said Myanmar's military had never submitted to civilian rule and called on other countries to impose "strict and directed economic sanctions" on the military leadership and its economic interests.

White House spokeswoman Jen Psaki said: "The United States opposes any attempt to alter the outcome of recent elections or impede Myanmar's democratic transition, and will take action against those responsible if these steps are not reversed."

The Australian government said it was "deeply concerned" and called for the immediate release of the unlawfully detained leaders.

Japan said it was watching the situation closely but has no plans to repatriate Japanese nationals from Myanmar.

Ms Suu Kyi has been stripped of several international honours, including Amnesty International's Ambassador of Conscience Award, over failures to protect to the Rohingya population.

During a campaign of violence against the Rohingya in 2017, the Myanmar security forces were accused of killing thousands, raping women and girls, detaining and torturing men and boys, and burning hundreds of homes and villages to the ground.

"Aung San Suu Kyi's failure to speak out for the Rohingya is one reason why we can no longer justify her status as an Ambassador of Conscience," Colm O'Gorman, executive director of Amnesty International Ireland, said in 2018.

"Without acknowledgement of the horrific crimes against the community, it is hard to see how the government can take steps to protect them from future atrocities."

Dublin City councillors also voted to revoke Ms Suu Kyi's Freedom of the City back in 2017.

Main image: A cyclist bikes past a signboard with an image of Myanmar leader Aung San Suu Kyi, in Yangon, Myanmar on January 29, 2021. Picture by: Thein Zaw/AP/Press Association Images