Irish writer Edna O'Brien is to be named Commander in the French 'Ordre des Arts et Lettres'. The...

The online ceremony will be held on March 7th on the eve of International Women's Day.

The award will be presented by France's Culture Minister, Roselyne Bachelot-Narquin.

The French embassy said the Order of Arts and Letters awards the talent of Ms O'Brien "and the struggle of a committed feminist who offered a voice to women around the world, and recognised by many as one of the greatest writers of the 20th century."

French ambassador to Ireland, Vincent Guérend, said: "The French government is delighted to present this distinction to Mrs Edna O'Brien, a great figure of Irish literature and to pay tribute to her literary work which has always been committed to denouncing injustices against women."

Culture Minister Catherine Martin added: "The Commandeur des Arts et des Lettres is one of France's greatest honours and I am so pleased that Edna O'Brien's work and writing life is being recognised by France in this special way.

"Edna O'Brien is widely recognised in Ireland as a national treasure.

"In a career which spans an extraordinary six decades, her special use of words has gained a dedicated readership both in Ireland and abroad.

"In this week when we celebrate International Women's Day, I would like to highlight Edna's work in championing women's rights and recognise the special influence on younger writers who followed her path." 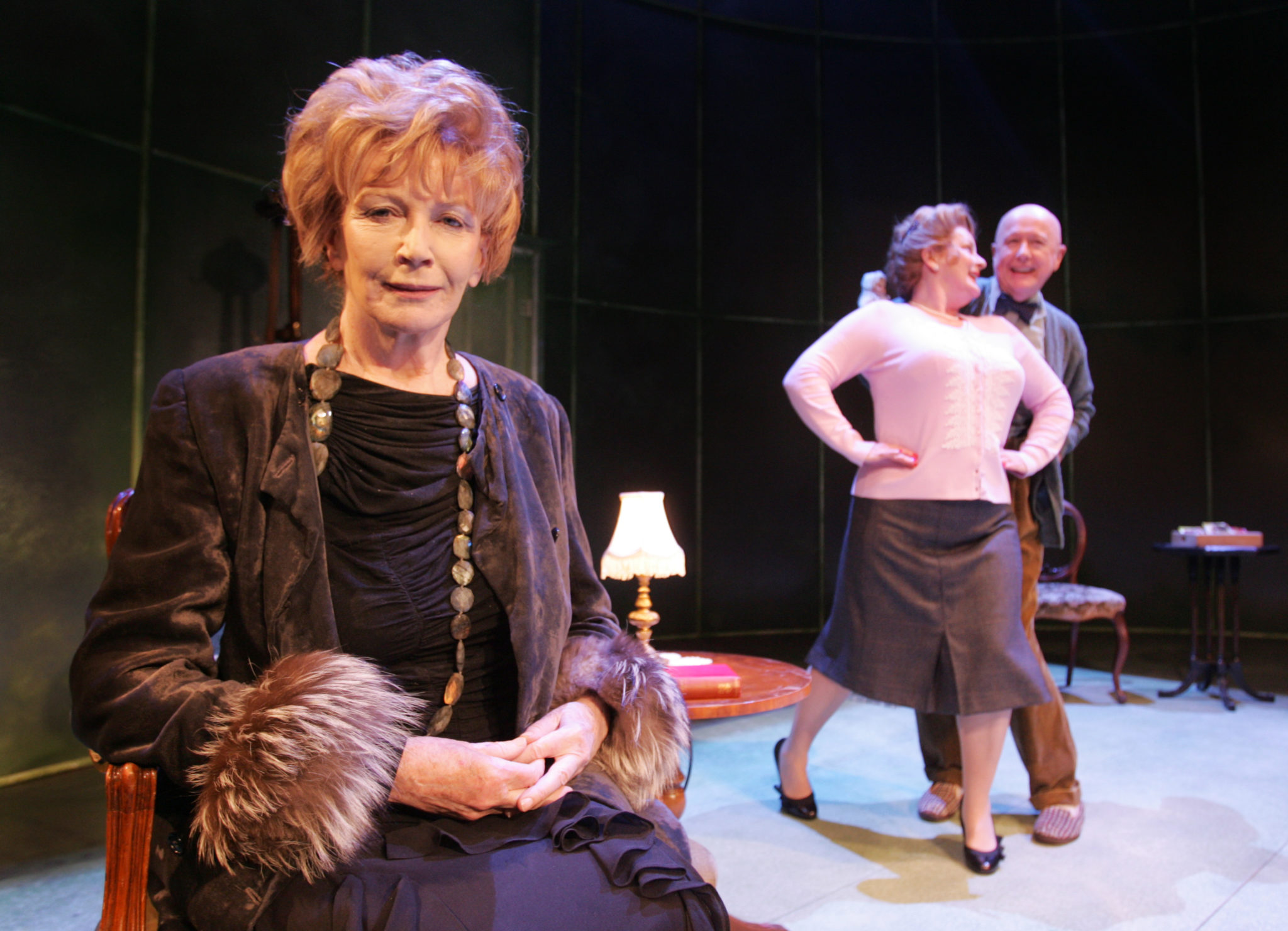 Edna O'Brien (front) on stage with actors Brenda Blethyn and Niall Buggy for her play 'Haunted' at Dublin's Gaiety Theatre in 2010. Picture by :Leon Farrell Photocall Ireland. in 2010

She is the recipient of many awards including the Irish PEN Lifetime Achievement Award, the American National Arts Gold Medal, the Frank O’Connor Prize and the PEN/Nabokov Award for Achievement in International Literature.

In 2019, she was awarded with the prestigious Prix Femina special by an exclusively female jury:  a special prize in honour of her entire body of work.

She was its first ever non-French recipient.

Her first novel The Country Girls was banned, and even incurred a burning, when it was first published in 1960.

Since then she has written over 20 novels, most recently Girl, over five works of drama and four works of non-fiction - including her memoir, Country Girl.

The Order of Arts and Letters is awarded each year by the French Minister of Culture to significant figures in the arts and literature.

The order has three grades - increasing in prestige from Knight, Officer, and Commander.

Other Irish people to receive the honour have included U2's Bono and poet Seamus Heaney.