The Minister for Finance Paschal Donohoe has said Ireland's decision not to sign up to a minimum ...

The Minister for Finance Paschal Donohoe has said Ireland's decision not to sign up to a minimum global corporation tax rate was made based on our "national interest".

Ireland is one of just nine countries out of the 139 in the OECD that did not agree to the framework which seeks to address challenges arising from the digitalisation of the economy.

Minister Donohoe says Ireland remains committed to a deal on international tax rules, despite refusing to sign it yesterday.

The plans would see countries implement a global corporation tax rate of at least 15%.

In a statement, the OECD said any remaining issues will be ironed out by October, when a detailed implementation plan will be revealed.

Among the other countries that did not sign up for the deal were Hungary, Estonia and some Caribbean nations.

The Finance Minister has previously said that moving our corporate tax rate from 12.5% to 15% would cost Ireland over €2bn in tax each year.

Speaking to Newstalk Breakfast, he defended his decision not to sign up for the OECD's corporation tax reforms.

"I think it's important to assess what's in our own national interest and be confident and clear about making the case for what we believe is the best for Ireland and acknowledging the duties we have to the rest of the world with regard to how we manage corporate tax," Minister Donohoe said.

"I want to continue to engage in this process in this negotiation but this is a matter of huge sensitivity to Ireland and there wasn't enough clarity and recognition of the key issues for us in the text that was presented to me.

"I wasn't in a position to sign up to it but I'm going to keep working at this and there will be a concluding meeting in October.

Despite this, he recognises that "change is absolutely coming", but the OECD framework that has "very significant consequences for Ireland" only became clear in recent days some elements "need further work".

"As opposed to comparing ourselves to other countries, I think we should compare the potential agreement with what matters for Ireland and be confident about making the case for that," he explained.

"What happened yesterday was to be expected, it's one stage in a really long process and I'm going to keep working at this." 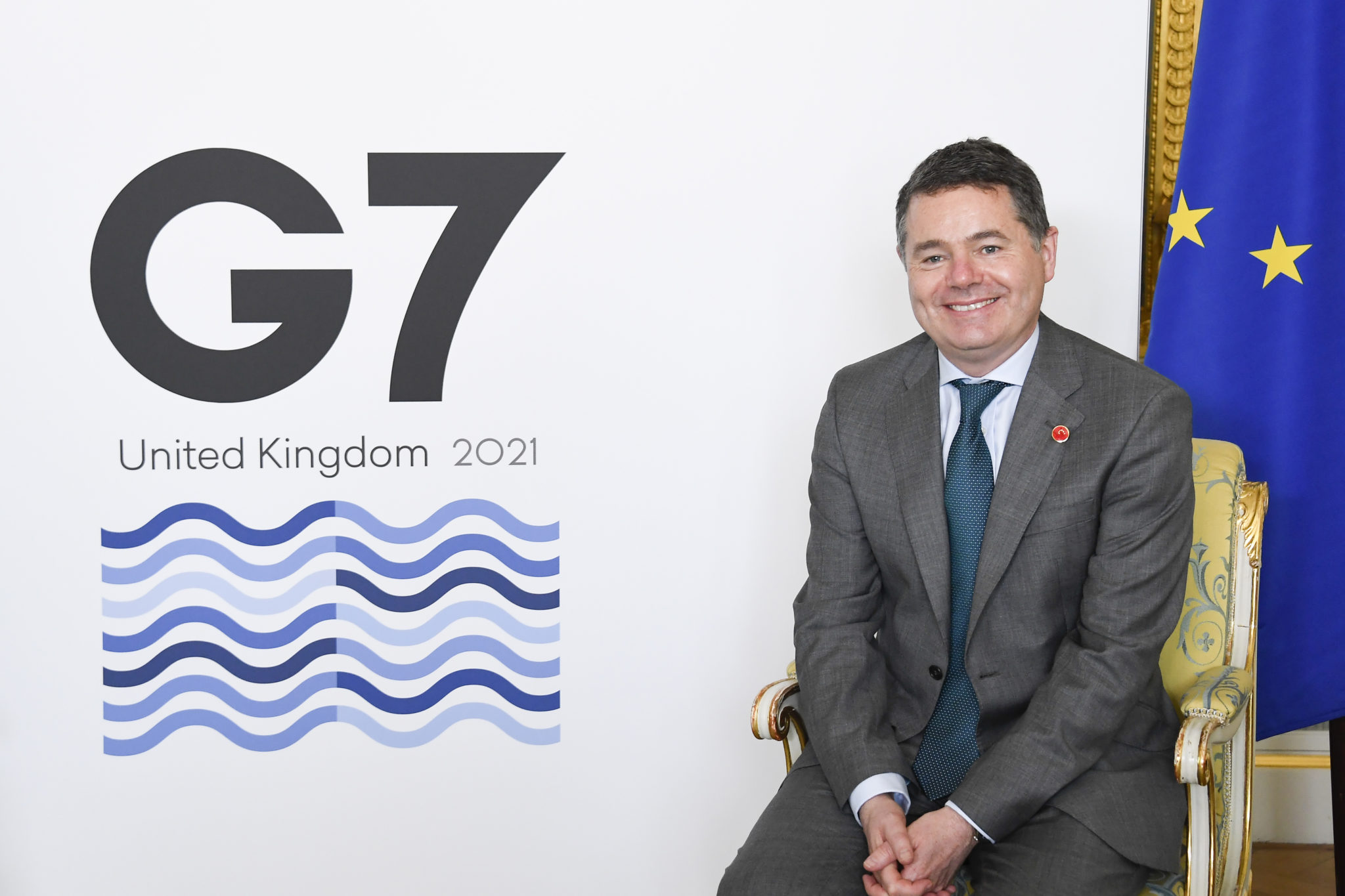 Ireland's current corporation tax of 12.5% is extremely important for job creation and retention, and Minister Donohoe worries that the global minimum rate could creep up from the proposed 15% in the years ahead.

"If we were in a situation in the years to come that those who were involved in the creation of jobs in our country, big and small employers, and we were no longer certain about the tax they would pay in the future, I think it would have a really big effect on where our economy stands," he said.

"That's important because when this agreement is finally made, that would then be implemented by the European Union and there was always the possibility that figures and details could change and that is one of the many issues we have to work on.

When asked if he would sign up to the framework if a guarantee that the rate would be fixed at 15% with no possibility for future increases, the Minister said he couldn't comment as negotiations are ongoing.

"If I was to lay out what I'm going to do in the future, depending on what is offered to me, that could really undermine our ability to make progress in what is such a sensitive area for our country," he said.

"What I can guarantee is that up to the last moment of this process, which still has some way to go, I recognise the obligations that we do have, I recognise that the world is changing with regard to corporate tax policy and there are parameters that everybody has to meet.

"But I also have to make the case for what I believe is in the best interests of Irish jobs and Irish investments, particularly given the many challenges we have at the moment."

Donohoe: 'We have flexibility' to help with rising cost of energy