An economist has said Ireland keeping its current 12.5% corporate tax rate might be more trouble ...

An economist has said Ireland keeping its current 12.5% corporate tax rate might be more trouble than it's worth, if a minimum global corporate tax comes into force.

It comes after finance ministers of the G7 nations reached an agreement to establish a global minimum corporate tax rate.

The finalised agreement will set the minimum level of global corporation tax at 15%.

Edgar Morgenroth, professor of economics at DCU, told The Hard Shoulder the jump for Ireland from 12.5% is doable.

"I guess if the US and the G7 really, really want it I suspect there's very little going to stop it. 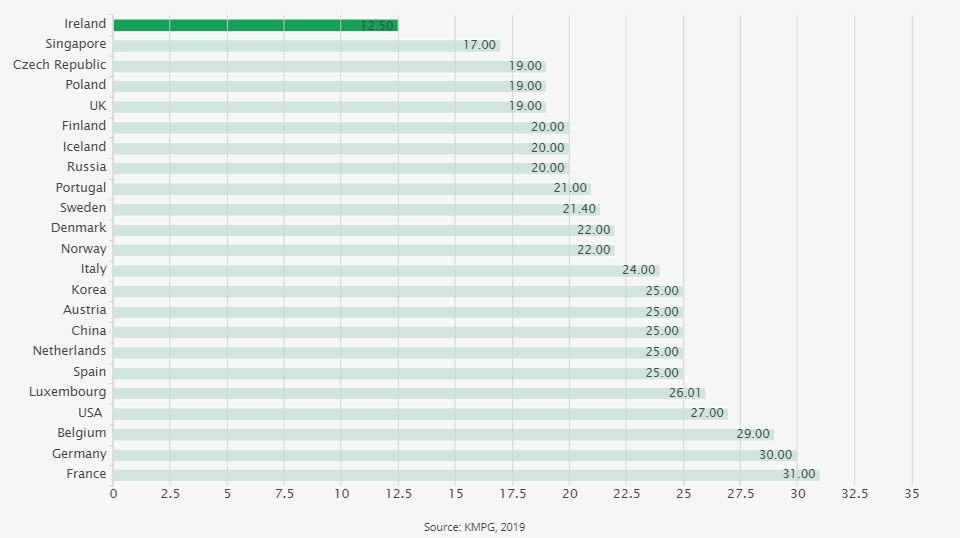 "What we have seen in the past is Ireland's rate, and how it's used by companies, has come into the spotlight.

"In that context, again, sort of sticking out for 12.5% I think might well be more trouble than it's actually worth in the end.

"I think the IDA is a little bit perhaps also marketing in a particular way - there are countries which have lower corporate tax rates than Ireland, or at least for part of their operations.

"But certainly it's something that the continuity around the 12.5%, in particular, has been used as a marketing tool by the IDA for many, many years".

'Cracks' in the system

An Irish subsidiary of Microsoft made a profit of US$315bn (€260bn) last year, but paid no corporation tax as it is resident for tax purposes in Bermuda.

Prof Morgenroth said companies can use the different systems to their advantage.

"It's ultimately the big issue in corporate taxation.

"You've got different regimes in different countries - and because they don't line up exactly, there are sort of cracks that companies are using.

"And this is what gives rise to this no tax being paid by Microsoft.

"They didn't do anything illegal, but they used the system, and the differences in the systems between different countries, in a particular way.

"So this minimum 15% is basically trying to address this fact, because I think most people would argue that some of these big corporations are not paying their fair share of tax".

Attneding the G7 summit in London in his capacity as president of the Eurogroup, Finance Minister Paschal Donohoe said: "I note the joint position by G7 finance ministers on international corporate taxation.

"It is in everyone’s interest to achieve a sustainable, ambitious and equitable agreement on the international tax architecture.

"I look forward now to engaging in the discussions at the OECD. There are 139 countries at the table, and any agreement will have to meet the needs of small and large countries, developed and developing."

Speaking last month, US Congressman Richard Neal said companies will still look to Ireland even if there are sweeping changes to international corporate tax rates.

He said he believes "we'll all be better off" if there is a more harmonised international system.

"Do I think Ireland is a tax avoidance haven? No, I don’t.

"Do I think they've adopted a corporate rate that they believe is competitive in terms of international jurisdiction? I do, but that’s up to them.

"It's my belief that Ireland’s commitment over succeeding generations to education and making sure their population is competitive in the international sphere… is at least as responsible for the success that Ireland has had economically as their corporate tax rate.

"American companies are always going to be looking for opportunities with a well-versed population. Ireland has it."

Main image: Finance Minister and Eurogroup President Paschal Donohoe during a meeting, as finance ministers from across the G7 nations meet in London, England. Picture by: Alberto Pezzali/PA Wire/PA Images