The Irish Government has announced plans to expand the country's footprint in France. It is part ...

The Irish Government has announced plans to expand the country's footprint in France.

It is part of a new strategy between now and 2025.

During the meeting, they discussed preparations for Brexit and spoke on a number of other European issues - including the EU budget.

Speaking from there, Mr Coveney said: "Ireland and France are linked through culture, history, trade, shared values, and our shared engagement in Europe.

"The relationship is one of a strong and enduring friendship.

"With Brexit approaching, we need to ensure that we continue to build our relationship, so that we can face new challenges together."

Global Ireland – Ireland’s Strategy for France 2019-2025, “Together in Spirit and Action"

In the 'Together in Spirit and Action' report, the Government says: "As we prepare for the first departure of a member state from our union, our relationship with France - our nearest EU neighbour after Brexit - becomes ever more important.

"As the second largest member state and a founding member, France continues to play a formative role in the EU's institutions and policies.

"The views of Paris are of crucial importance to Ireland and our engagement with France on European issues can have a real bearing on the lives and prosperity of our citizens. 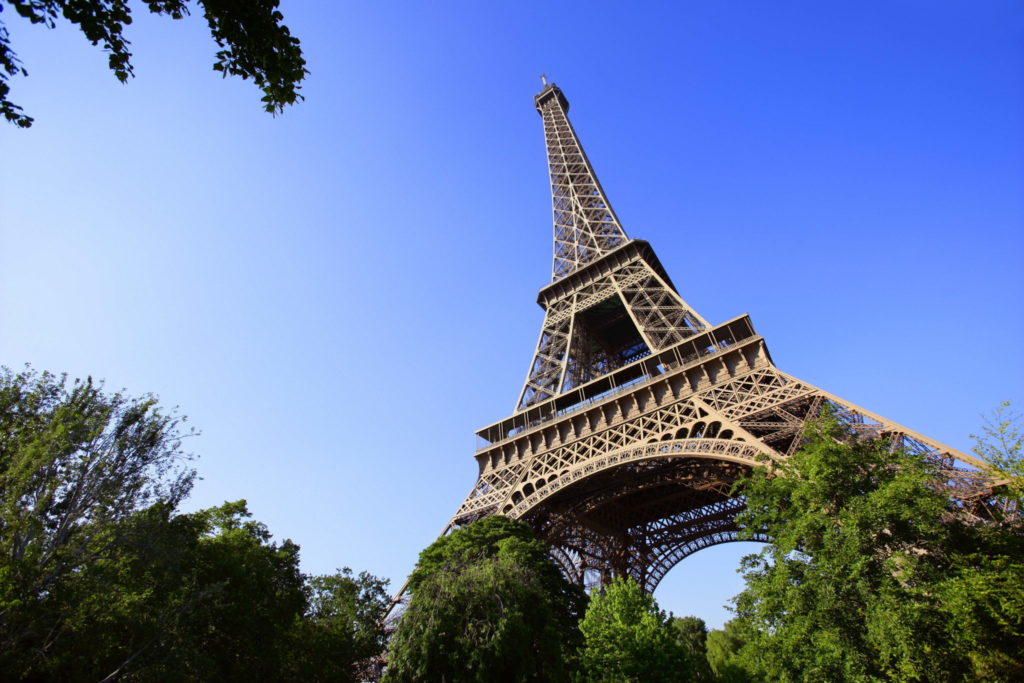 "France and Ireland are like-minded on many EU policies.

"At the same time, there are some European issues where we do not share the same perspective, often deriving from the differing nature of our economic models.

One of the key actions is to open a number of additional honorary consuls across the country.

Under the plan, consuls would be planned for Toulouse, Bordeaux, Rennes and Lille by 2025. 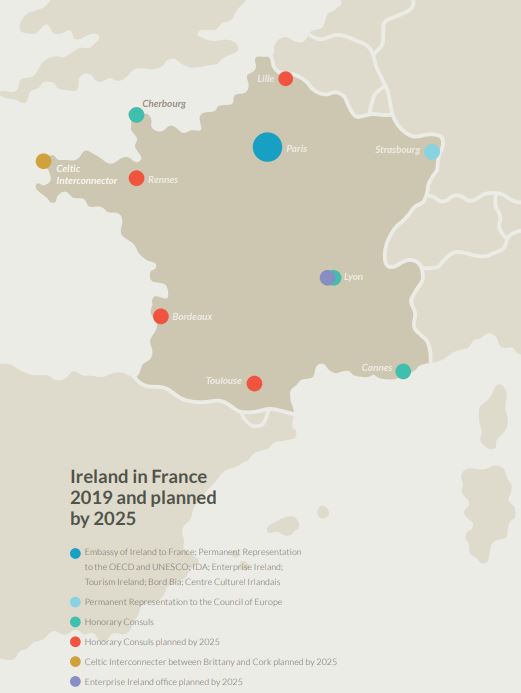 A new Franco-Irish Business Forum is to be set up, while a new cultural officer is to be appointed to the Irish embassy in Paris.

The Government also plans to open an Enterprise Ireland office in Lyon by the end of the year, and grow Irish food and drink exports to France to €1bn by 2025.

There are over 400 Irish companies active in the French market and over 23,000 people are engaged in Irish-owned companies in France.

The Franco-Irish business network, NetworkIrlande, has 90 members and supports links between businesses working closely with the France Ireland Chamber of Commerce.

More visits are also to be promoted to Ireland by French tourists, particularly during off-peak months.

The OIF, created in 1970, represents one of the biggest linguistic zones in the world.

Its mission is to embody solidarity between its 84 member states and governments - which together represent over one-third of the United Nations' member states.

French is the fifth most widely spoken language on the planet and only one of two languages, together with English, to be spoken on all five continents.

Cities ask EU for help over 'explosive growth' of Airbnb