The Tánaiste has warned that "no amount of political grandstanding" can change the fact that a n...

The Tánaiste has warned that "no amount of political grandstanding" can change the fact that a no-deal Brexit will only happen if the UK Government chooses it.

Simon Coveney was delivering a speech in France after the UK Prime Minister Boris Johnson moved to suspend the UK Parliament with just weeks to go before the Brexit deadline.

Speaking in France this afternoon, Simon Coveney said the EU remains committed to exploring alternative arrangements to the Brexit border backstop, " in the future, or now, if and when they exist." 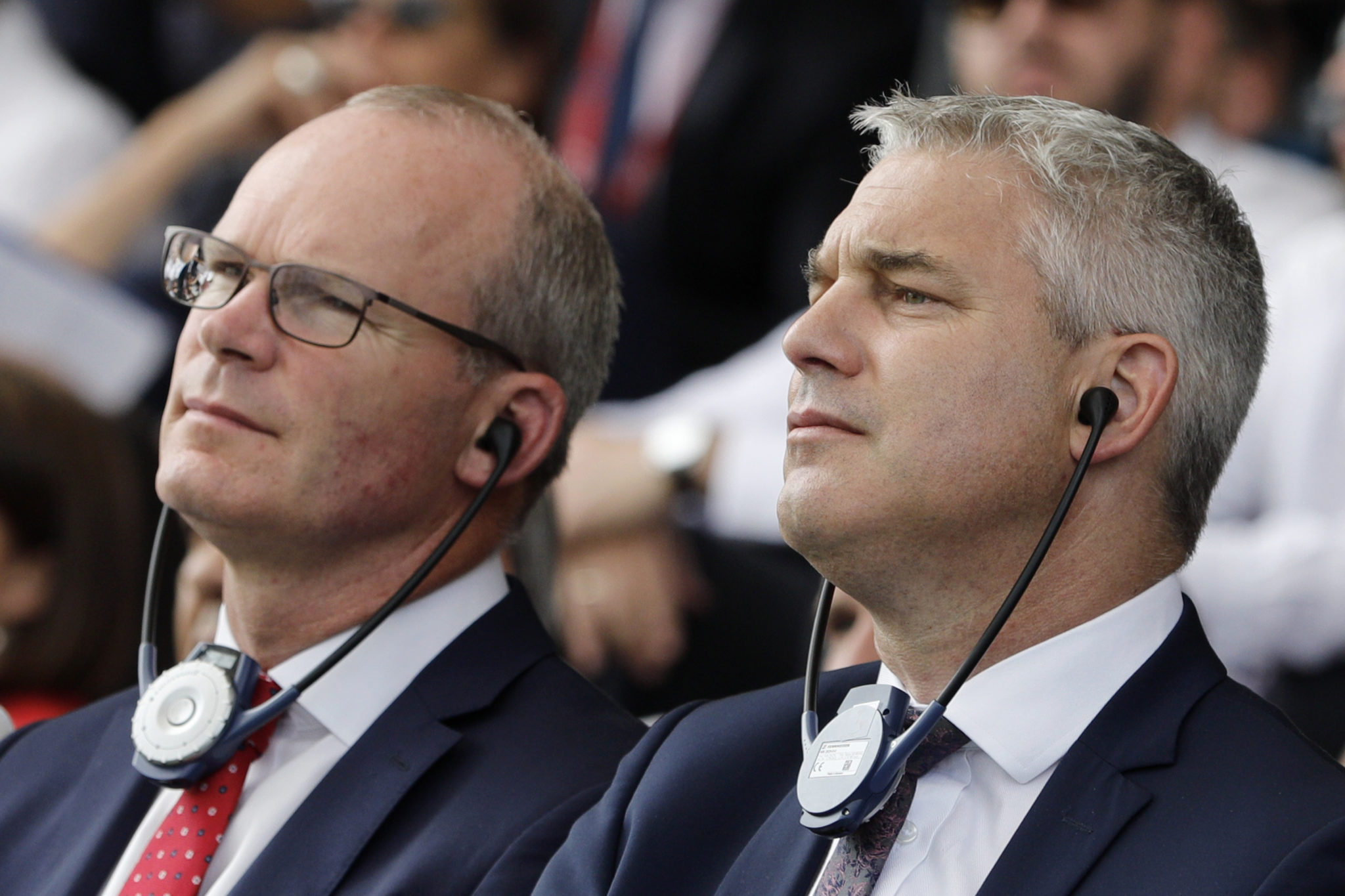 He warned however that they must do the same job as the backstop in terms of providing the people of Northern Ireland with the reassurances they need regarding the border and the peace process.

"Surely that is not an unreasonable ask, even for a small country," he said.

"Ultimately the truth is that the answers lie with Westminster as they have done since Britain voted to leave our union.

"A no deal will not be our choice; it will not be France's choice and it will not be the EUs choice. It will the choice of the UK Government and the British Parliament collectively if they choose to allow it or indeed to deliberately trigger it.

"No amount of political grandstanding or attempts to shift the blame can change this fact."

Minister Coveney was speaking to MEDEF Summer School after meeting with the UK Brexit Secretary Stephen Barclay in Paris.

He noted that while Northern Ireland is part of the UK, it is "unique and complex" in terms of hits history and the "political agreement that has maintained peace and stability for the last 21 years."

He said EU membership has played a huge part in endorsing the Good Friday Agreement - which both the UK and Irish Governments are "co-guarantors of and have responsibility for."

"The EU and the UK together designed and agreed the backstop as an assurance and reassurance mechanism on the basis of the shared understanding of the need to address these unique circumstances and to provide the guarantee necessary to reassure a concerned public," he said.

"Despite what the UK Government is now saying about the agreed Backstop, it is supported by a large majority of Northern Ireland – they are the people we are all trying to protect here."

Speaking to reporters after the event, Minister Coveney said  "it is hard to tell" whether the suspension of the UK Parliament makes no deal more likely, adding that he has " always been very careful not to get involved in the Parliamentary business of Westminster."

He said the Withdrawal Agreement was a fair deal that was good for the UK and acceptable to the EU.

He said it protected the peace process and allowed the Republic to remain in the Single Market while preventing a return to the hard border, "which was a source of such tension in the past."

"Now we have a British Government that seems to be simply wiping the slate clean on the Irish issue in terms of the commitments that they have made," he said.

"We can never sign an agreement with that approach."

"Ireland is reasonable and has always shown flexibility and a willingness to compromise but we are not going to compromise on a peace process that is fragile right now on the island of Ireland."

He said that if the UK needs further reassurance on any issues linked to the deal, "well then let's hear what they are."

"If they have alternative arrangements that can replace the backstop and do the same job as the backstop, well then let's hear that too," he said.

"We are happy to do that but what we won't do is do away with something that we know works for that to be replaced by something vague that hasn't been tested and won't stand up to scrutiny - and that is the approach of the current prime minister."

Officially the move is to allow for a Queen's speech in October.

In practice it means the House of Commons, which is due to resume next week after the summer recess, will be suspended within days.

It will not return until after October 14th, just days before the crucial EU Summit on October 17th and two weeks before the official Brexit date.

The move would severely limit efforts by opposition MPs and Tory rebels to block a no-deal exit.