A former Tánaiste has warned Ireland cannot have an open border policy while also having free travel with the UK.

Senator Michael McDowell was speaking as a recent opinion poll showed that 56% of British voters now believe that leaving the European Union was wrong.

Some 32% still think it was right and the remaining 12% do not know.

However Senator McDowell told Newstalk Breakfast he does not expect London to change its mind.

"I'm not naive, I don't think that there's going to be an instant flip-flop in Britain at this stage to revert to EU membership. 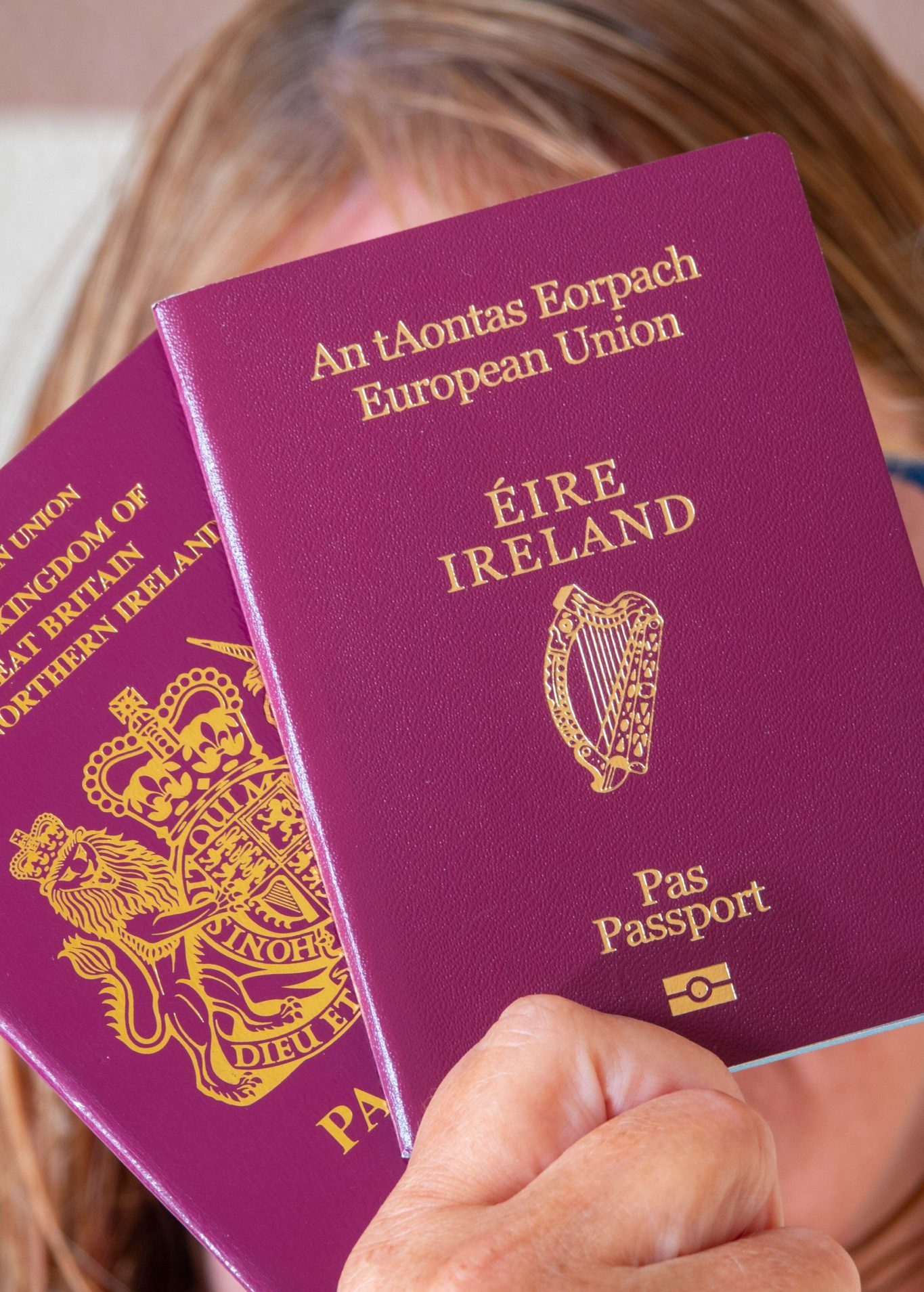 A woman holds an Irish and British passport in front of her face. Picture by: Mick Flynn / Alamy Stock Photo

"The Tories are absolutely opposed to revisiting the question of Brexit, even though a huge number of Tories were remainers.

"That's because they fear Nigel Farage re-emerging on the stage, and because of their first past the post political system they'd lose a whole pile of seats if he was to put up candidates.

"[UK Labour Party leader] Keir Starmer on the other hand is now riding high in the opinion polls - Labour is over 50% approval rating at the moment.

"He's not going to give the Tory media a baseball bat to clobber him now that he's doing well.

"So, nobody's going to speak for that 56% at the moment, except perhaps the Lib Dems".

'Backdoor into the UK'

Senator McDowell said the Common Travel Area between Ireland and the UK could be a new source of contention.

"We have to accept it as long as [Brexit] is there, but you have to face up to all sorts of issues like the effect on Northern Ireland, the Protocol, keeping the border open," he said.

"It does raise the question about if we're going to have open borders can we be a backdoor into the UK, if that's an issue that's arising now?"

He said Ireland will likely have to change its stance on migration.

"There's widespread dishonesty among certain area of public opinion that confuses all migration with all asylum seeking," he said.

"Every sovereign state has to have the laws and systems which control migration - you can't just simply say 'All doors are open; everybody can come in who wants'.

"That's impractical, and we couldn't keep such a system and keep an open border with the UK and free travel area between Ireland and the UK.

"We've got to face up to the fact that we must differentiate between simple migration and asylum seeking - and there is a difference", he added.