Iran has said it will pull out of some of its commitments under the 2015 international nuclear de...

Iran has said it will pull out of some of its commitments under the 2015 international nuclear deal - exactly one year after US President Donald Trump withdrew America from the Obama-era accord and reimposed sanctions on Iran.

Iranian President Hassan Rouhani also said his country would increase the level of its uranium enrichment if new and better terms with world powers are not reached within the next 60 days.

Mr Rouhani issued the ultimatum during a live televised address to the remaining signatories of the nuclear deal - the European Union, France, Germany, Britain and China.

State television reported letters outlining Tehran's partial withdrawal from the 2015 accord had been sent to the countries' ambassadors, and one would also go to Russia.

"This surgery is to save the [deal], not destroy it," Mr Rouhani said.

"If the five countries join negotiations and help Iran to reach its benefits in the field of oil and banking, Iran will return to its commitments according to the nuclear deal."

The 2015 nuclear deal limits Iran to enriching uranium to 3.67%, which can fuel a commercial nuclear power plant.

Weapons-grade uranium needs to be enriched to around 90%.

However, once a country enriches uranium to around 20%, scientists say the time needed to reach 90% is halved. Iran has previously enriched to 20%.

Mr Rouhani warned of a firm response if the matter was referred again to the United Nations Security Council - but said Tehran was ready for negotiations over its nuclear programme. 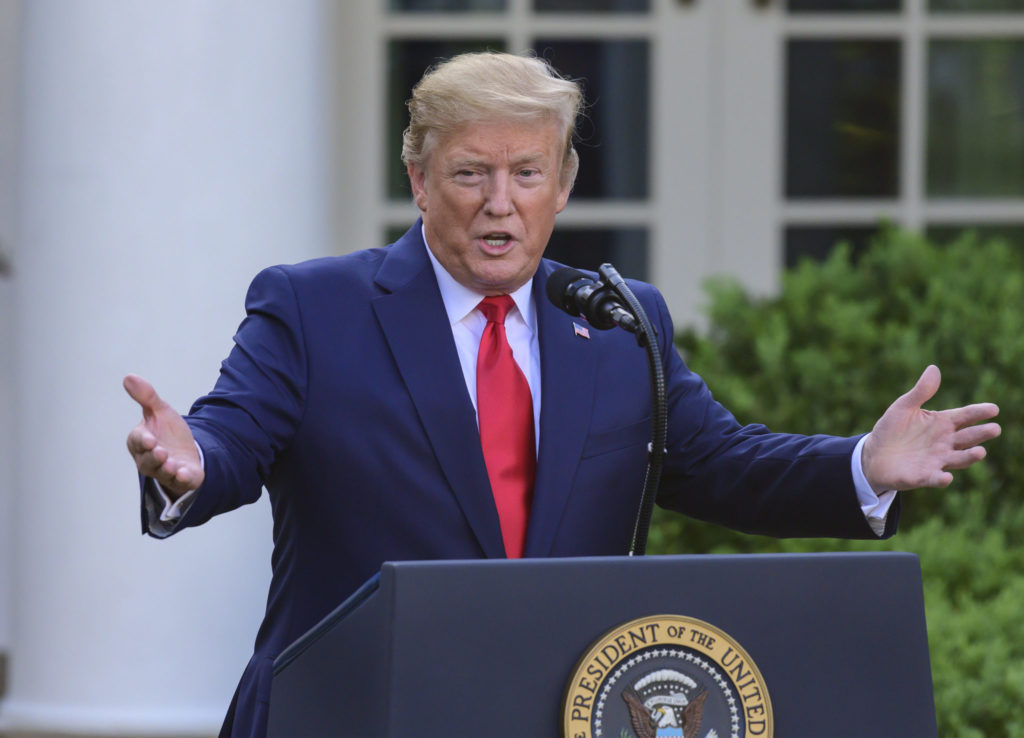 It comes after the US on Friday reimposed a sanction on Iran preventing it from sending enriched uranium to Russia in exchange for natural yellowcake uranium.

Washington also ended a deal allowing Tehran to sell its heavy water to Oman, and ended waivers for nations buying Iranian crude oil, a key source of revenue for the country.

The Iranian threat also comes after the US dispatched an aircraft carrier and bomber task force to the Middle East after it said it had received "clear indications" that Iran was preparing to possibly attack US forces in the region.

US national security adviser John Bolton said on Monday the move to deploy the USS Abraham Lincoln Carrier Strike Group and a bomber task force to the Gulf was in response to "a number of troubling and escalatory indications and warnings".

Speaking during an unannounced visit to Iraq on Tuesday, US Secretary of State Mike Pompeo said: "The message that we've sent to the Iranians, I hope, puts us in a position where we can deter and the Iranians will think twice about attacking American interests."

He said the US intelligence which triggered the deployment was "very specific" about "attacks that were imminent".

Main image: Iranian President Hassan Rouhani speaks during a cabinet meeting. Rouhani said Wednesday that his country will pull out of some parts of the nuclear deal, that limits the sale of surplus enriched uranium and heavy water, setting a 60-day deadline for the other parties to the deal to choose between meeting their oil commitments or following US sanctions | Image: Ebrahim Seydi/DPA/PA Images