Voluntary unpaid time off has been offered to Intel staff in Leixlip as the company tries to cut costs by up to US$10 billion (€9.54bn) globally.

Workers at the campus have been told they can take three months out, as the technology firm tries to make savings.

The company announced earlier this year it was boosting investment by €12 billion at a new facility here with 1,600 roles.

Intel employs some 5,000 people at the site in Co Kildare.

"Some of this has been expected, we didn't know how it was going to play out," she said.

"There was an announcement that there was going to be a €10 million [sic] cut globally over the next three years - so we knew they were looking at cost-savings and efficiencies.

"It's only now that we're starting to hear some detail in the last 24 hours."

Deputy Murphy said it is possible to have an expansion and cutbacks at the same time.

"They employ people over a very wide catchment, and you can understand that because it's one the largest private employers.

"You can have both an expansion and cutbacks at the same time; and that's the bit I think is maybe better understood locally. 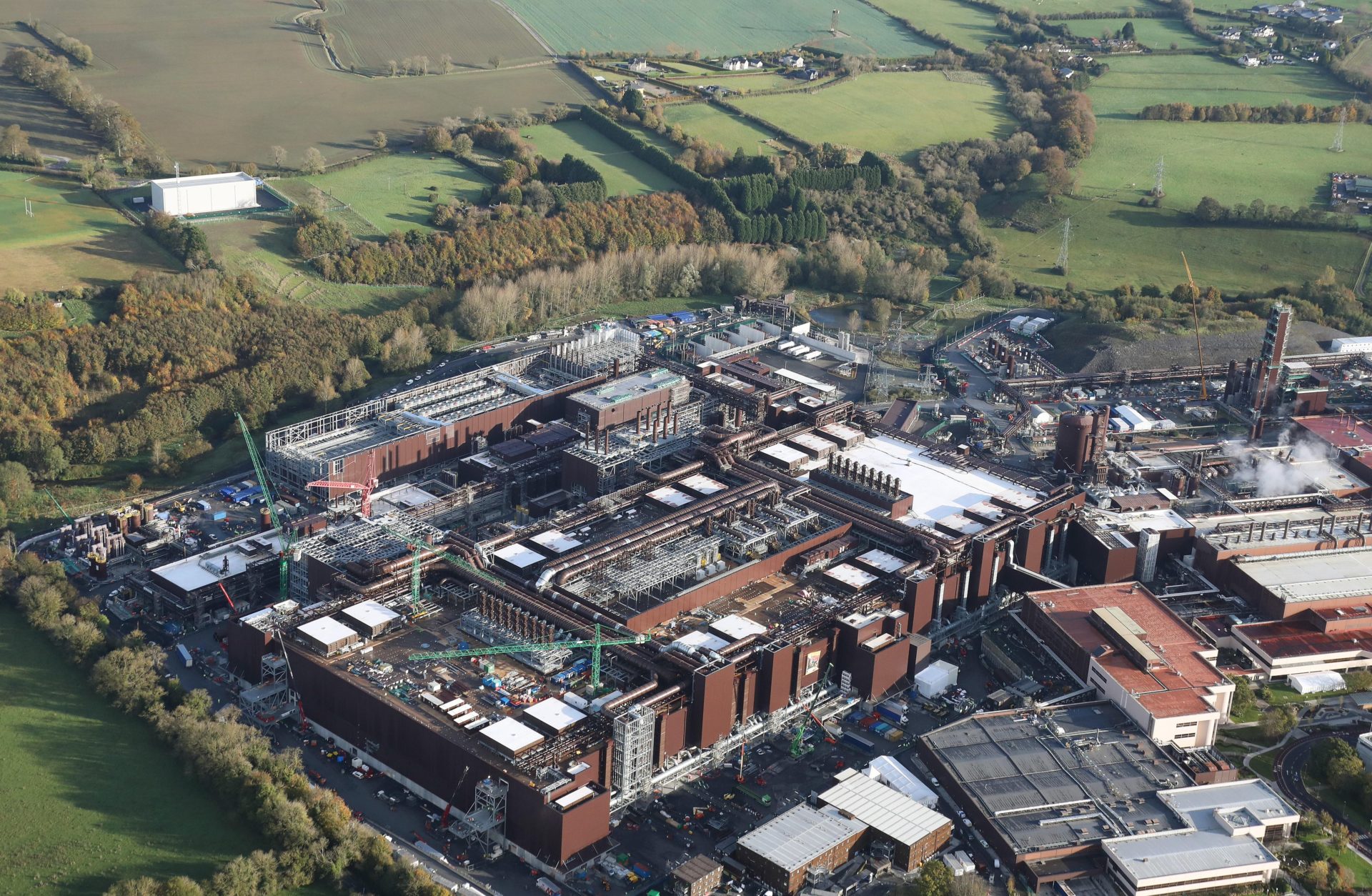 An overview of the Intel plant in Leixlip, Co Kildare. Picture via @Intel_IRL on Twitter

"There's an understanding that this is a short-term impact."

She said the US firm has dealt with downturns before, and subsequently bounced back.

"We have seen that repeatedly over the decades that they have been there; they're seen as a company that is there into the future.

"I would say they engage well with the community... the important thing [now] is that there is clarity for the staff as soon as possible."

'Short-term tightening of the belt'

Newstalk Technology Correspondent Jess Kelly said the last time there was a lull, Intel was in a better position.

"We've heard from the company and from sources that this isn't about their commitment to Ireland," she said.

"It's not about shutting down this plant at all: it's about a short-term tightening of the belt.

"I've looked at the history of the semiconductor and the chip world, and it does go through peaks and troughs.

"The issue now is that when there was a bit of a trough before, Intel could almost take a breath because they were still number one.

"The issue now is that there is this trough, but they're no longer number one.

"So, you've that extra bit to grapple with.

"They're looking to make significant savings with these short-term extended periods of leave - they don't want to let people go.

"They want to keep their headcount where it is," she added.