Increase in complaints to Children's Ombudsman amid Leaving Cert uncertainty

The Ombudsman for Children Dr Niall Muldoon says his office has received a large number of comp...

Increase in complaints to Children's Ombudsman amid Leaving Cert uncertainty

The Ombudsman for Children Dr Niall Muldoon says his office has received a large number of complaints, amid continuing uncertainty surrounding the Leaving Certificate exams.

The Leaving Cert exams are set to begin at the end of July, however no details have yet been agreed.

It followed a sixth meeting of stakeholders on Wednesday - including representatives of students, parents, teachers, school leadership and management bodies, the State Examinations Commission (SEC) and the National Educational Psychological Service.

The Ombudsman expressed concerns to the minister about the State exams and welcomed his engagement on the issues.

Dr Muldoon said there were a large number of complaints made by parents and students to his office over the past number of weeks.

These relate to mental health concerns, special education needs, digital discrimination and inequity in the provision of continuity of learning.

In a statement, Dr Muldoon said: "Parents and students have raised concern about the impact that the disruption may have on those who are already vulnerable; children suffering from anxiety, depression, eating disorders or those who are victims of abuse.

"The mental health of all students, even those who previously would not be considered at risk was raised."

He also relayed messages received from parents about the pressure felt by students who, for two years, have been working towards a fixed end point in June and now that pressure is sustained for two more months.

"Families are suffering from financial strain; some students are concerned the funds will not be there to support them if they do get to college and some students are trying to study with other siblings in the house and parents working from home."

Those with special educational needs have been unable to access their usual in-house school supports to enable them to adequately prepare for these examinations. 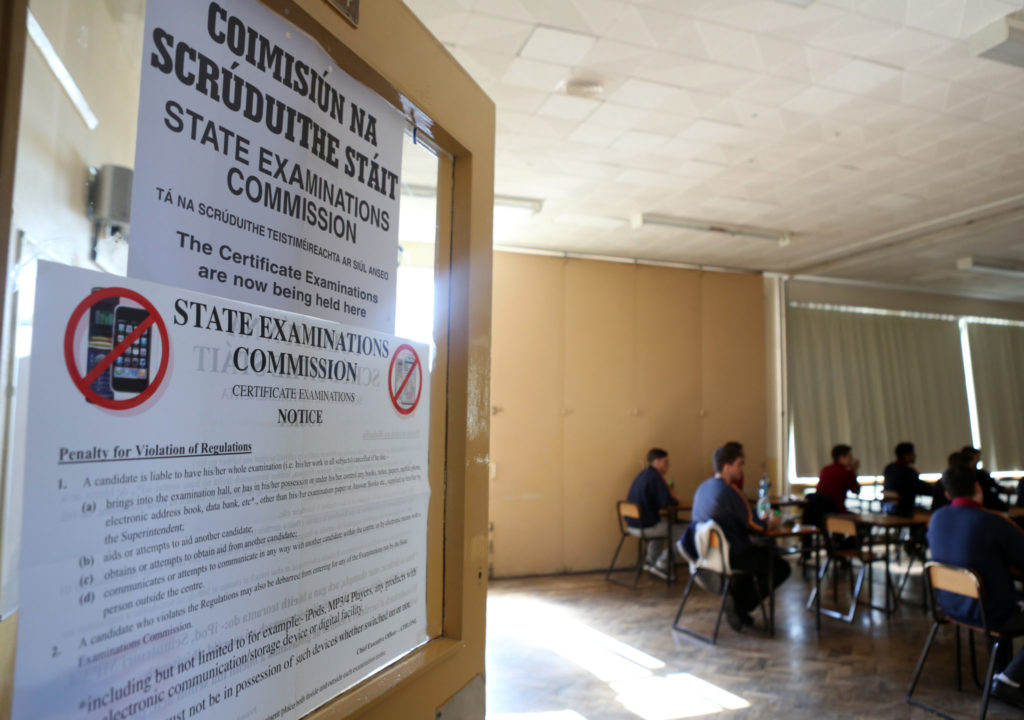 It was also highlighted how such students will be seriously challenged by home schooling because of the lack of structure and discipline and support compared to the formal education settings they are used to.

The Ombudsman also received a number of complaints on behalf of children who do not have a secure, reliable broadband service.

He said: "Families who do not have the financial resources to provide high quality broadband or the equipment needed to stay up to date with schoolwork have contacted the Office of Children’s Ombudsman.

"There are also students who do not have the support of parents or family members who are IT literate and can understand and help with online activity."

Dr Muldoon also expressed his concern about children living in communal accommodation that may have heavily relied on school resources such as breakfast clubs and homework clubs, due to the lack of space at home.

This would include children living in direct provision, homeless accommodation, halting sites and residential centres.

Dr Muldoon said: "On a purely human level there are 61,000 children who are deprived of all the positive elements of finishing school, the comradery, the sports days, fun days and general acknowledgement that they have moved from a child to an adult over a six-year period.

"This is a crucial rite of passage for so many and it is the closeness of friends and the support of teachers and other school staff which makes the chore of studying worthwhile - but that has been taken away from this cohort of children and it will always hurt, no matter what results they get in the exams.

"I really hope that clarity can be provided to children, their parents and teachers as soon as possible to avoid further anxiety amongst an already vulnerable group of people."

'Sharp glass found in soup' among FSAI complaints in 2020