The Taoiseach has been surveying the destruction caused by Russia’s invasion of Ukraine this af...

The Taoiseach has been surveying the destruction caused by Russia’s invasion of Ukraine this afternoon ahead of his meeting with the country’s president later.

Micheál Martin is the latest in a string of leaders to visit the country – and is the first Taoiseach ever to do so.

He arrived in the country this morning after an overnight trip by land.

In the capital Kyiv he visited the war-torn suburbs of Borodyanka and Irpin before visiting the town of Bucha earlier, where he was shown a mass grave.

The Taoiseach is using the visit to reiterate Irish solidarity with Ukraine in the face of Russian aggression. 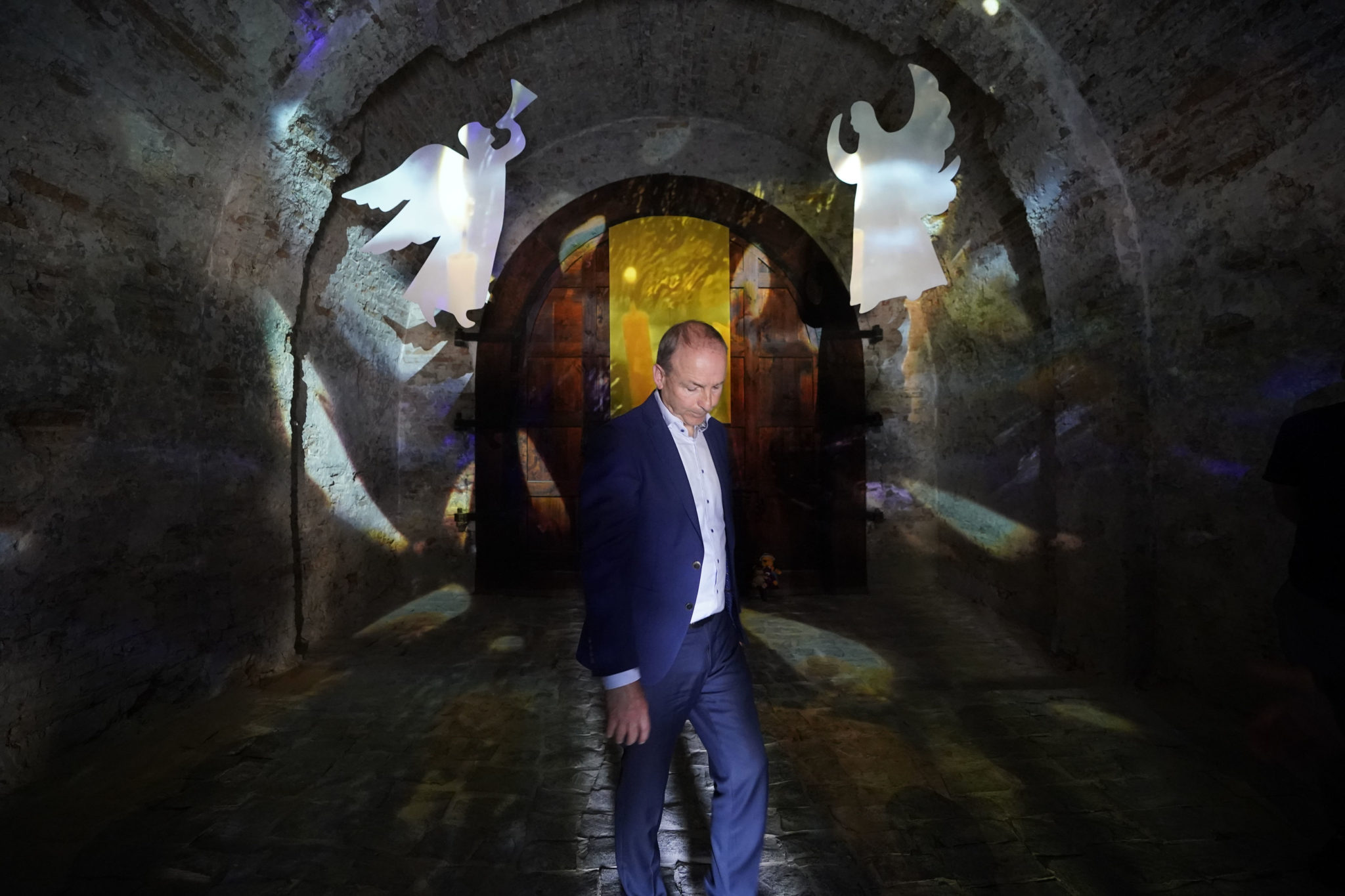 Taoiseach Micheal Martin views the memorial to children killed during the Russian invasion at the Crucified Ukraine Exhibition at the National Museum of the History of Ukraine in the Second World War in Kyiv, 06-07-2022. Image: Niall Carson/PA Wire

Speaking ahead of the visit he said:

“The people of Ireland stand with Ukraine and its people in the face of Russia’s immoral and unprovoked war of terror.

“The bombardment and attacks on civilians are nothing short of war crimes, and I will use my visit to express Ireland’s support for moves to hold those behind these attacks fully accountable.

“The spirit and resolve of the Ukrainian people has inspired us all, and Ireland will provide every support for Ukraine’s path to full EU Membership, and continue to welcome and support civilians fleeing this war.”

He is due to meet with President Volodymyr Zelenskyy later today.

You can see a summary of his visit so far in pictures below: 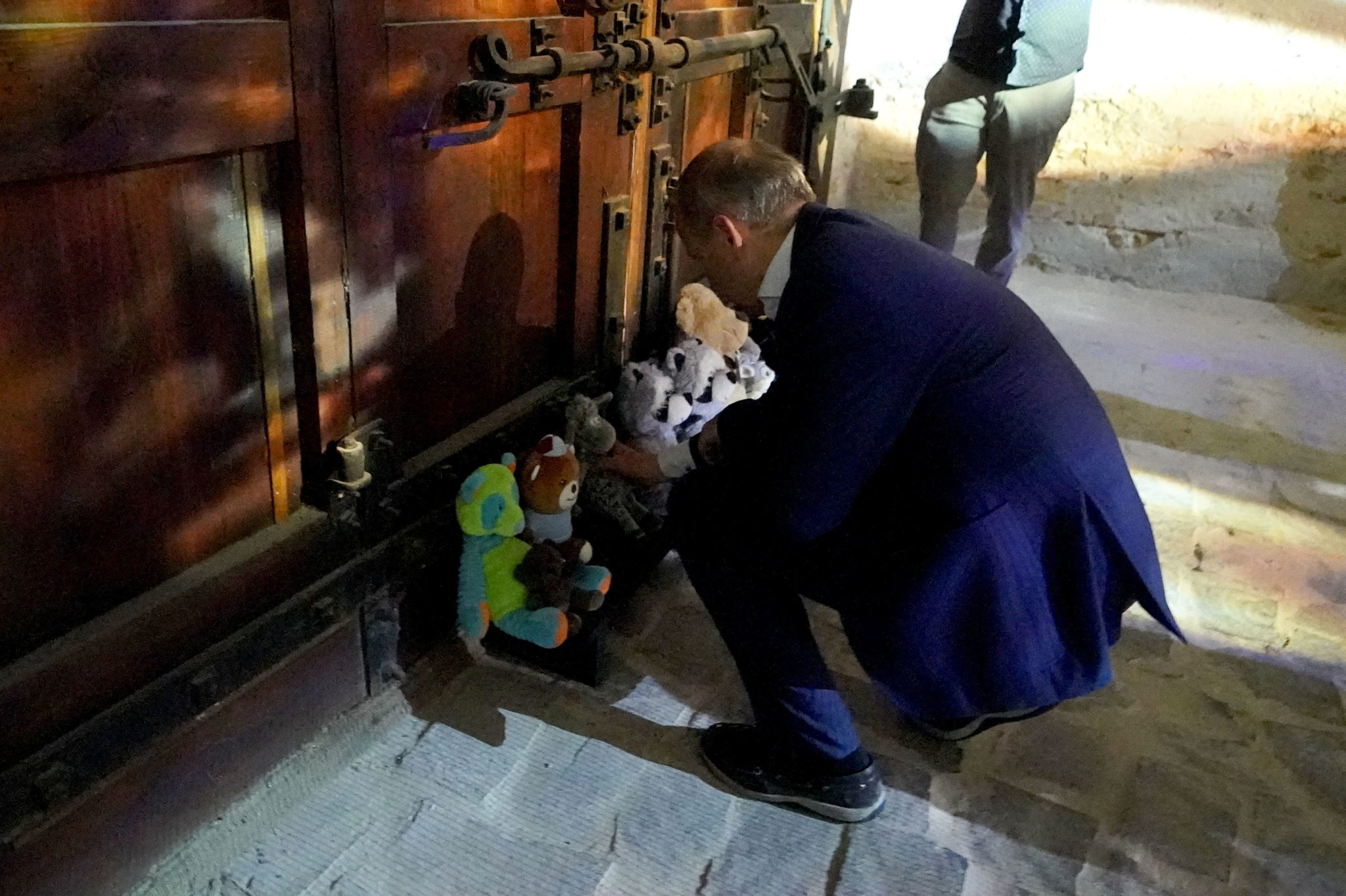 Taoiseach Micheal Martin places a soft toy at the memorial to children killed during the Russian invasion in Kyiv, 06-07-2022. Image: Niall Carson/PA Wire/RollingNews

Today,@MichealMartinTD is in Ukraine with a first-ever visit of the Taoiseach to our country to express Ireland’s solidarity and support. He has already been to Borodyanka to witness the aftermath of the RU occupation and visited the memorial of Holodomor. #StandWithUkraine️ pic.twitter.com/Xk2bn67YBS

It is difficult to comprehend the devastation and inhumanity of Russia's attacks on Irpin, Borodyanka and Bucha.

Clear how important it is for women and children to get to Ireland to escape trauma and brutality. We stand with Ukraine 🇺🇦 pic.twitter.com/aFcfJLn9SM 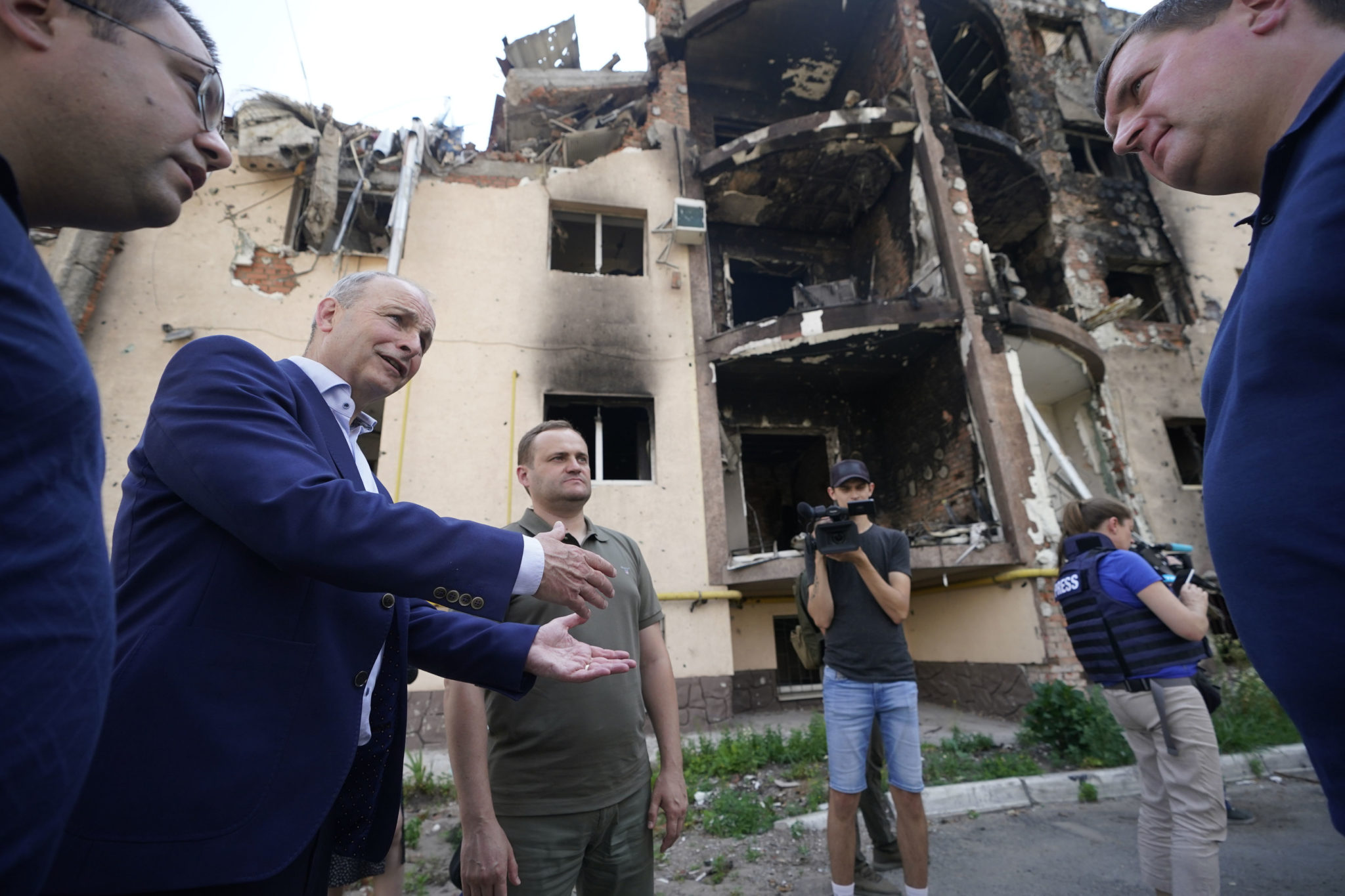 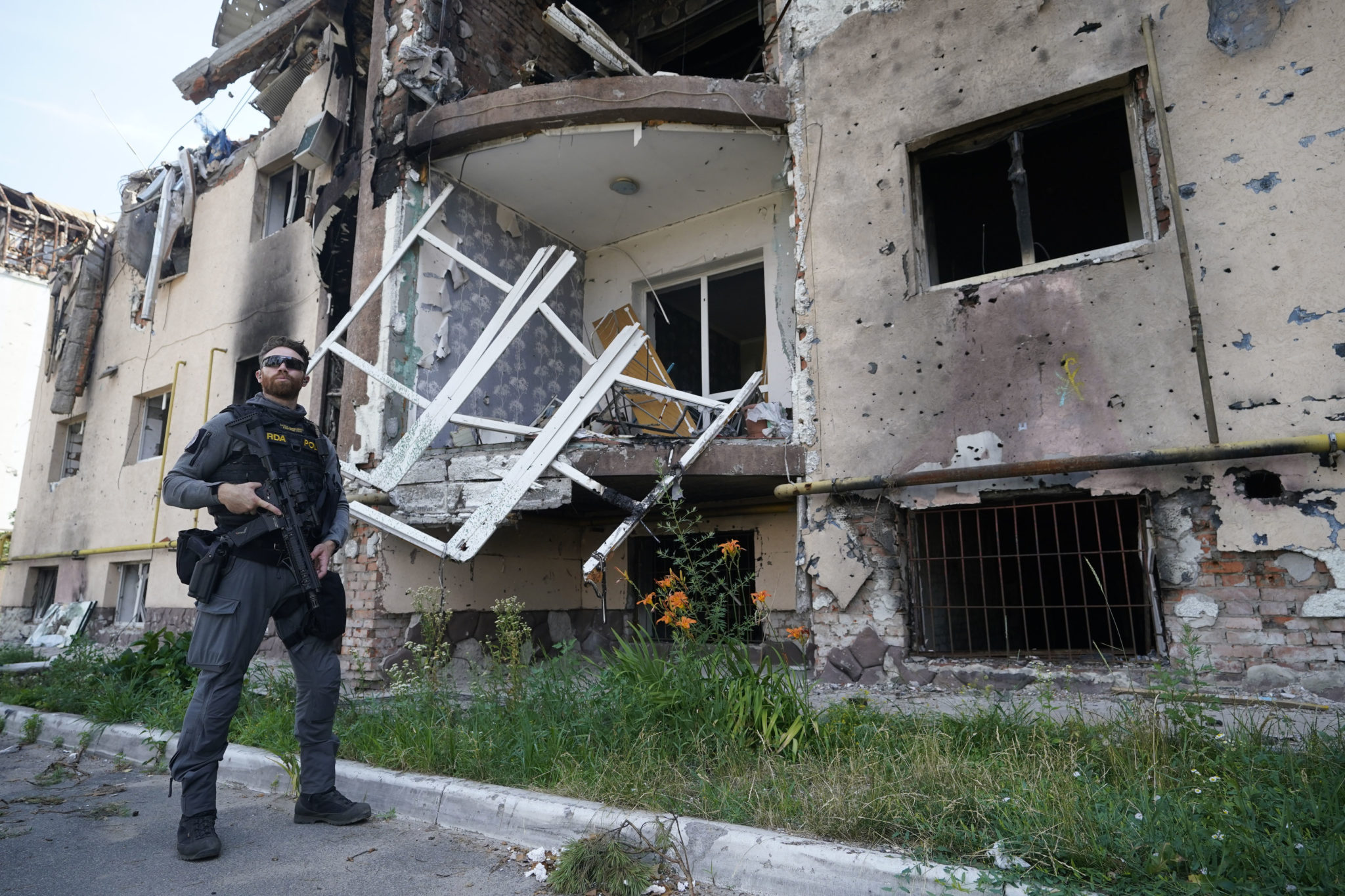 A member of the Garda Emergency Response Uniit (ERU) stands in front of a damaged building whilst providing security for Taoiseach Micheal Martin in the city of Irpin, Ukraine, 06-07-2022. Image: Niall Carson/PA Wire/RollingNews 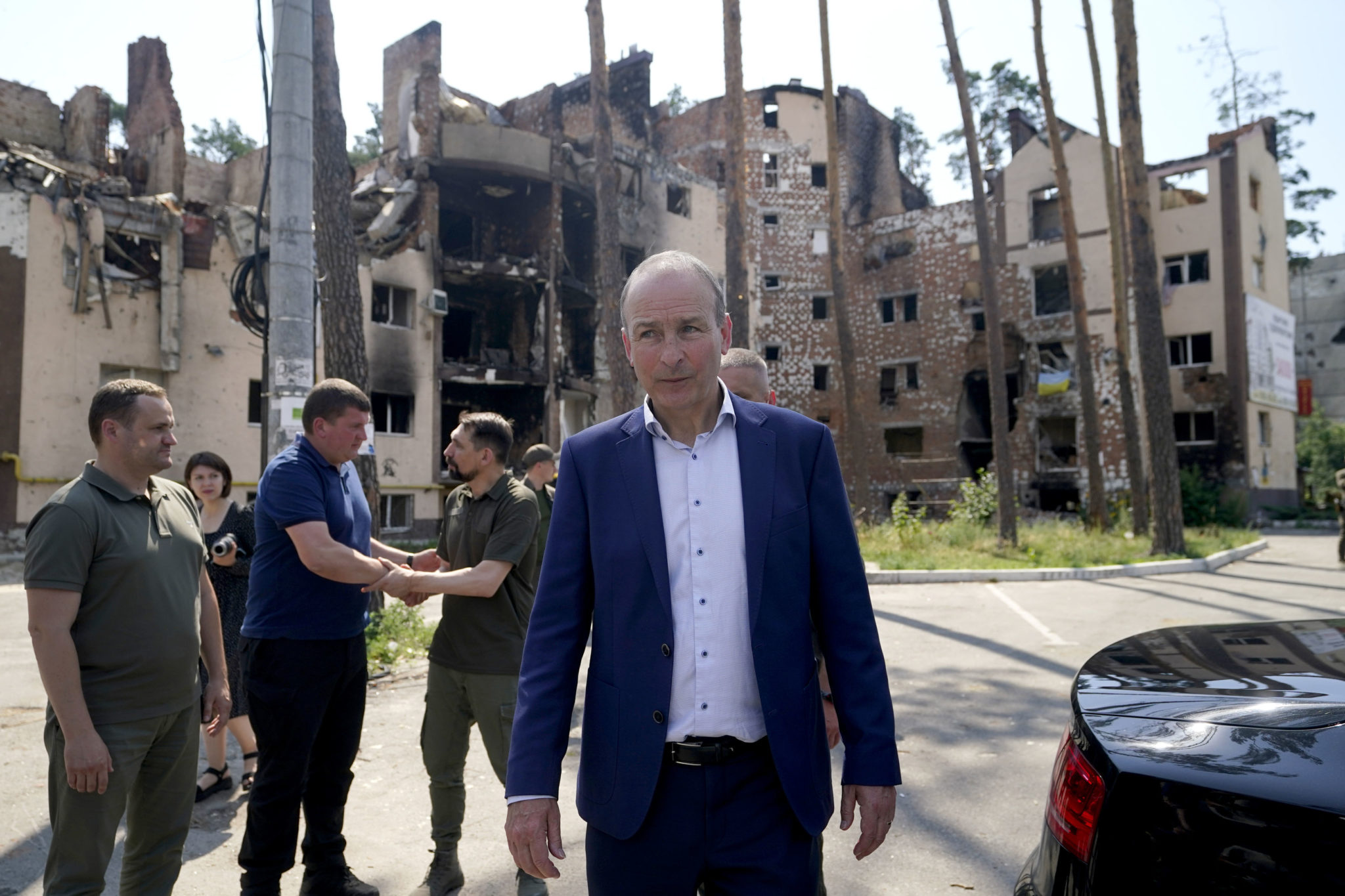