'Let’s have some standards in this country' - Café owner bans customers wearing pyjamas.

A Meath café owner that banned pyjamas from her store has said it is time people ‘smarten themselves up’ and get dressed before going out the door.

The Sage & Stone Café in Duleek posted a new ‘no pyjamas allowed’ rule on social media this week after two customers came in wearing pyjamas, dressing gowns and slippers.

The café said it welcomes anyone and everyone wearing smart casual clothing but ‘draws the line’ at pyjamas.

“I arrived in after dropping the kids off at school - not in my pyjamas by the way - and I had two women being served by my lovely staff, who were all suited and booted in their clean uniforms.

“They were serving these two women in their pyjamas, dressing gowns and slippers and sorry, they were on their holidays on the way to the airport.”

Do many people even wear their pyjamas out 🤔 pic.twitter.com/2Xvu5XSyNr

She said the women were on their way to the airport to fly to New York.

“I tell you I wouldn’t like to be sitting beside them on that plane because those pyjamas were not on their first use – they weren’t fresh.

“That was quite discernible because they had walked around my gift shop and we had to have a little bit of a spray after it. 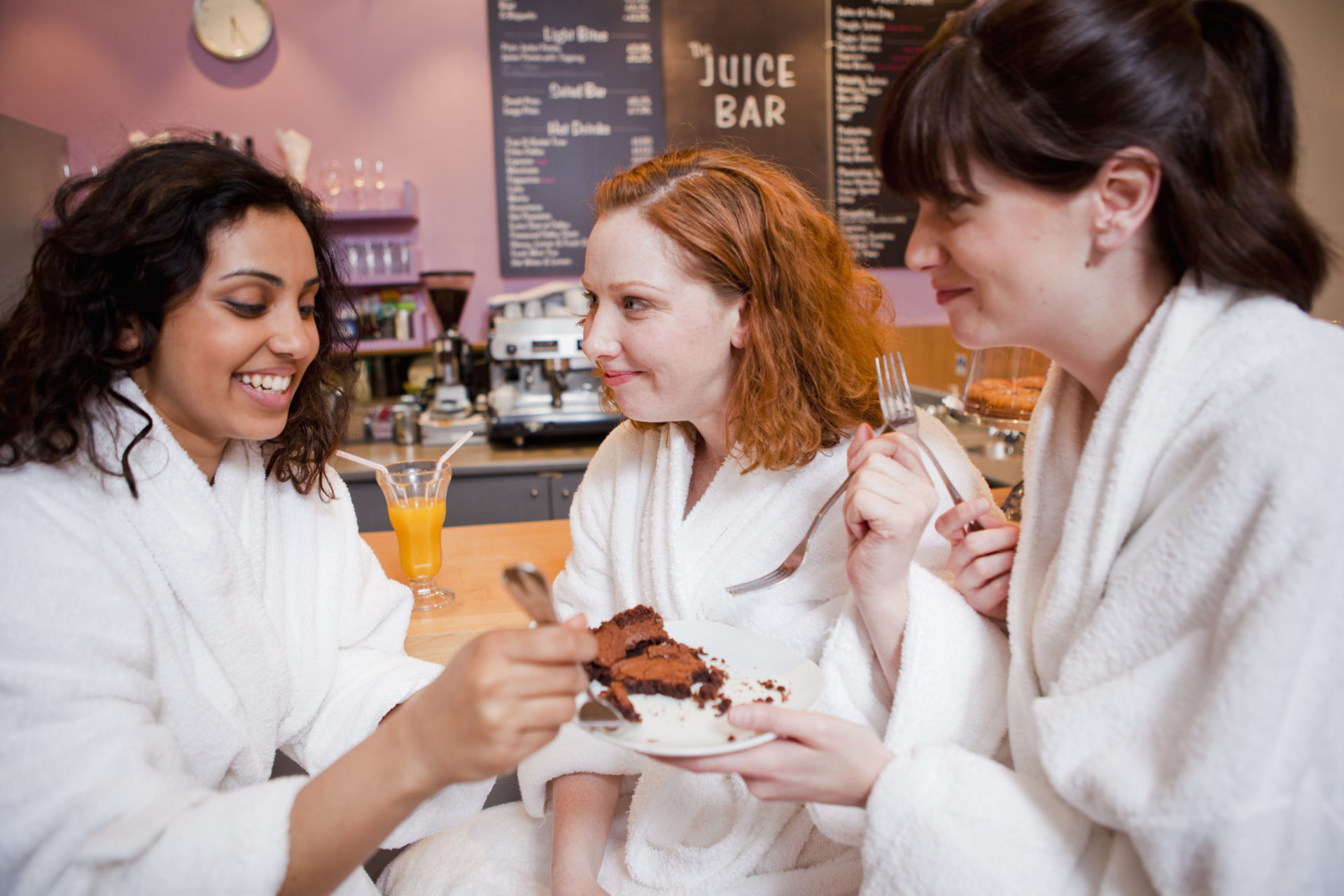 An illustration of people in a café in their dressing gowns. Image: Cultura RM / Alamy Stock Photo

She said she had to take down the original social media post because the debate had started to “turn toxic,” with people on both sides getting nasty with each other.

She said the responses showed that plenty of people want to be able to head out to cafés in their Pjs.

“Let’s just get dressed every day,” she said. “Let’s just smarten ourselves up in this country.”

“Like, I’ve seen it; I’m watching people go into the supermarket in their pyjamas and I think it’s dreadful. So, I’m not having it in my place.

“I think, let’s have some standards in this country and let people get dressed and washed and out the door.”

Newstalk reporter Aoife Kearns asked people attending the National Ploughing Championships in County Laois what they thought of the rule.

“They’re definitely right,” said one man. “Pyjamas for a woman, it doesn’t do her any good. It doesn’t add to her appearance and they should be worn in bed, completely covered up all the time – not for people to see.

He said he is an “old-fashioned guy” who hates to see people out and about in their pyjamas.

“Women should have respect for themselves and dress themselves up when they’re out,” he said. “Just leave the pyjamas for the bedroom.”

One woman disagreed: “I think I’d be all for pyjamas,” she said.

“I would go out in my pyjamas. I don’t think they should stop people but that is everybody’s personal choice”

Asked id she has ever popped out in her PJs, she said: “Yeah definitely. Just to the Centra, like the local shop.”

Another woman said she would go the supermarket in her pyjamas but not a restaurant.

“With the café, I can understand not having the pyjamas because there are a lot of people there to eat and just sit instead of just popping out,” she said.”