A mother whose home is crumbling due to Mica-affected blocks has said her biggest fear is that it will collapse with her family inside.

A mother whose home is crumbling due to mica-affected blocks has said her biggest fear is that it will collapse with her family inside.

Up to 7,000 homes in Donegal, Mayo and Sligo are thought to have been built using defective blocks that are disintegrating due to high levels of the mineral mica.

The Government is due to announce updates to the redress scheme which currently offers homeowners 90% of the cost of repairs.

Last week, more than 10,000 people marched in Dublin calling for that to be increased to 100%.

On The Pat Kenny Show this morning, Newstalk reporter Barry Whyte spoke to families in Donegal to find out how the crisis is affected their daily lives.

Deirdre McLaughlin from Carndonagh said “every day is just a nightmare” for herself and her daughters.

“Where you are seeing it first-hand it really does hit hard,” she said.

“I am not sleeping at night; you might get an hour or two and then you are waking up and you are worrying and panicking. Every day is just a nightmare.”

Seeing these homes in person is something else. Truly shocked. A house that could fall down soon, yet people have to continue to live here. I’ll be on the @AntonSavageShow on Saturday with a report on this pic.twitter.com/VKATKO4I8f

She said she is worried about the effect it is having on her daughters.

“They are living here and they are noticing new cracks inside,” she said. “They are always saying to me, Mammy did you see that crack in the hall and then we go and look at it thinking oh God there is another one, what’s going to happen tomorrow or next week?

She said her biggest fear is that the house will collapse during the winter.

“I am worried about this winter because if we have another harsh winter, I dread to think about the impact that is going to have on my house.

“Is it going to be standing? I hope to God we are not in it if it does collapse.”

A survey of 2,000 homeowners recently carried out by the Mica Action Group found that 70% were experiencing anxiety and one-quarter have been prescribed medication for depression. 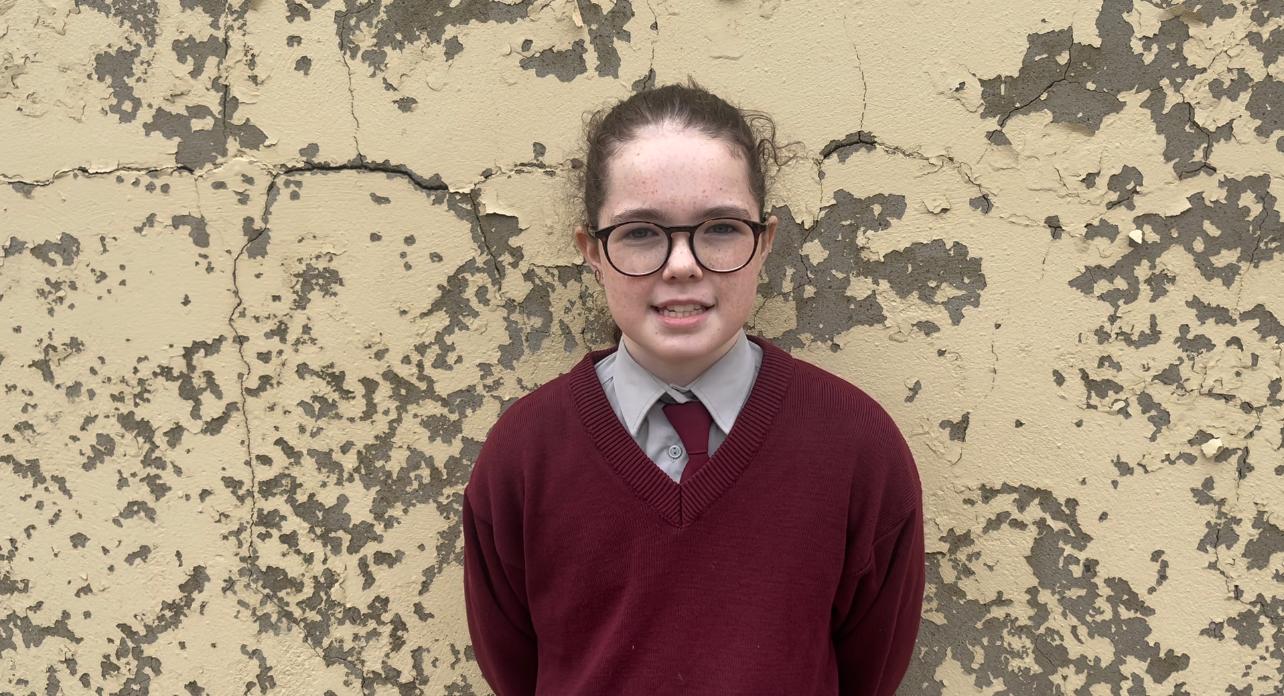 12-year-old Mackenzie McDaid, who lives in a mica-affected home with her parents Tanya and Brian told Barry she is having trouble sleeping at night.

“I worry when I go to sleep that the roof is going to fall on top of me,” she said. “I was sleeping in my bedroom and I heard a big bang and a big pile of plaster had fallen off the wall.”

She said all the children at school are talking about the crisis.

“It is the only thing we kind of talk about,” she said. “With Mammy and Daddy talking about it, you understand more about and it makes you worry about how your house is going to progress.

“There are 15 out of 16 in my class who have mica and know that they have mica. We would be very worried and we kind of comfort each other by talking to each other about it.”

“I do strongly believe there should be more in terms of mental health services because I know myself and other councillors in the area now have waiting lists,” she said.

“So, definitely having more services available to signpost for children and families is greatly, greatly needed, without a doubt.”

The report of Working Group on the Defective Concrete Blocks Scheme, delivered to the Government at the end of September suggested taxpayers should cover the cost of remediation works, but not the full cost of demolition of homes.

The Housing Minister Darragh O’Brien is due to bring proposals on an updated redress scheme to Cabinet before the end of the month.