One TD, who made history by bringing her baby into the Dáil chamber, said she had no other choice.

Ceann Comhairle Seán Ó Fearghaíl said "history was being made".

Deputy Wynne told Moncrieff: "I actually wasn't aware, I was just so engrossed in the moment itself and how it was going to go I didn't give it a second thought.

"It was quite lovely - a very warm experience - and thankfully baby Collins reacted well in the situation as well.

"She was very smiley".

The Independent Clare TD said this wasn't about making history, but out of necessity.

"The creche here that is available closes at 6.15, the voting bloc was scheduled for 8.30.

"It went a bit early at 8.15, but I had just no other option but to take Collins in with me to be able to cast my votes." 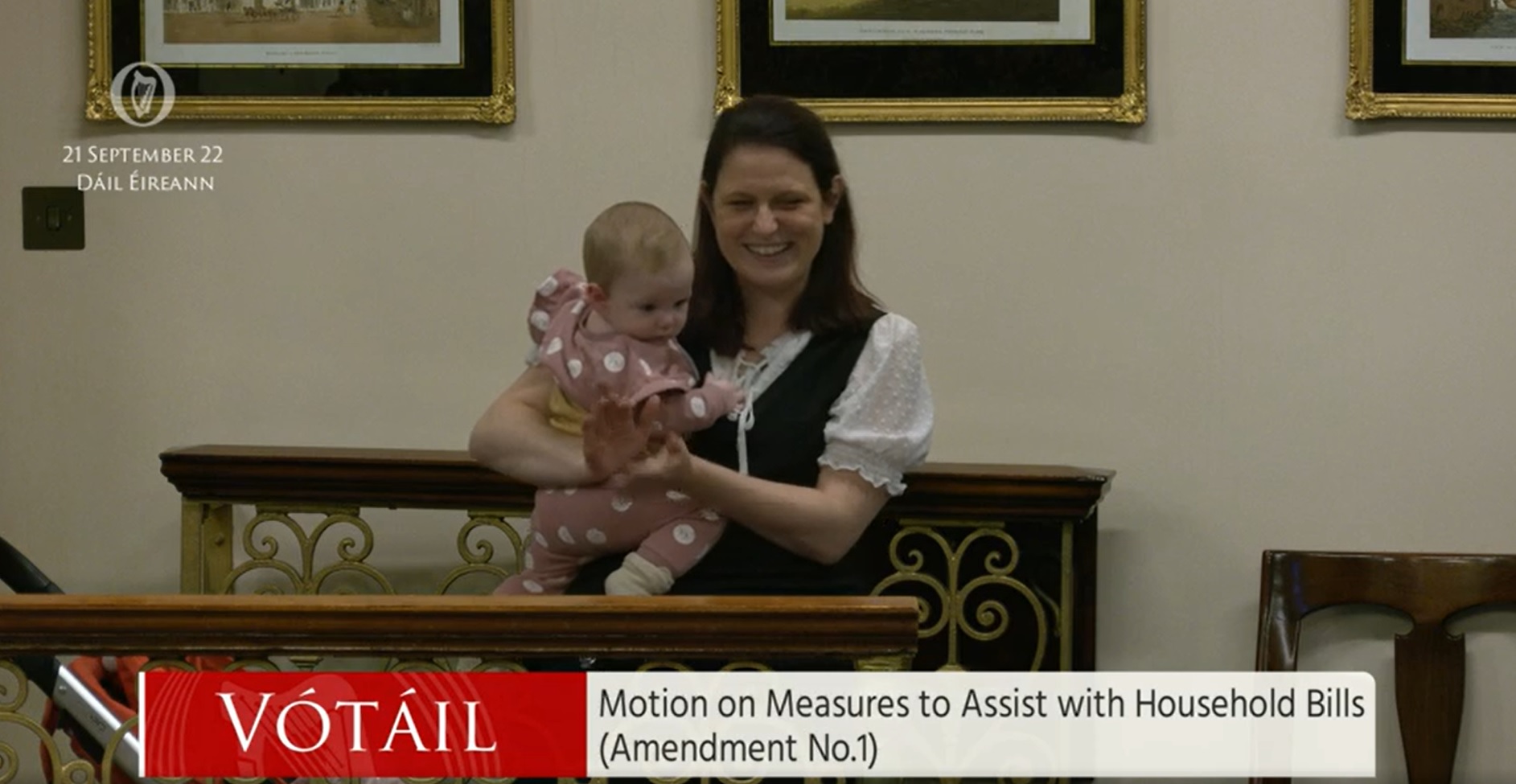 "She was actually asleep when I brought her in to the chambers at first, so I was able to leave her just behind me - because my seat is at the very back - in her parm.

"One of the ushers stood with her in case she woke up - she did actually when the bell went off."

She said this wasn't planned ahead of time.

"I hadn't even planned to bring baby Collins with me to Leinster House.

"It's just I came up here for the first time after having baby Collins last week, and because I'm combined feeding with her at the moment she would usually have a feed during the night - and it just didn't go well at all last week.

"So I made the decision to bring her with me this week, it was all very last minute".

Deputy Wynne also prised the creche for being able to facilitate her in the week, but added: "We are in 2022 and it does bring about and highlight the issue around your working day not being 9 to 5.

"It poses, I would say for many, great difficulties".

"I know staffing has been an issue for any sector, but in particular in the early years sector.

"But I suppose there has been an already 31% increase in change in circumstance applications from early learning and care services.

"We are seeing unemployment rates thankfully reduce, so there is going to be an even further need for childcare facilities and maybe for increasing the hours as well".