Waltons Music is marking 100 years in business, but one family member wasn't sure they'd get here.

The Irish family-run company has a shop in Blanchardstown, after closing its Dublin city centre store back in 2018.

While it also runs a music school on George's Street in the capital.

Niall Walton told Lunchtime Live he's as surprised as anyone.

"I've been in the business for over 45 years, and I genuinely didn't think we'd get there.

"But suddenly it arrives and you're 100 years old.

"But you never think of it - you know why people don't take out pensions when they're young because they never think they're going to be old". 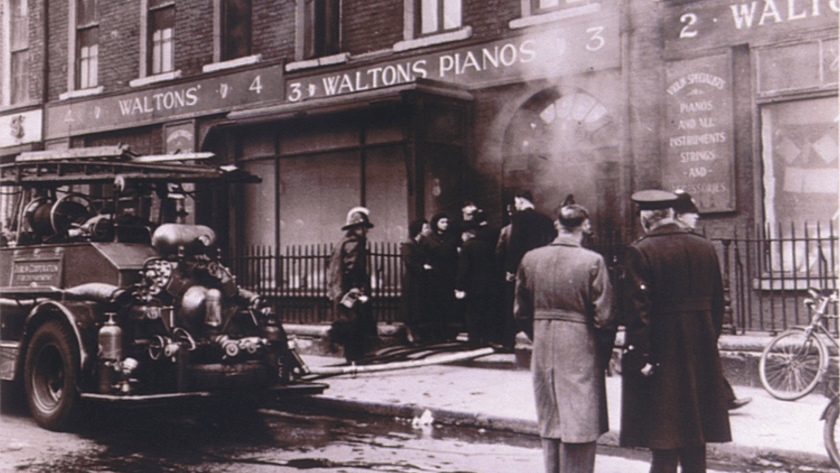 He says the idea for the business came to his grandfather when he was in a prisoner of war camp during the War of Independence.

"He organised an orchestra while he was in there, and when they left they were asked to sell the instruments and give them back to the Red Cross at the time.

"So he sold them and, when he was released, and he thought 'OK I can make a living doing this'".

Niall says tastes have changed a lot over the years.

"When I was kid hanging around Frederick Street, where the first shop which he set up in 1922 was, I remember the buses for the showbands being outside.

"And they'd be coming into the shop then on a Saturday before doing the shows.

"Before that, I remember it was accordions were big - first of all violins - then accordions, then it was acoustic guitars, then electric guitars.

"But the funny part of it was watching from the showbands - which was short hair, very very well dressed, very sharp - then going to [the] rock n' roll era.

"Both the instruments changed in a way and the dress and the fashion changed.

"But fundamentally, what we do is we supply all kinds of musical instruments to suit all tastes."

And he says the business has been through all manner of ups and downs, as his grandfather recounted to him.

"He said 'When I was starting at your age, O'Connell Street was in ruins from the War of Independence'.

"'We were just starting to get going when the Wall Street crash occurred... then De Valera declared the Economic War in 1933, that brought us to our knees again'.

"So even going through the last two years, that thinking says we'll get through it".