Hurricane Lorenzo has set a record for being the strongest ever to make it so far east in the Atl...

Hurricane Lorenzo has set a record for being the strongest ever to make it so far east in the Atlantic Ocean.

As it passed over the ocean this week, the category four storm had winds up to 233kmh.

It has been upgraded to a category five - with 257kmh winds - and it is heading towards the Azores islands.

Its remnants could hit parts of Ireland and the UK in the coming days.

Met Éireann says: "In the coming days it is expected to gradually track northeastwards in the direction of Ireland. 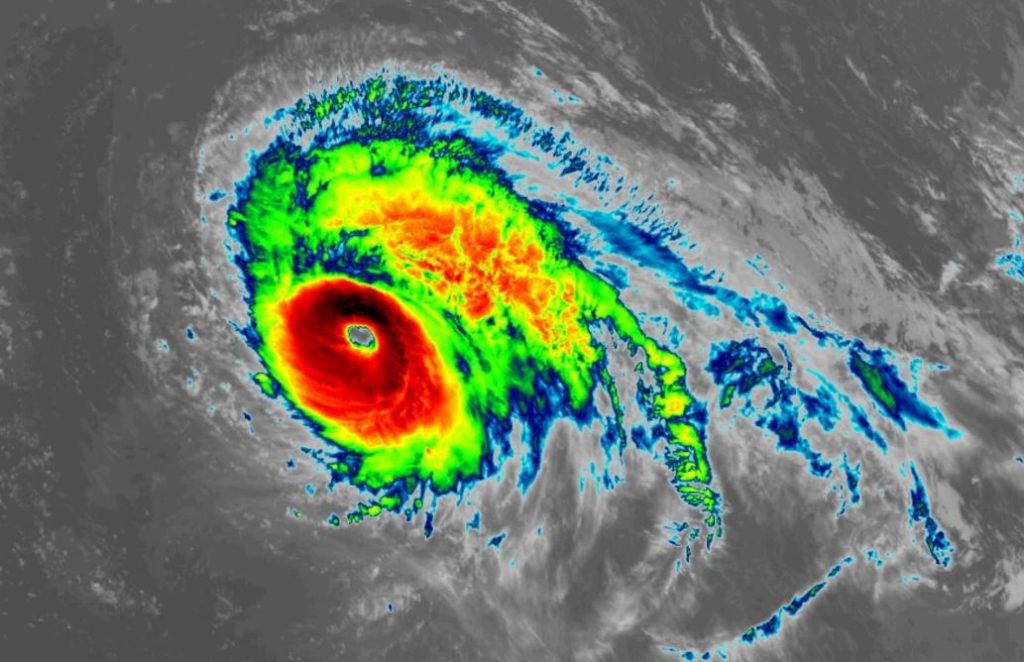 "However, the exact track and the severity of the system once it comes closer to land is still uncertain.

"It is expected to lose its major status soon and transition to a hurricane".

The latest US National Hurricane Centre forecast shows the hurricane bending gradually towards Ireland, but with a margin of uncertainty around its track.

You may have heard reports that #HurricaneLorenzo is heading towards the UK? ??

Well it won't be a hurricane, but remnants of the storm may come our way - however, there is large model spread and so big uncertainties ?? pic.twitter.com/WyX20SLjxu

Lorenzo has been continuing on its northern path after being declared by experts as "the strongest hurricane east of 45 degrees west longitude in the Atlantic on record".

It was predicted to turn northeast on Sunday.

Although major hurricanes like Lorenzo are not rare in the Atlantic Basin, where it is located relative to its force is very unusual.

Lorenzo was officially declared a major hurricane on Thursday.

On Saturday, the National Hurricane Centre said Lorenzo was "still a major hurricane".

"Swells are also expected to build near the Azores on Sunday and Monday. These swells are likely to cause life-threatening surf and rip current conditions.

"As of 11am AST/EDT the centre of Hurricane Lorenzo was located over the central Atlantic Ocean about 1,500 miles (2,415km) southwest of the Azores.

Hurricane Dorian makes landfall in the US