The HSE recorded more than 360 data-protection breaches in the first ten months of this year.

According to documents released under the Freedom of Information Act, there were 363 reported data breaches at the HSE between January and October of this year.

Among those were several instances of patients' information sent to the wrong people.

A patient's record relating to Mallow General Hospital was found in a public car park and a patient list was found on a street in Cork. 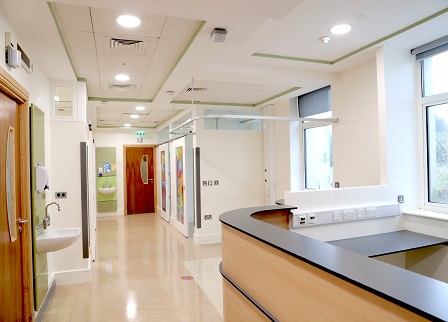 Stephen McMahon from the Irish Patients Association said the high number of breaches is a “major cause of concern.”

“It is a very serious issue because any breach of personal, private information that comes into the public domain can be absolutely shattering for the individual patient or their family,” he said.

“Not everybody wants even their spouses or partners or children to know what their condition is and there is this doubt that your records could turn up in the local mart or the local car park that is an issue of concern.”

Other breaches included the discovery of a patient's medical file from Letterkenny University Hospital in a public park.

Meanwhile, a HSE interview board member accidentally left a package, with 18 candidate application forms, at a train station.

Documents relating to St Luke's in Kilkenny were found in a bag given to a HSE-funded charity shop.

A form from an addiction service was lost in transit to a lab.

A patient list from Our Lady of Lourdes Hospital in Drogheda was found by a member of the public at the gate of a hospital.

The HSE said it takes all breaches of data protection seriously and all cases are fully investigated.

The health service said staff are provided with data protection awareness classes on an ongoing basis and online courses are available to all staff.