There has been a rare tied result in the House of Commons, as MPs again voted on the next steps i...

There has been a rare tied result in the House of Commons, as MPs again voted on the next steps in the Brexit process.

MPs were voting on an amendment on whether to hold further 'indicative votes' on Monday.

It ended in a 310 to 310 tie - with Speaker John Bercow casting the deciding vote.

In line with precedent, he voted 'no' to avoid creating a majority where none exists.

The House of Commons rejects @hilarybennmp's Amendment (a) to the business of the House motion. The votes were tied at 310 on both sides and the Speaker cast his vote against the motion. This follows precedent. pic.twitter.com/qOyp9W1HbW

This evening's Westminster vote came shortly after Jean-Claude Juncker said April 12th is the 'ultimate deadline' for the House of Commons to pass the Brexit withdrawal agreement.

The European Commission President was speaking after Theresa May yesterday said the UK will need another Article 50 delay.

In a major change of strategy, she has been meeting with Labour leader Jeremy Corbyn this afternoon in a bid to secure a compromise.

European leaders have already pledged to extend the Brexit date to May 22nd if Mrs May manages to get her deal through parliament over the coming days.

However, if that's not the case than the British government will have to come forward with alternatives by the end of next week to avoid crashing out of the EU without a deal.

Mrs May has voiced opposition to the prospect of a longer extension, which would likely require the UK to hold European elections in May. 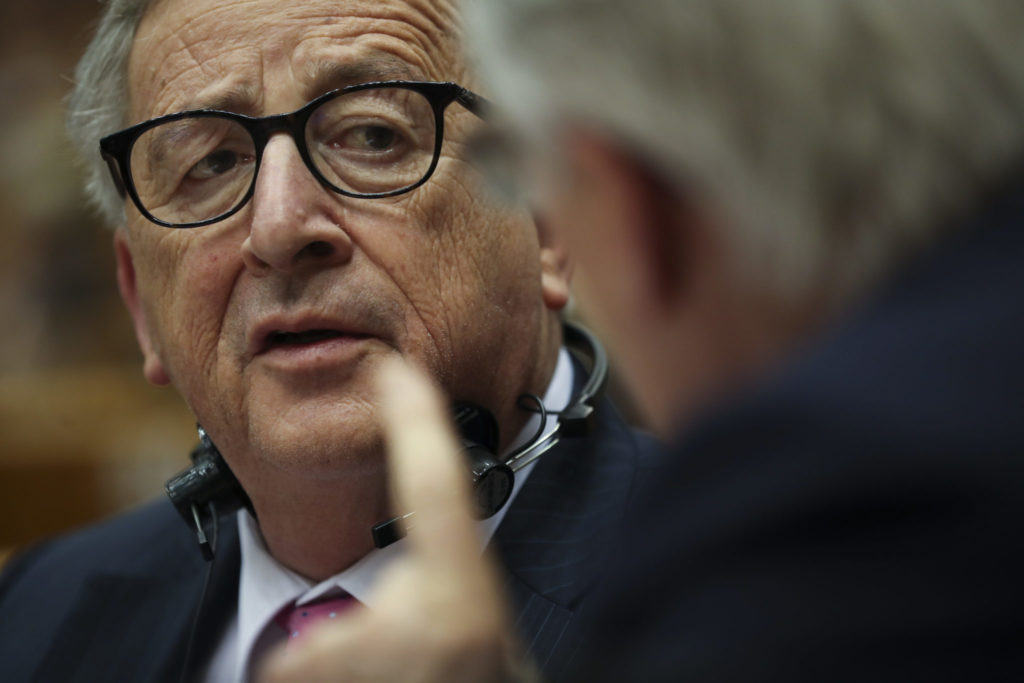 Mr Juncker today said a no deal next week is "now a very likely scenario" - but insisted he'll work until the "last moment" to avoid that.

He said: "April 12th is the ultimate deadline for the approval of the Withdrawal Agreement by the House of Commons.

"If it has not done so by then, no further short extension will be possible.

"After April 12th, we risk jeopardising the European Parliament elections, and so threaten the functioning of the European Union."

He added that the EU's ready to consider alternatives to the political declaration on the future relationship between the EU and UK.

The declaration is likely to prove the focus of talks between Mrs May and Mr Corbyn, with Labour pushing for a customs union and extra safeguarding of workers' rights.

"There has to be a public vote"

Meanwhile, smaller opposition parties in Westminster today joined together to reiterate their calls for a second Brexit referendum on any deal agreed.

The SNP, Liberal Democrats, Independent Group, Plaid Cymru and the Greens suggested the option of remaining in the EU must be on any ballot paper.

The SNP's Ian Blackford explained: "We need to send a very clear message today that whatever happens over the coming days, there has to be a public vote.

"There is real concern the fact that the prime minister and the leader of the opposition are meeting that there could be an attempt to carve out a people's vote from this process."

Scottish First Minister Nicola Sturgeon was in Westminster today for meetings with both Mr Corbyn and Mrs May.

She said she had a 'positive' meeting with the Labour leader - although indicated she'd be surprised if "Labour sold out" for what she described as a bad deal:

Just had a positive meeting with @jeremycorbyn - I’d be surprised and very disappointed if Labour sold out for such a bad deal. https://t.co/RIKkqYyq7a