Four failed rainy seasons across the Horn of Africa have led to the worst drought in 40 years.

Four failed rainy seasons across the Horn of Africa have led to the worst drought in 40 years.

The loss of livestock is having a huge impact, with people losing their sources of income and food.

Five million children across the region are now suffering from malnutrition.

Newstalk report Laura Donnelly has travelled to the area to speak to farmers who have suffered devastating losses.

On The Pat Kenny Show this morning, she delivered this report.

Aid agencies estimate one person is dying every 48 seconds, and the drought is also taking a huge toll on livestock, with 1.2 million animals dying in Kenya in the past 18 months.

In Ethiopia, eight million people rely on livestock – and two million animals have died so far, with another 22 million at risk of death. 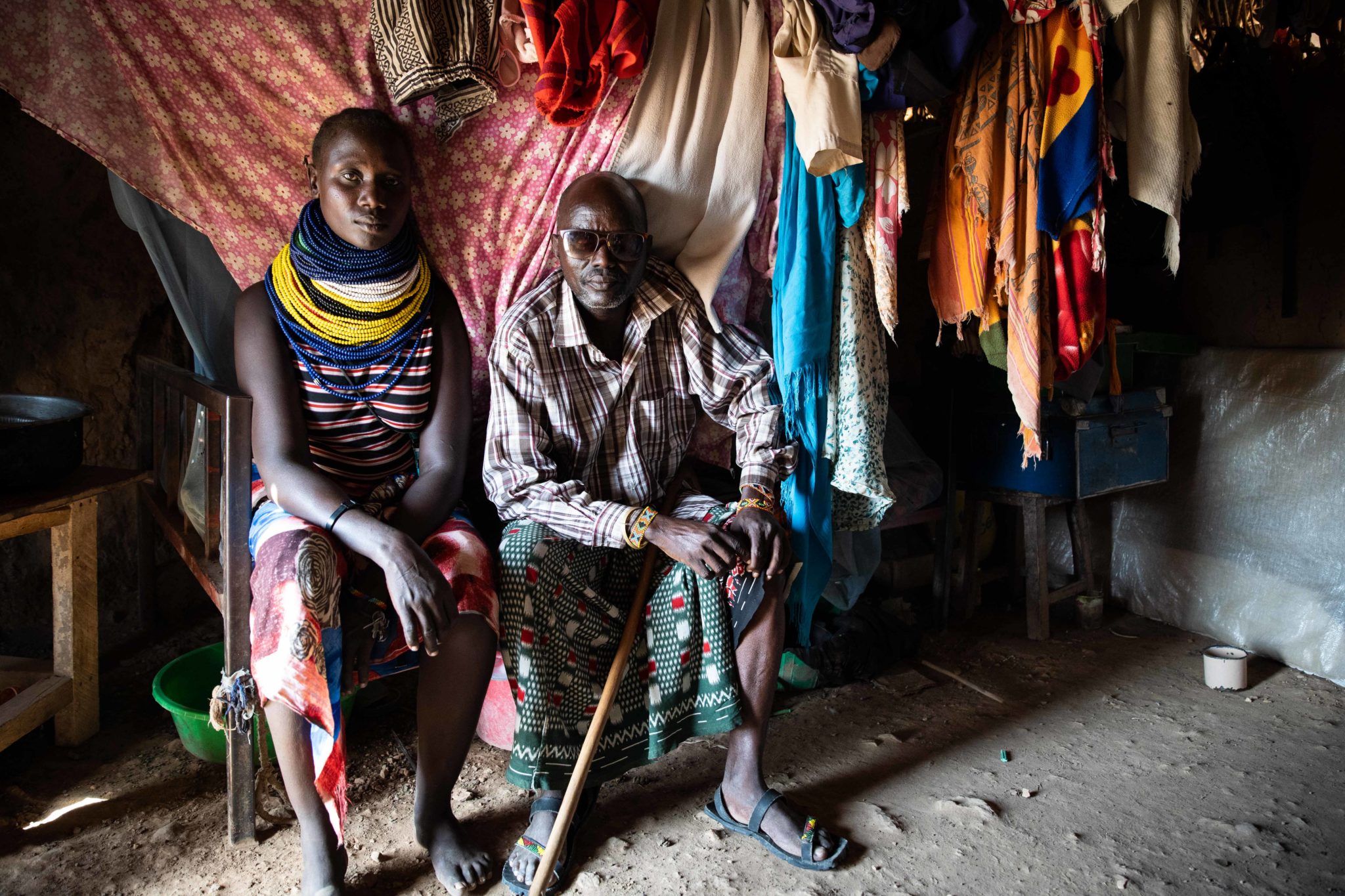 Pastoralist Richard Ekale Nakalale, who lost his sight in 2020, and his wife pose for a photo at their house in Milimatatu Village, Kaeris, Turkana County in Northern Kenya, 27-06-22. Image: Lisa Murray/Concern Worldwide.

In Turkana in Northern Kenya, I spoke to Richard, a father of 15, through a translator. His livestock started dying in September of last year.

He said the last year’s drought has been the worst he can remember – wiping out the vast majority of his animals.

He said he now feels like he is going crazy and has stopped sleeping most nights worrying about how life will go on. 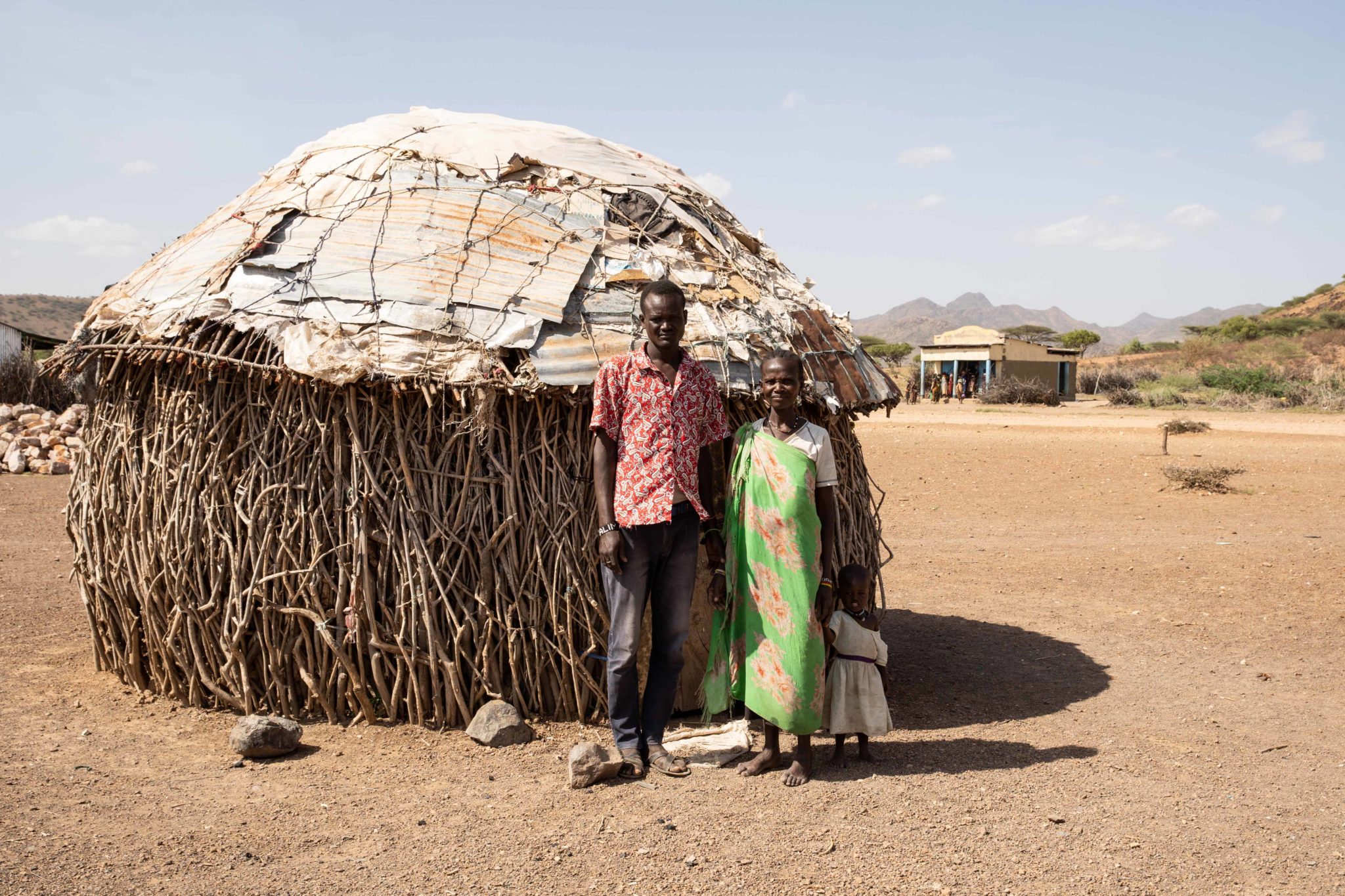 Ereng Kaleng Kalimapus poses for a photo with his wife and child outside their bedroom in Milimatatu Village, Kaeris, Turkana County in Northern Kenya, 27-06-22. Image: Lisa Murray/Concern Worldwide.

The death of the animals has many knock-on effects – it leads to the family missing meals, children becoming malnourished and children no longer going to school due to the lack of income.

Joseph had over 40 goats, some have died and others have been moved to less arid areas. He told me about how the loss of his animals has affected his family: 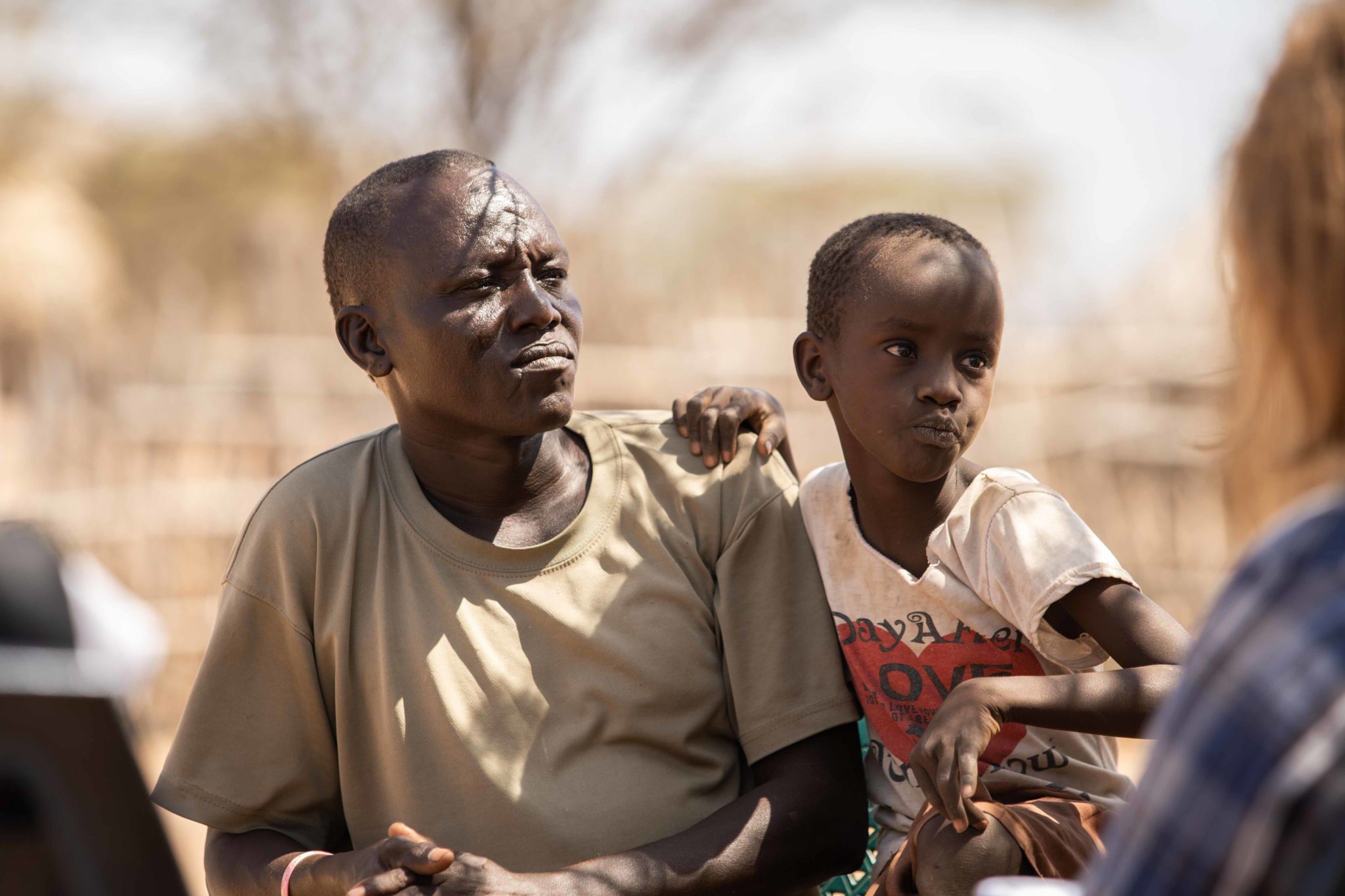 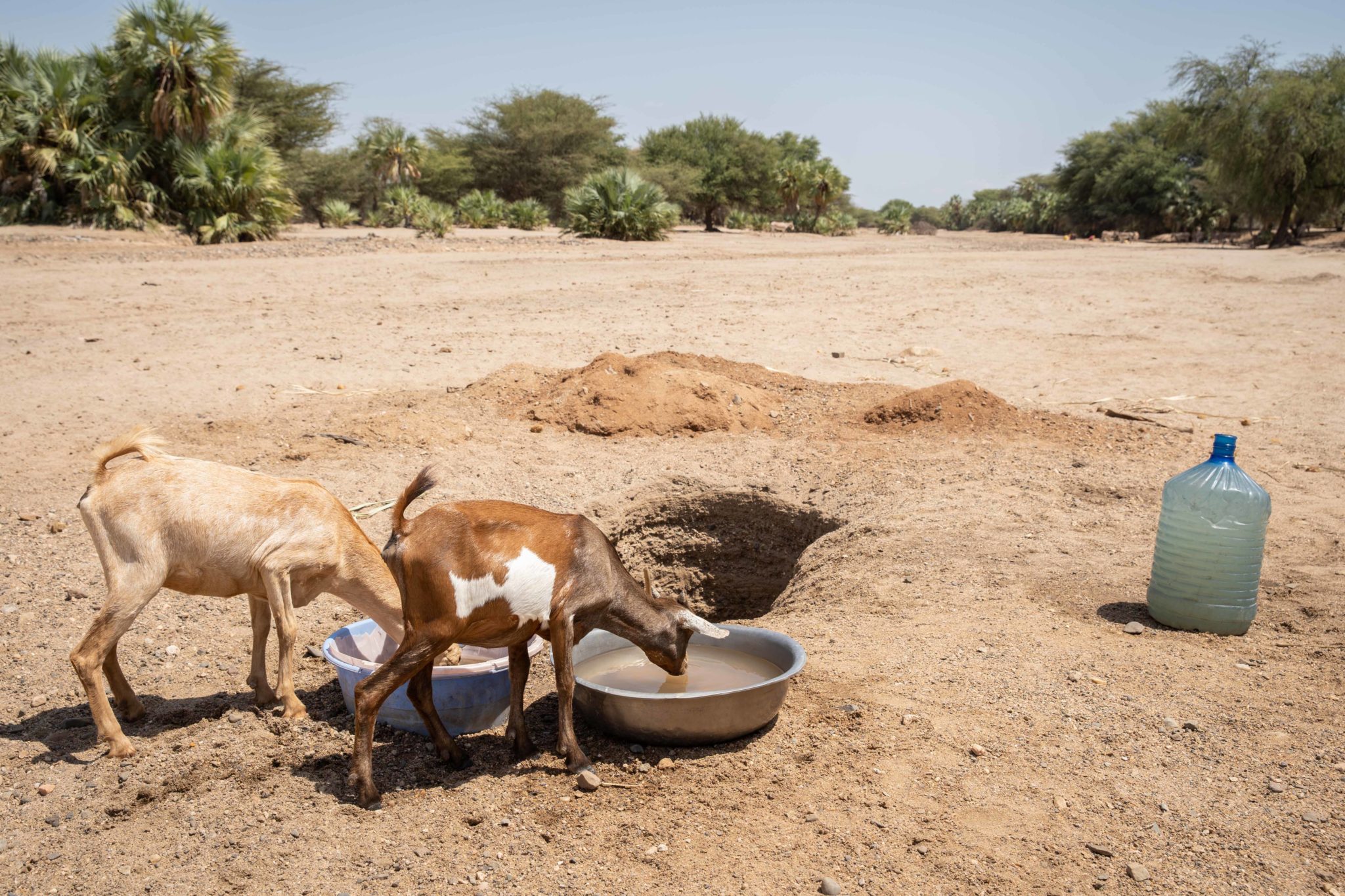 Joseph has started trying to dig a well by hand, close to a river. He brought me to it and says he will start by digging for a few days, to see if there’s water.

“Maybe four or five days,” he said. “If water does not appear after that time, then I will start somewhere else.

“Then I go to another place and a new one and new one again, until I find water. 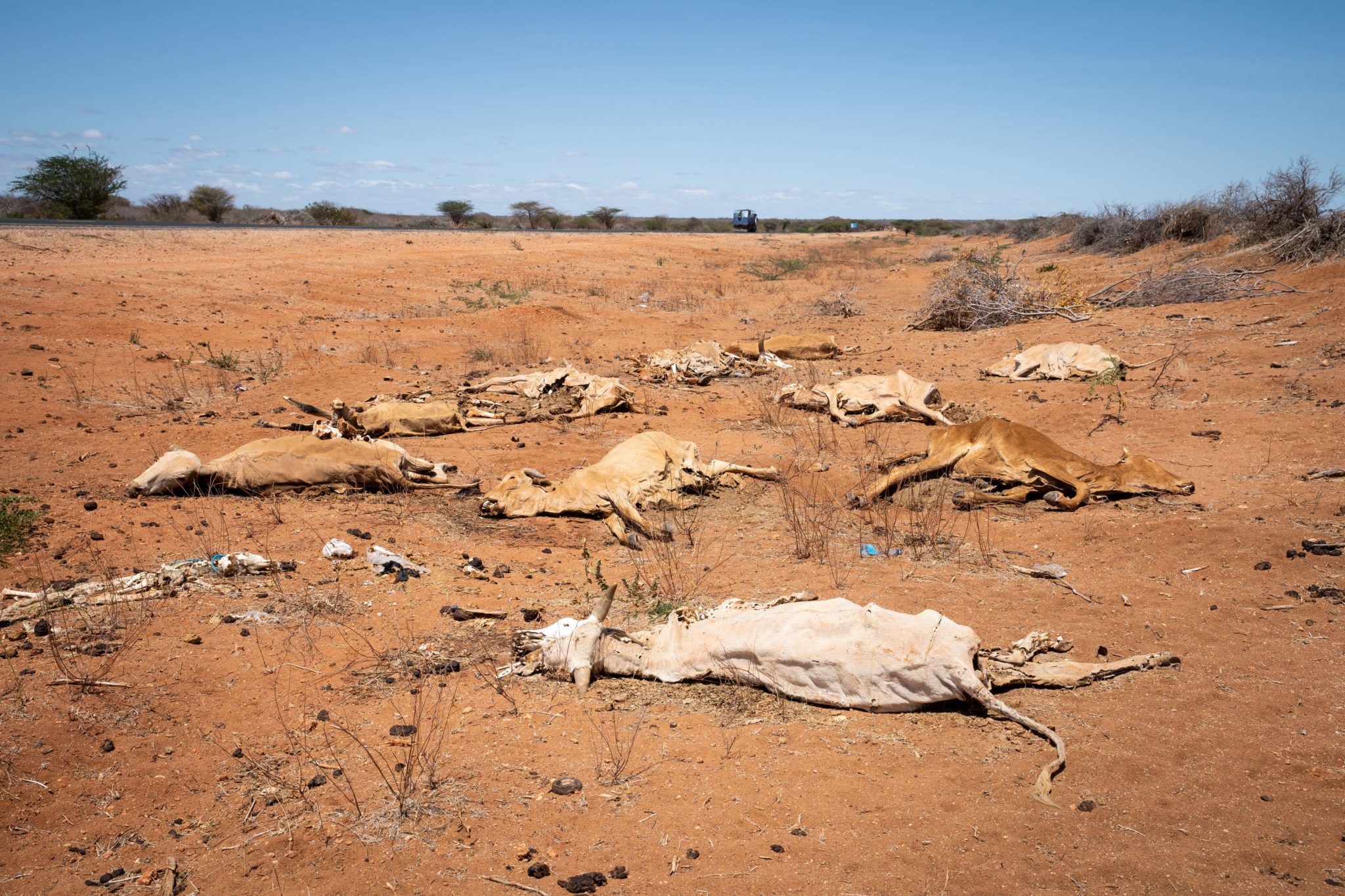 Cattle carcasses lie by the side of the road around 35km south of Garissa, in Tana River County, Kenya, 02-07-22. Image: Lisa Murray/Concern Worldwide.

In one area alone here, I saw 45 animal carcasses on the roadside. The cattle were near a water pan - a man-made reservoir which animals often walk up 15km to 20km to reach. It’s empty of water and has been since at least last year.

Elsewhere in Tana River County, I visited some farms where people are working to sustain themselves a little better.

Some are utilizing water from the Tana River, through an irrigation system. Simeon Mabita Siri is the Ward Agriculture Officer and he told me how it works.

“It takes water from a distance of 50km from where we are,” he said.

“It is a very, very long distance. They proposed a gravity system but for now they are pumping so we have a canal running all the way from where the river is.”

“The water is there. We have a lot of challenges due to the water management system, but it comes to here and we are grateful for that.” 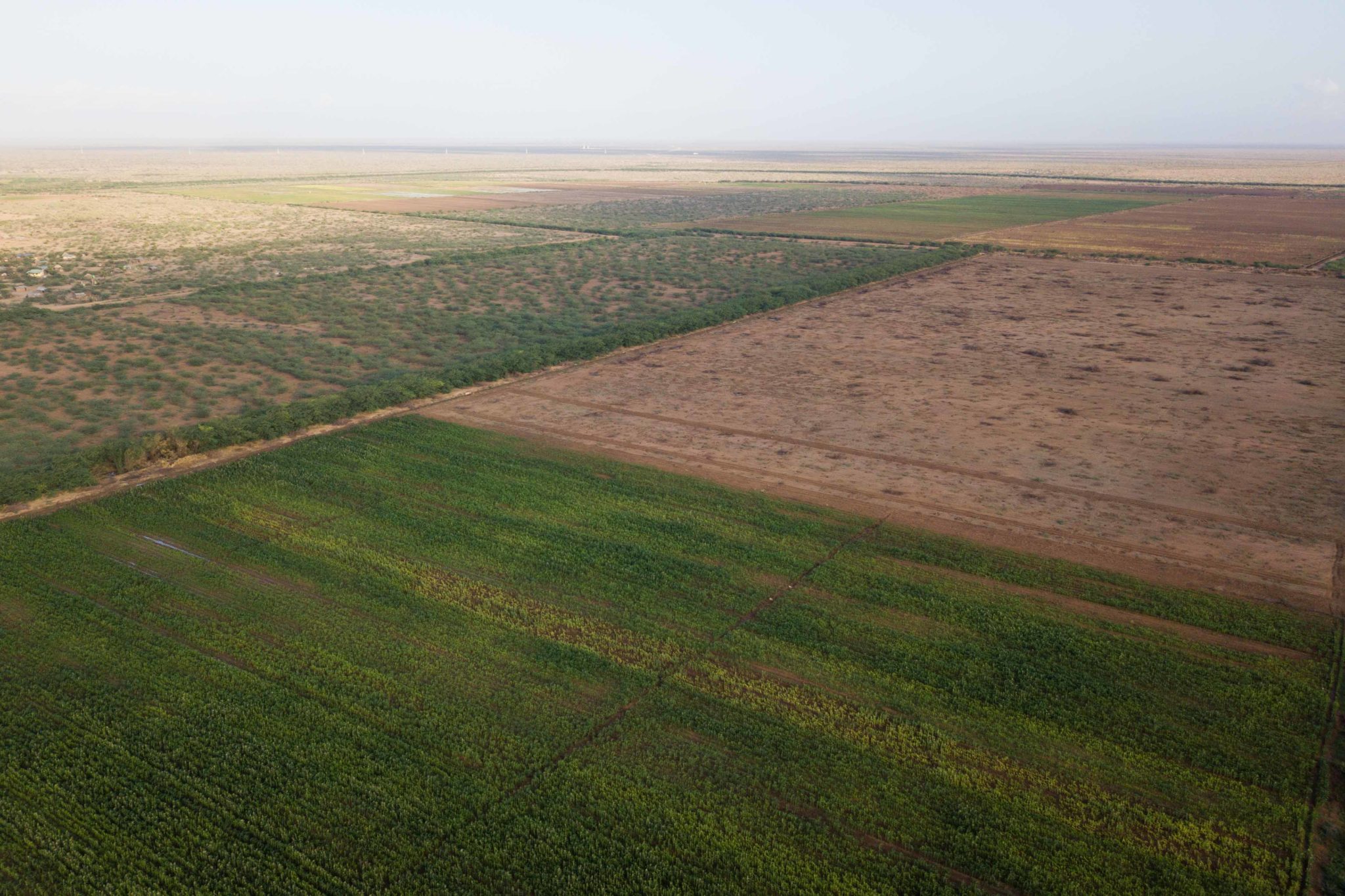 Maize grows at an irrigated plot of land in Matanya village, Tana River County in Eastern Kenya on 1st July 2022, after a group of 120 farmers were supported by Concern Worldwide to cultivate the land. Image: Lisa Murray/Concern Worldwide. 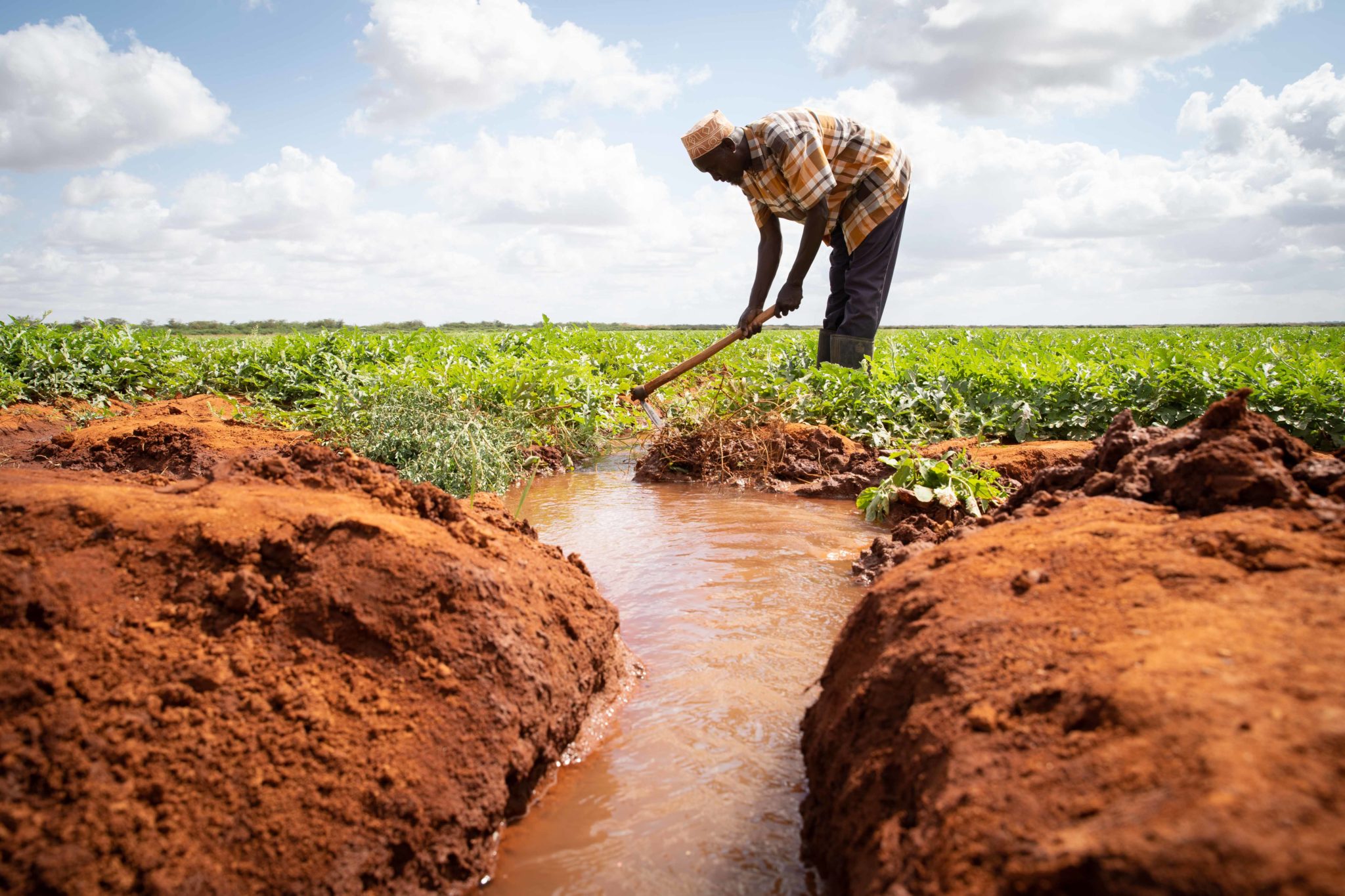 He says it was difficult to get the livestock farmers on board at first - to get them to move to crop farming - but now people from other areas want to do the same.

“We have been seeing a lot of other farmers coming in and asking questions; how will we come in? How will we do it? Is it possible? 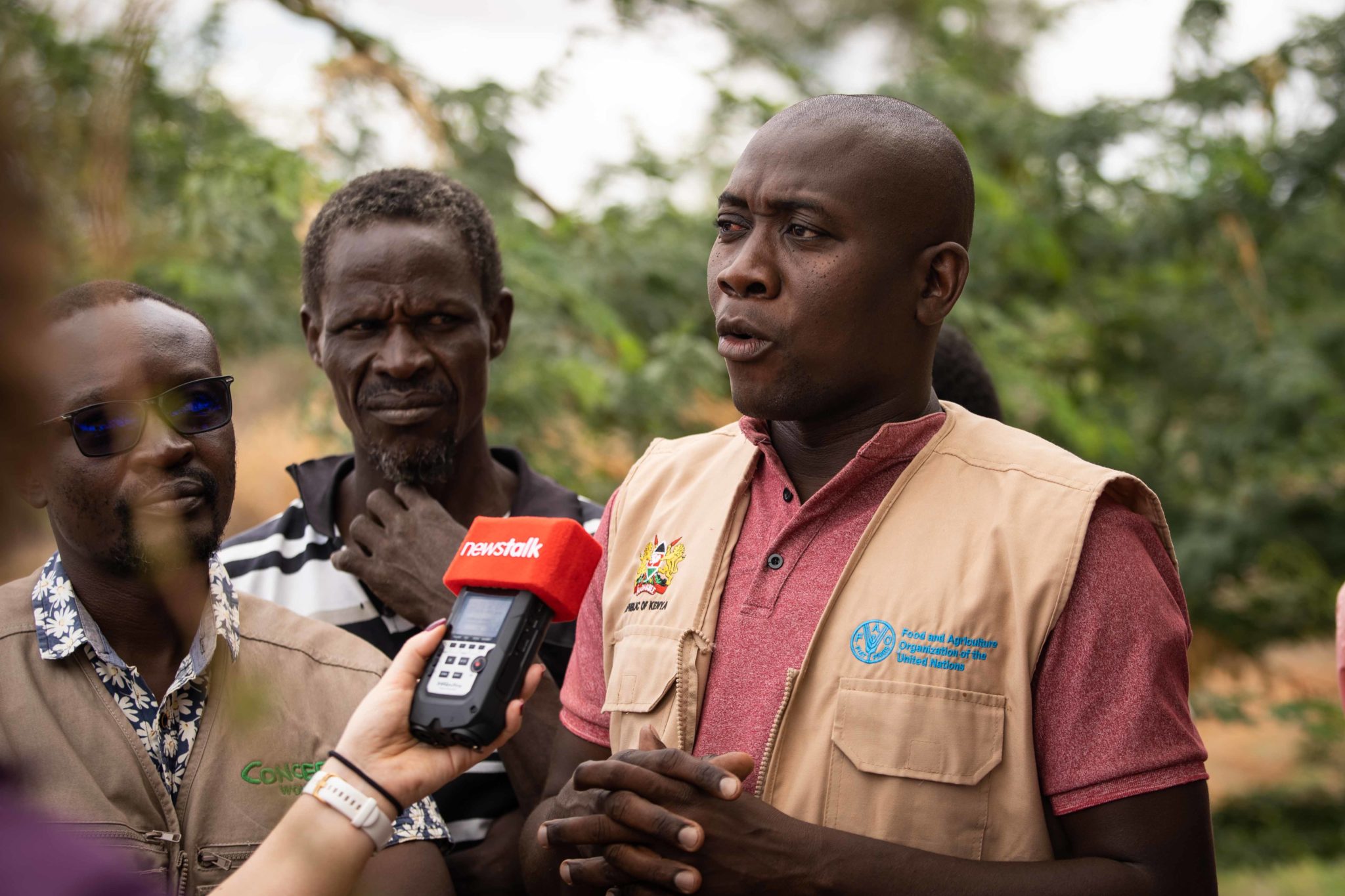 Beldine Ateino Senior Manager, Governance & Advocacy, at Concern Kenya told me that the farming projects offer hope – even while the area is hit by the worst drought in 40 years.

“Having these farmers grow their own food, I think that cushions them from high food prices which are vulnerable even to other global crises,” she said

“So, I think it is a good thing and it is something we need to encourage government, development partners and humanitarian workers to support more. So that even if things are bad at the macro-economic level, at country level or globally, the local community has something to fall back on.”

Reporting from Laura Donnelly in Kenya.

Media groups come together for 'Ireland for Ukraine' campaign

Step in Their Shoes with Concern