Tributes are being paid to the former Republic of Ireland manager, who has died at the age of 85.

Speaking to Off The Ball, Giles said: "It's very, very sad. He hasn't been well for a while, John, you know unfortunately.

"Condolences to Pat, Pat's his wife, is a lovely girl, knew her well in Leeds and got on very well with my wife.

Speaking bout his legacy, John said: "The first time we qualified for a major competition and in Ireland, like other countries, we love to be on the big games and the big competitions.

"It was great for the country, '88 and '90 particularly - the first time we ever qualified for a major competition.

"So I think Jack popularised the game in a way that it had never been popularised before.

"People in Ireland who, in my opinion, didn't have that much interest in soccer before - because the country got there, followed them all the way and it definitely popularised the game in a big way." 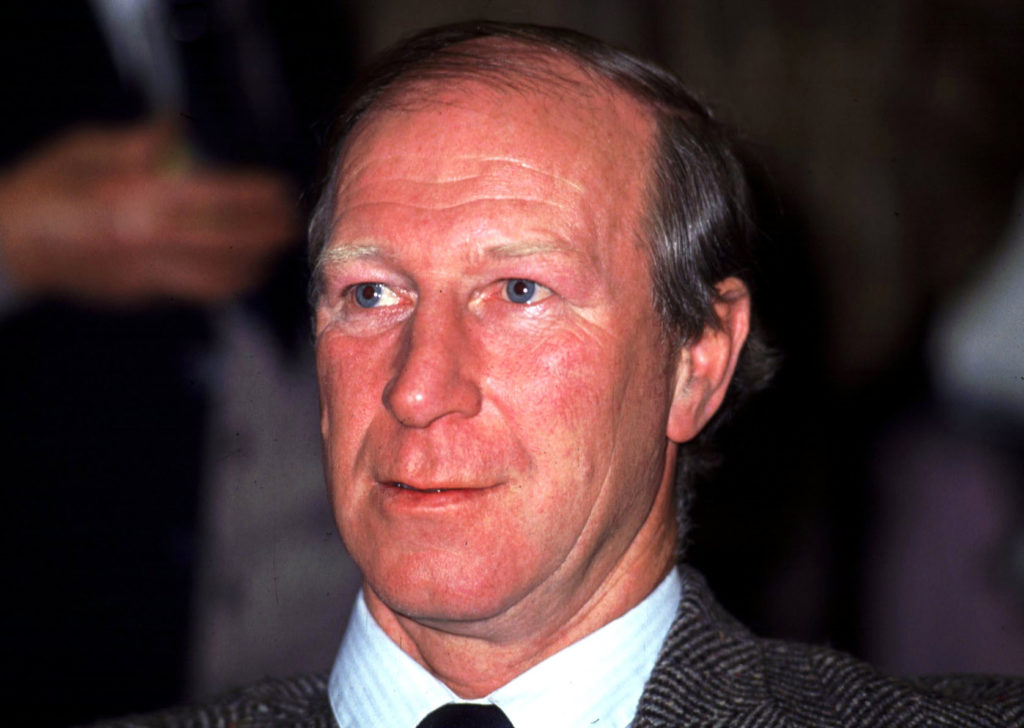 Jack Charlton is seen in Dublin in 1989 during the World Cup draw for Italia '90. Picture by: Eamonn Farrell/RollingNews.ie

"I had met him before that because he's a brother of the famous Bobby, as we know, and he used to come to Manchester now and again to see Bobby.

But Giles recalls: "I didn't get on very well with him as a team mate, we had different ideas about the game.

"So if Bremler and myself were going deep for the ball, he'd say 'get up the pitch, I can do what you can do' and then he'd kick it into the crowd.

"In other words, if he had got the ball on the edge of the box, as a big centre-half, there's a good chance he'd lose it - and he saw the game in that way.

"He wouldn't give any credit to either Bremler or myself as little fellas who could beat somebody and wouldn't lose a ball at the edge of a box.

"So we didn't have the same philosophy on the game in a big way - but we respected each other, he was the best centre-half as I said for at least five or six years in the first division.

"And off the pitch we got on very, very well".

"There was no two sides to Jack, as they say, that's what he was.

"He could mix well, he was a great after-dinner speaker by the way, he was terrific at it.

"I don't think Jack ever suffered with nerves on anything - he just was what he was, he got on with anybody".

Main image: John Giles is pictured during the 2012 St Patrick's Day parade in Dublin, of which he was Grand Marshal. Picture by: Sam Boal/RollingNews.ie

Ireland's Greatest Heroes: The countdown to the Top Five continues

'They play wearing a green jersey' - Should Ireland merge its football teams?