Here's how you can save up to €10k on electric cars

EV owners can also save more on road tax and tolls

Here's how you can save up to €10k on electric cars

Electric vehicles are growing in number on Irish roads, and are cheaper to run than standard petrol or diesel cars.

Some 13% of cars here by market share are fully electric, with almost 7% being hybrid models.

The Volkswagen ID.4 is the best-seller - followed by Hyundai's Ioniq 5, Kia's EV6, Volkswagen's ID.3 with the Nissan Leaf rounding up the top five.

Geraldine Herbert is motoring editor with The Sunday Independent.

She told Pat Kenny there are considerable savings to be made.

"There are grants available for electric cars, but the price that you see advertised on car dealerships - on the showroom floors - is the price you will pay.

"You don't go into the dealership and suddenly get a great surprise, and they knock of another €5,000.

"So it's important to keep that in mind".

But what can you save?

"There's obviously the VRT relief up to €5,000 on a battery electric car.

"The last budget they announced that that would be extended until 2023 - it's not expected to be changed or altered in this budget.

"But there's no VRT relief for plug-in hybrids - that was removed in December 2020. 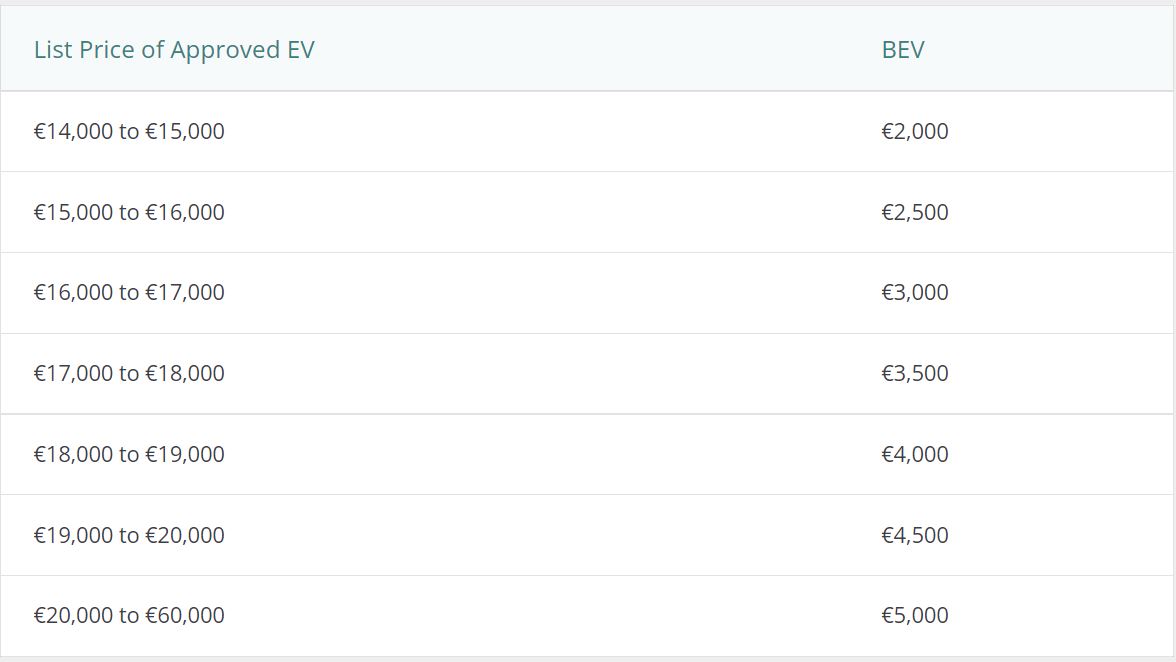 She said there is also a grant available to install a charging point at your home.

"You can apply for €600 to install a home charger.

"But it was recently extended, and it's now open to all homeowners to apply for the grant.

"So you don't have to be an electric car owner, you can just install one in your house."

While this process has been made easier for those living in apartments.

"If you're a management company running an apartment complex, you can apply directly to the SEAI for grant support for putting in the infrastructure costs - and they will also give you a grant per charge point.

"And if you're an apartment dweller, and there's a charging network already in your complex, you can talk to the management company about getting permission to join that - and apply then to the SEAI for a grant for your own charger".

EV owners can also save on road tax and tolls, as Geraldine explained.

"Motor tax for a battery electric, you avail of the lowest rate - that's €120 - and for a plug-in hybrid it's usually around the region of about €170.

"You also get a tolling reduction of about 50% for battery electric and about 25% for plug-in hybrids.

"So there's lots of savings to be made on your daily running costs".

But Geraldine has this caveat for would-be owners: only do it if you have your own charging point.

"It's much cheaper to charge at home, than it is to charge on the public network", she added.