The Health Minister will meet with the IRFU this morning to discuss his call for Ireland’s Six ...

The Health Minister will meet with the IRFU this morning to discuss his call for Ireland’s Six Nations match against Italy to be cancelled.

Simon Harris last night recommended that the match on March 7th be called off due fears over the coronavirus.

Anyone returning to Ireland from the area is advised to self-isolate if displaying any symptoms.

Speaking after a meeting of the National Public Health Emergency Team yesterday, Minister Harris said cancelling the game was reasonable given the risk posed by the virus.

“No-one wants to see mass events cancelled but at the end of the say we have to prioritise public health,” he said.

“We are in a containment stage. It is not possible to stop every single case of COVID-19; I think we have seen that in recent days. 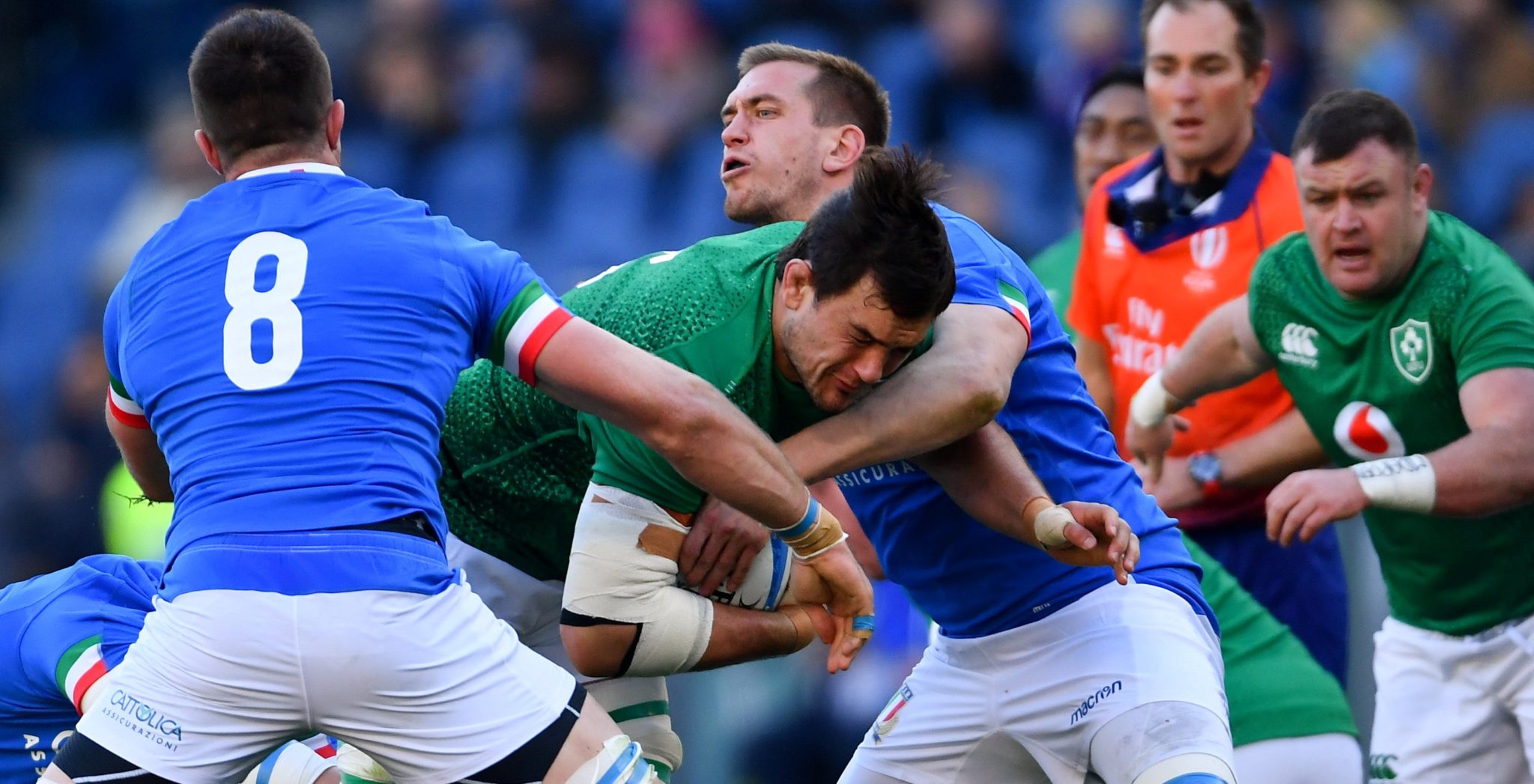 Quinn Roux of Ireland is tackled by Braam Steyn, left, and Federico Ruzza of Italy during the Guinness Six Nations Rugby Championship match between Italy and Ireland at the Stadio Olimpico in Rome, Italy, 24-02-2019. Image: Ramsey Cardy/Sportsfile

The Department of Foreign Affairs is advising Irish people not to travel to any of them.

This afternoon, Minister Harris said the final decision on the match would be left to the IRFU.

“It was always my intention that myself and officials would meet with the IRFU, who I know to be a very responsible organisation, to explain to them the rationale,” he said.

“Having said that, I think the rationale is quite clear.

“It is a recommendation to the IRFU, so it is their decision to make but I do note that they have said in recent days that they would follow Government advice in relation to this.”

Meanwhile, the Department of Education's is urging any students or staff with concerns over the virus to contact public health doctors.

A number of schools across the country have warned that they had students travelling to Northern Italy on school ski-trips over the mid-term.

Three schools in Waterford and at least one in Dublin and one in Wicklow have issued warnings to parents.

The Department of Health has claimed it cannot release details of which schools are affected on GDPR grounds.

“If we take one of the schools, they contacted parents yesterday evening essentially to tell them that students were on a skiing trip in northern Italy in an area considered of zero to low risk,” he said.

“They said all were met yesterday and all are healthy and not presenting with any symptoms of the coronavirus. The school has contacted the HSE and informed it of this.

“That would be one of the schools that had its students being monitored.”

Several schools in the North have sent pupils home as a precaution after they returned from Italy. 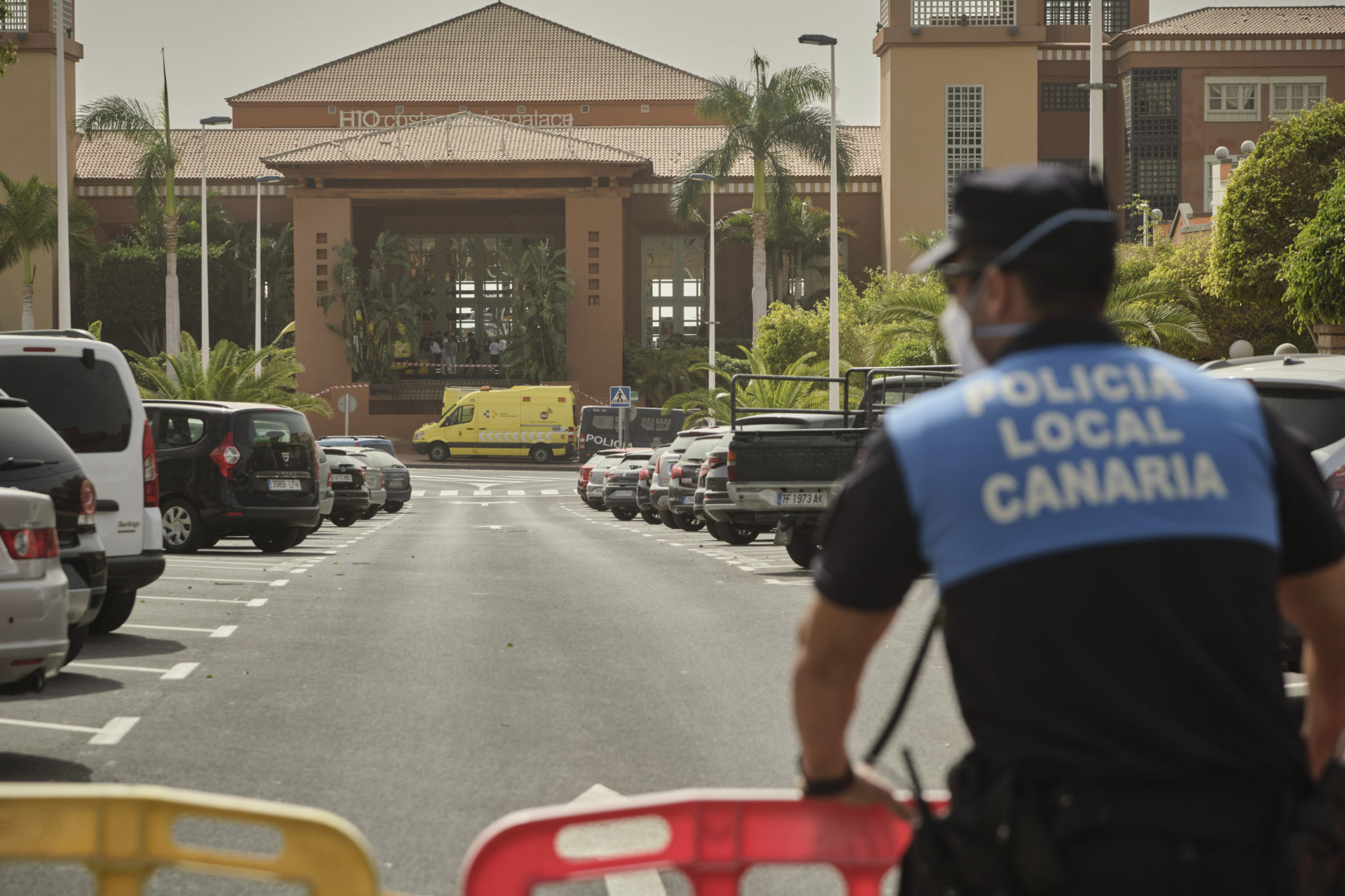 Meanwhile, the Government has been in contact with several Irish people who are staying near a Tenerife hotel that has been placed on lockdown over the coronavirus.

His wife and two others who were travelling with them have now also tested positive.

Tenerife based journalist Cliodna O'Flynn said all the doctor “presented himself at a private clinic on Monday.”

“He had travelled to the island on February 17th,” she said. “Then subsequently his wife tested positive.”

“The authorities went in a shut down the hotel and there have been two more positive testings. But they were two people who were in the same group.”