New research has claimed 52% of under-34s who drink alcohol binge drink on a weekly basis, compar...

New research has claimed 52% of under-34s who drink alcohol binge drink on a weekly basis, compared to the 18% national average.

Some 29% of male drinkers believe their drinking habits may cause future health problems, compared to 19% of female drinkers.

In response to these findings, Drinkaware is calling for young men in Ireland to make more informed choices around alcohol and improve long-term health and well-being through its campaign 'Change the Trend'. 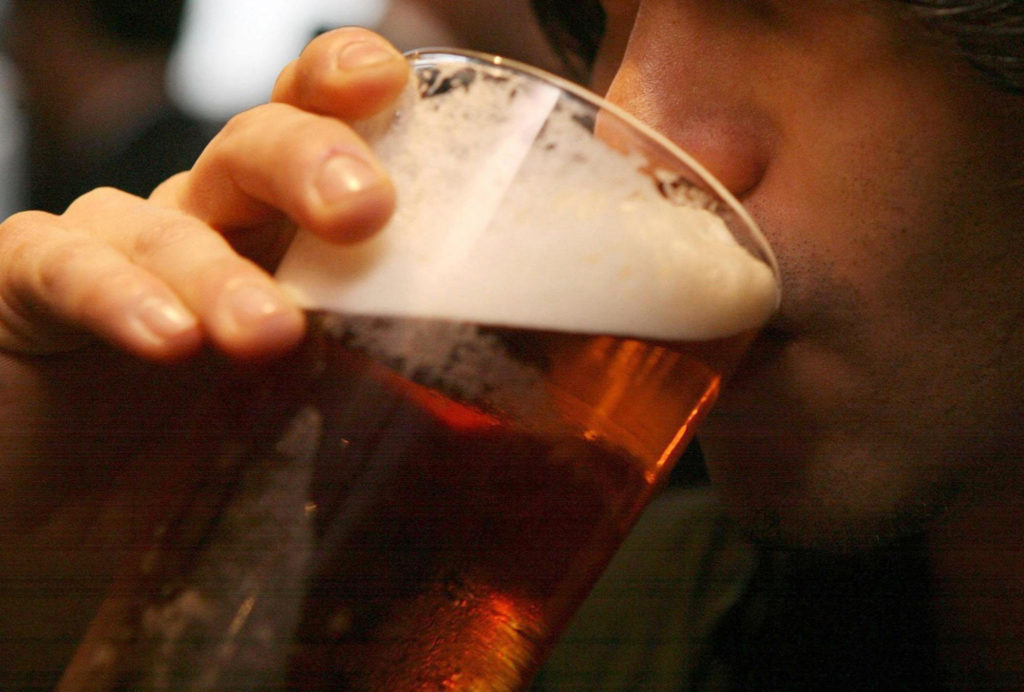 File photo of a man drinking a pint of beer

The campaign aims to reduce incidence of binge drinking, decreasing the number who drink above the HSE weekly low-risk guideline - 17 standard drinks, spread out over the week with at least two alcohol-free days - and raising awareness of the guidelines and what a standard is.

The new evidence-based campaign will provide facts, advice and tools for men to understand and make positive choices around their drinking habits.

One standard drink is equivalent to a half-pint of beer; 100ml glass of wine; or 35.5ml pub measure of spirits.

Binge drinking is defined as consuming six or more standard drinks on a single occasion.

For men, the Health Service Executive (HSE) recommends limiting alcohol consumption to 17 standard drinks spread out over a week; and for women, 11 standard drinks over the same time period.

On average, Irish men who drink binge drink almost twice a month - 22 times in a year - versus women who do so 10 times a year.

Men are twice as likely to feel that they should cut down on their drinking (28%), compared to 14% of women.

While one-third of 18-24-year-olds and a quarter of 25-34-year-olds who drink, believe they should cut down on their drinking vs 21% of the overall drinking population.

Sheena Horgan, CEO of Drinkaware, said: "The Drinkaware Index research makes one thing clear - young people in Ireland who drink, and particularly our young men, are consistently drinking to a hazardous and potentially harmful level, which is increasing risks to long-term health and wellbeing.

"The report revealed stark contrasts between this critical cohort of men and those aged under-34, who exhibit consistently hazardous and potentially harmful drinking habits when compared with both women and the overall drinking population.

"Despite this, our research shows that the same young men who are drinking excessively, are also open to changing their behaviour.

"They know their drinking habits may cause future harm but they show a willingness to make positive changes."

"Crucially, we feel the time for shifting the dial is now.

"We can clearly see that the appetite for more mindful drinking in Ireland is growing.

"Non-alcoholic drinks and pubs are becoming a new norm, reflecting an evolving Ireland and a sober curious public.