Around half of all homes offered to Ukrainians have been withdrawn - even as thousands of refugee...

Around half of all homes offered to Ukrainians have been withdrawn - even as thousands of refugees continue to arrive in Ireland.

When the war began the Irish Red Cross said they were “bowled over” by the generosity of the people offering up rooms or entire homes to those fleeing conflict.

However, two months into the war, many have withdrawn their offer of shelter; Justice Minister Helen McEntee, who lives in a rural part of Meath, previously said she was hoping to take in a Ukrainian but has since admitted it might not be practical as her home “is miles from anywhere. You can’t really walk anywhere.”

While in Waterford officials are trying to place refugees in urban areas first due to their superior broadband and transport connections.

“This is obviously something that the Government might not have expected when 24,000 people pledged their homes… to take in Ukrainian refugees when this war began,” Hugh O'Connell, Political Correspondent for the Irish Independent, told The Anton Savage Show.

“I don’t think there was an expectation that half of them would not follow through either because they couldn’t be contacted or they’ve just decided it’s not something they want to do.”

Some have expressed concern about the cost of taking in a refugee and the Government is considering a monthly payment of €400 to help ease the burden of higher bills.

“Some people have probably thought about it a bit more and thought it’s possibly not right for them that they take in someone,” Mr O'Connell continued.

“Part of that as well is the rising cost of living and just looking at their household bills and saying, ‘Well can I really afford to take in someone else who is going to be using more electricity, more gas, just using up more and spending more money within the house.’

“So that’s a consideration I think lots of people will have been mulling over the last few weeks since this war has progressed and more and more refugees have arrived.” 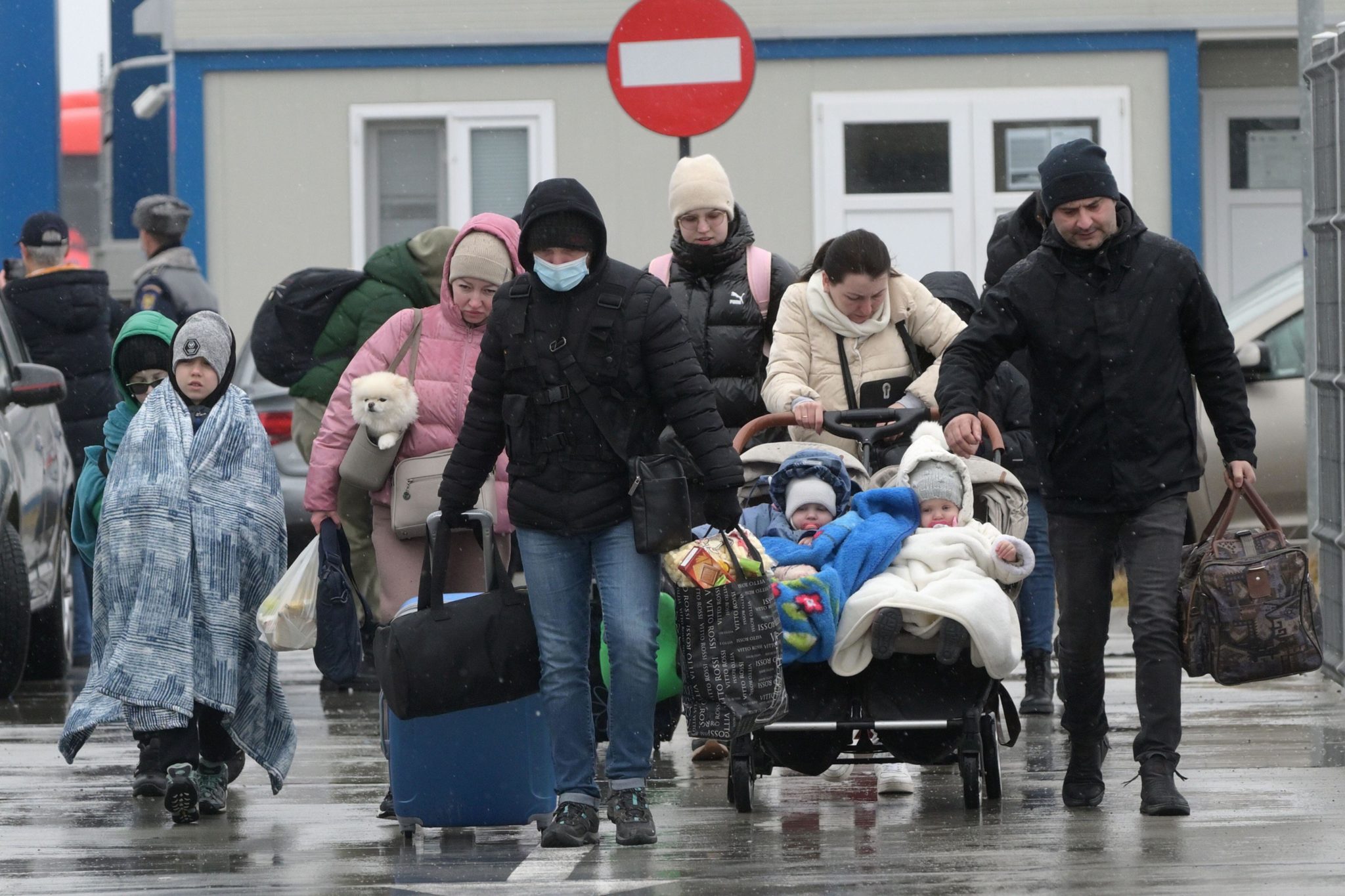 Isaccea, Romania. 02 March, 2022. Refugee Ukrainians walk from Ukraine to Isaccea in Romania after crossing the border.

Housing Minister Darragh O’Brien has said he is likely to give emergency powers to local councils which could mean they have the authority to seize vacant homes.

It is a policy with a radical edge few would have expected from a Fianna Fáil/Fine Gael Government until recently.

“What we’ve seen in response to the pandemic over the last two years is the Government considering and doing things that were unthinkable,” Mr O’Connell said.

“Take the housing issue for example; a freeze on rents that was in place during the three lockdowns that we had over the last two years.

“We had a ban on evictions - all sorts of unprecedented things that we were told were legally and constitutionally impossible became possible when a killer pandemic hit.

“So I think again that that sort of thinking is being applied to responding to what is an unprecedented influx of refugees brought about by a war on the edge of eastern Europe.

“So I think that that’s kind of prompting the sort of thinking within Government that we haven’t had to date and that’s why you’re seeing these sort of proposals now being brought forward by Darragh O’Brien next week, potentially, where councils are just going to be given powers to buy up large swathes of properties.”

Main image: Beds in a gym for short-term accommodation of refugees from Ukraine are seen in Dresden, Germany in March 2022. Picture by: dpa picture alliance / Alamy Stock Photo