The Government has said it will likely have to use emergency planning powers to house the Ukraini...

The Government has said it will likely have to use emergency planning powers to house the Ukrainian refugees who come to Ireland.

More than 20,000 have arrived so far but the Government has said the figure could rise to 200,000 as the conflict goes on.

Taoiseach Micheál Martin has admitted that the country will be “stretched” to find everyone accommodation, while Housing Minister Darragh O'Brien said he expected he would have to use emergency planning powers:

“As I said at the Housing Summit on Monday which will advance some of the proposals that I have around let’s say the use of emergency powers on planning - which I do envisage I will have to use,” Minister O’Brien told Newstalk.

“Fast track procurement as well - particularly around the conversion of properties.

“So there are things that we can do that we’re working through at the moment and we will use every lever within our power to help to address this humanitarian crisis that people in Ukraine are suffering [from] right now.”

“Already we’ve received from the 31 local authorities across the country proposals in relation to conversion of both private and public buildings that are there for more semi-permanent accommodation.” 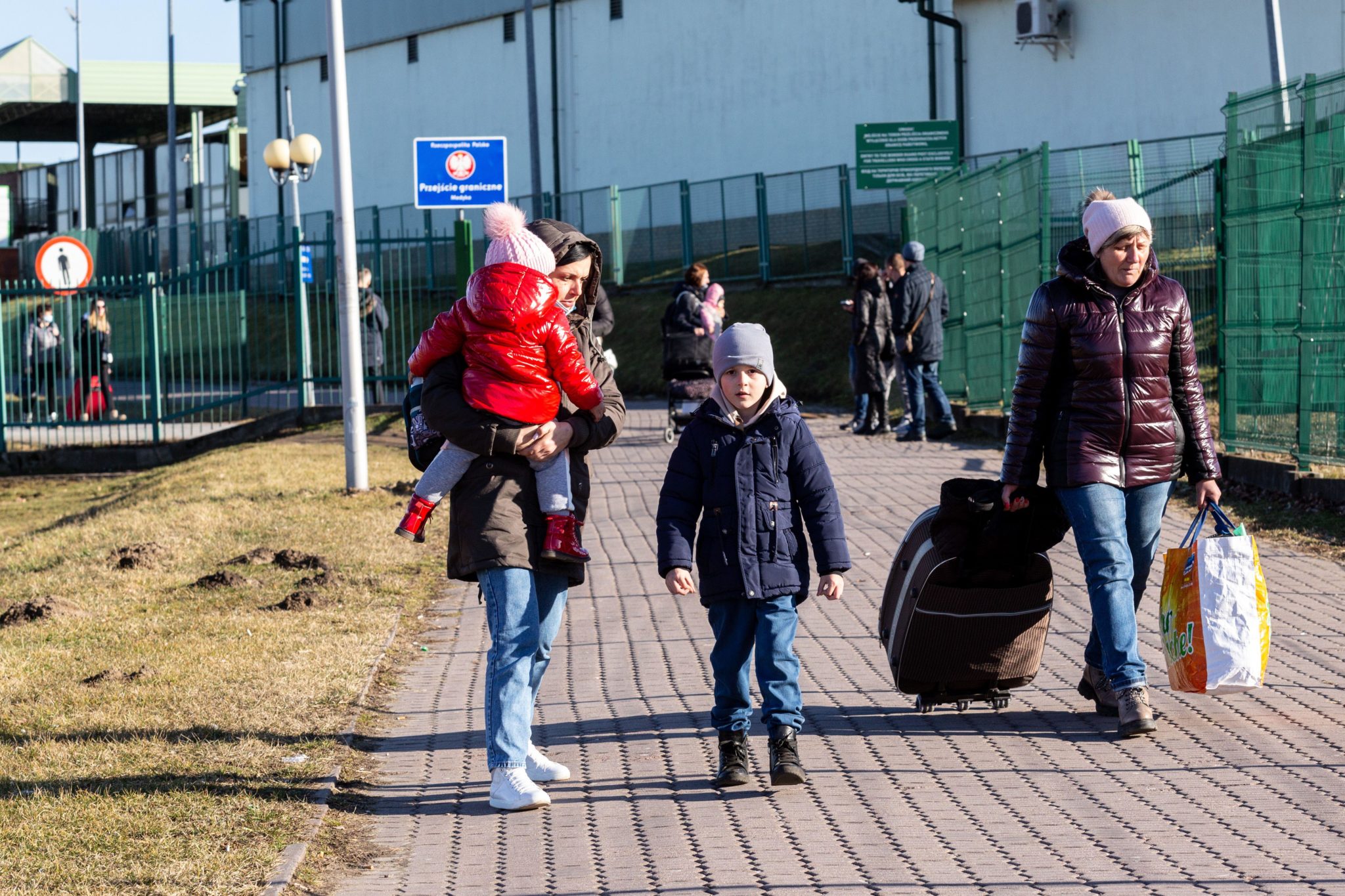 Ukrainian families cross through the border as first migrants from Ukraine flee the Russian invasion and enter border town of Medyka, Poland on February 24, 2022. Picture by: Sipa USA/Alamy Live News

His cabinet colleague, Norma Foley, has also said that there will challenges providing school places for so many Ukrainians but that she expects that schools will be able to cope:

“I am going to be very honest and say it is not going to be easy,” Minister Foley told Newstalk last month.

“It will certainly bring challenges, but I do think that all of us in society are very conscious that not one of us would like to walk in the footsteps of a mother who is trying to find safe passage for her children - a safe haven for her children - and I think it behoves us all to do what we need to do.

“I have every confidence the education sector will do that.”