Greenpeace activists have boarded an oil rig off the coast of Scotland to prevent it from drilling a new oil well.

Two protesters climbed the 27,000 tonne rig on Sunday evening as it was being towed out of Cromarty Firth north of Inverness.

They have unfurled a banner reading “climate emergency” and are occupying a gantry on one leg of the rig below its main deck.

Greenpeace said they have “provisions to stay in place for days.” 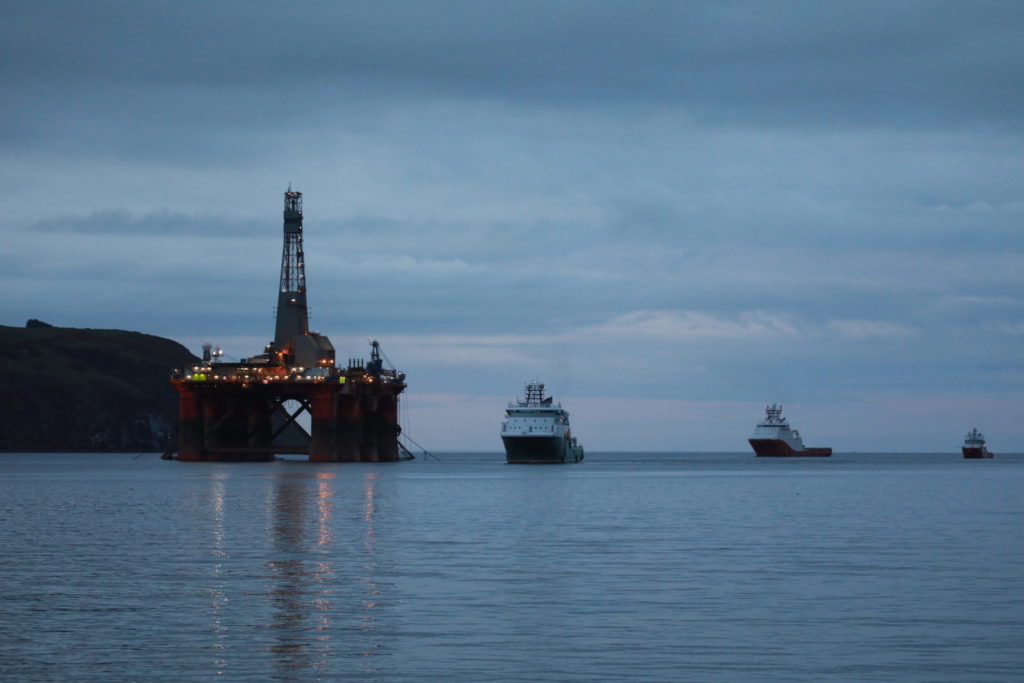 The activists are aiming to prevent the platform from reaching the Vorlich oil field where it hopes to access up to 30 million barrels of oil.

The organisation said scientists have made it clear that the world has already accessed more oil and gas than can safely be burned if we want to limit catastrophic climate change.

Only last week however, the UK Government approved new oil and gas projects by awarding 37 licence areas to 30 companies. 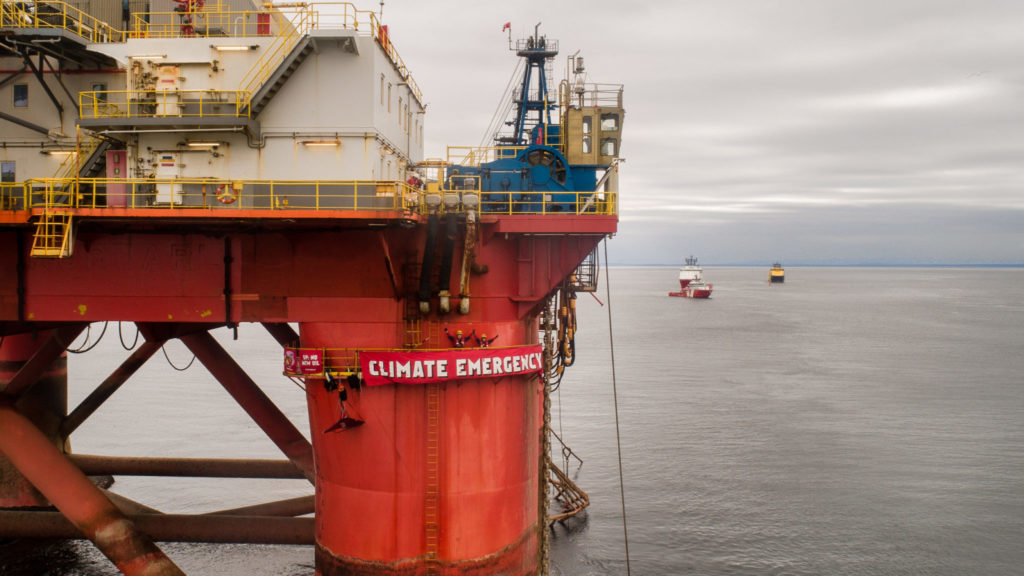 In a statement released by Greenpeace, an activist on the rig named Jo said: “Warm words flow from BP on their commitment to tackling climate change, yet this rig, and the 30 million barrels it seeks to drill, are a sure a sign that BP are committed to business as usual – fuelling a climate emergency that threatens millions of lives and the future of the living world.

“We can’t let that happen. That is why we’re here today.”

“The Government may be bent on draining the North Sea of every last drop of oil but this clearly contradicts their climate commitments.

“The perverse idea we must maximise our oil and gas reserves cannot continue.

“That means the government must seriously reform the Oil & Gas Authority and instead invest heavily in the crucial work of helping oil communities like those in Scotland move from fossil fuels to the industries that will power our low carbon future.”

Greenpeace said the Vorlich oil field is an area rich in wildlife. It said BP’s own assessment identified it as a key spawning ground for a host of fish populations.

It is also within 30km of two marine reserves.