'The Graham Norton Show' on the BBC in the UK has just returned to a live studio, after being filmed remotely due to the pandemic.

But there are changes: the red couch for guests is gone, with them instead sitting at a safe distance in separate chairs.

The audience, while there in the studio, is spaced out and has been halved in size.

While the show is also making plans for members of the public to tell their stories from its famous red chair from the comfort of their own homes.

Graham told Pat Kenny that doing the show remotely was not the best experience, but he wanted to keep his staff in their jobs.

"The working from home bit was awful - really we only did it because the BBC had an appetite.

"They said 'Look, just cobble together and we'll show it' - because of a lot of the people who work on the show are on short-term contracts and they thought they were going to be starting work in March.

"We thought 'Well look, if we can keep these people employed let's do it'.

"So we did cobble together a sort of show with me in my back bedroom, talking on a laptop - and it wasn't easy.

"So now we are at least back in a studio - so we've got camera guys, light guys, sound guys.

"And I think for a viewer at home, it feels much closer to the ordinary show.

"Who knows how long it'll take for things to get back to what they were, or if they ever will.

"Film companies may never have big film premieres again, film stars may never fly around the world again promoting films because - we've discovered - you can sort of do it without them leaving their house."

"So who wants to leave their house? Well, maybe a lot of people after lockdown - but in principal it seems like a nice idea", he said. 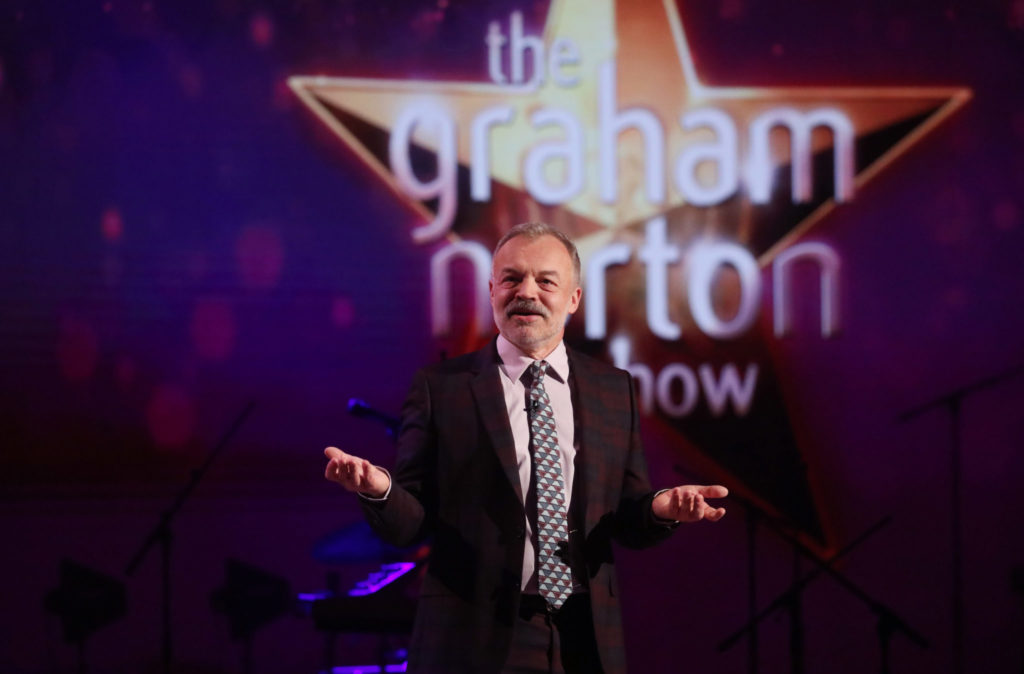 Graham Norton is seen during filming for 'The Graham Norton Show' at BBC studios in London, England in February 2020. Picture by: Isabel Infantes/PA Archive/PA Images

His new book, 'Home Stretch', is set in a small Irish town in 1987 following a tragic car accident.

Connor, the young driver of the car, lives and heads abroad to start another life.

Travelling first to Liverpool, then London and finally New York.

Connor also moves around the gay scene in the UK and US - but Graham says it was easy to find material.

"Connor travels, but you'll notice he's been to places I've been.

"I didn't go mad on the oul research", he jokes.

"I remember I was doing a literary event, one of the first literary events I ever did, and I was backstage with a woman and she'd written a novel set in Tudor London.

"And I was 'That's amazing, so much work, all that research' and she went 'Not really it's horses and candles'.

"That's my level of research, it's horses and candles - so if Connor goes somewhere I've been there.

Main image: Graham Norton is seen during the filming for 'The Graham Norton Show' at BBC studios in London, England. Picture by: Matt Crossick/PA Wire/PA Images