The pedestrianisation of streets in Dublin City Centre is the right move at the right time, accor...

The pedestrianisation of streets in Dublin City Centre is the right move at the right time, according to an inner-city councillor.

Five streets in the Grafton area have gone car-free for the first of four weekend trials.

The move has allowed businesses to expand outwards with tables and chairs set up on the streets and white fences preventing cars from getting in the way.

On Newstalk Breakfast with Shane Beatty this morning, Janet Horner, Green Party Councillor for the North Inner City said it is an “obvious move” for the city centre.

“It is something businesses want – we’re very hopeful it will help support improved footfall,” she said.

“So, I think there are multiple reasons why this is a good move and good time to do it as well.”

She said the first day of the trial was “very successful” even if there are still “a few tweaks and a few changes” needed for next weekend.

“It was really nice to see some life brought back to certain streets in Dublin that have been a little bit quiet in recent months,” she said.

“Certainly, along Drury Street and South Anne Street in particular the council put out seating outdoors and people were able to relax and enjoy a coffee and take in some of the atmosphere in town – which is something we haven’t really had a chance to do since before the pandemic times.”

She said the pedestrianisation that is ongoing in Dublin and other towns and cities around the country is about more than traffic and transport.

“We are seeing this as an upgrade to the public realm. An upgrade to what our streets can look like and feel like and just make them relaxing, enjoyable environments to be in – not thoroughfares where it is hustle and bustle and it is stressful, which is too often the case when we are walking around Dublin,” she said.

Pedestrians galore today. Our pedestrisation of the Grafton Street area is underway. Plenty of space to have a wander around. #Dublin #covidmobility #walkdublin pic.twitter.com/U56KOrapBp

She said the south side of the city has failed to rebound as well as the Henry Street area – with footfall around Grafton Street before this weekend sitting at around 30% of pre-COVID levels.

Councillor Horner said authorities are trying to make it “safer, more convenient and more pleasant” for people to leave their cars at home.

“A lot of the time those streets are congested with traffic and they are just not enjoyable to walk down so that is one of the things we are trying to do,” she said. “We would like to hopefully move people out of their cars a little bit.

“Public transport capacity has been reduced so we do need those alternatives as well because we need people to seek alternative routes into town.” 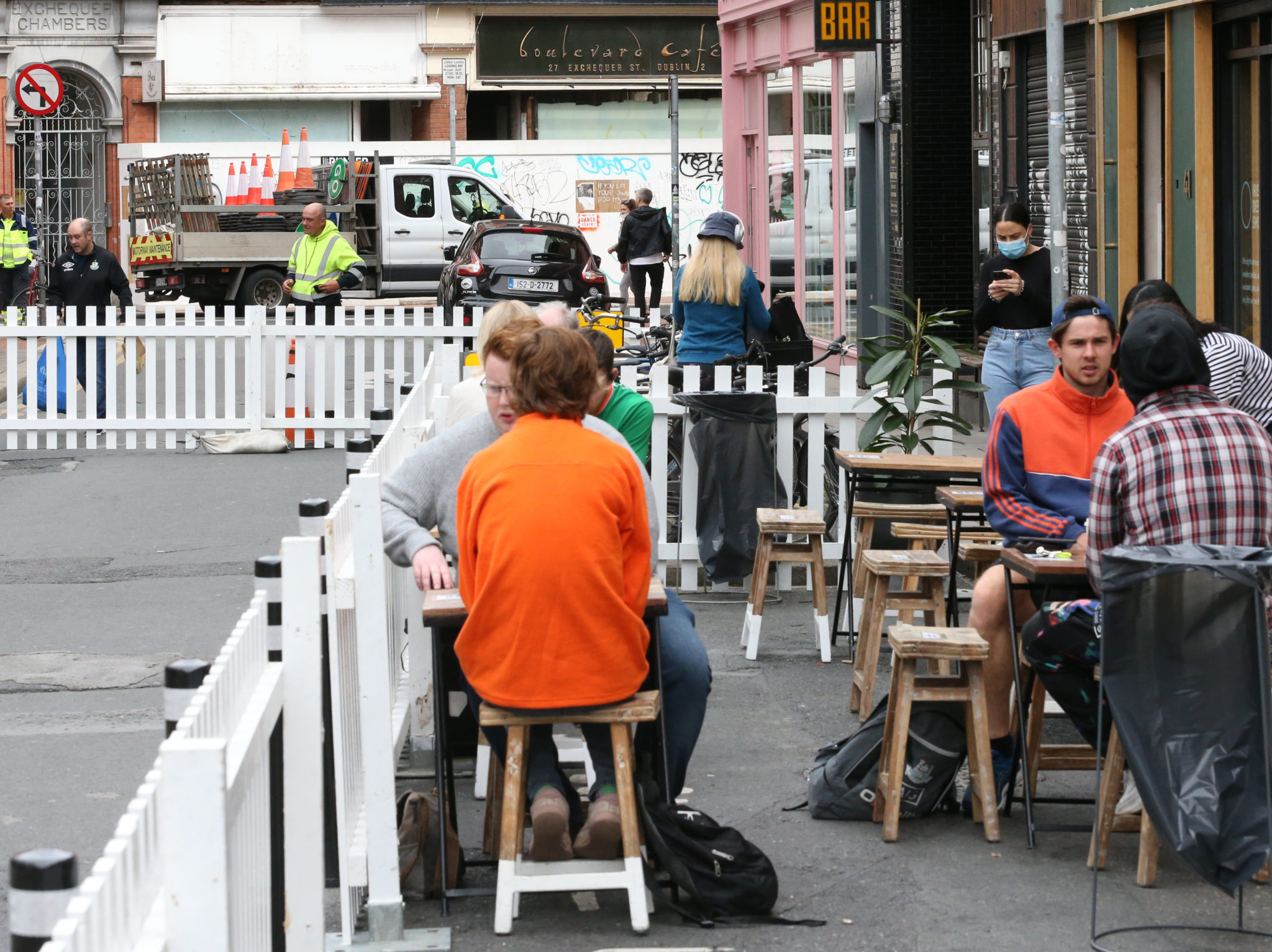 A number of streets in Dublin city centre will be pedestrianised today and tomorrow as part a trial that is set to run for the next four weekends, 25-07-2020. Image: Sasko Lazarov/RollingNews

She said she will be pushing for a “serious discussion” on making the car-free zones permanent.

Dublin City Council is asking people to come into town and see for themselves before providing feedback through an online survey.

“Obviously if any huge problems turn up, those will need to be addressed before anything further is done,” she said. “But the idea of a trial is really to give people a sample of it and hopefully, give people an opportunity to see the advantages of what this kind of change to our inner-city streets would be.”