Saoirse Ronan and Andrew Scott miss out at the Golden Globes

Renée Zellweger has beaten off competition from Saoirse Ronan to take home the Best Actress awar...

Saoirse Ronan and Andrew Scott miss out at the Golden Globes

Renée Zellweger has beaten off competition from Saoirse Ronan to take home the Best Actress award at the Golden Globes in Los Angeles.

Zellweger was honoured for her portrayal of Judy Garland in the film Judy.

She won out over the 25-year-old Irish actress as well as Charlize Theron, Cynthia Erivo and Scarlett Johansson.

World War One epic 1917 won out in the Best Drama category with director Sam Mendes also winning best director for the picture.

Joaquin Phoenix won the best actor in a drama category for the Joker. 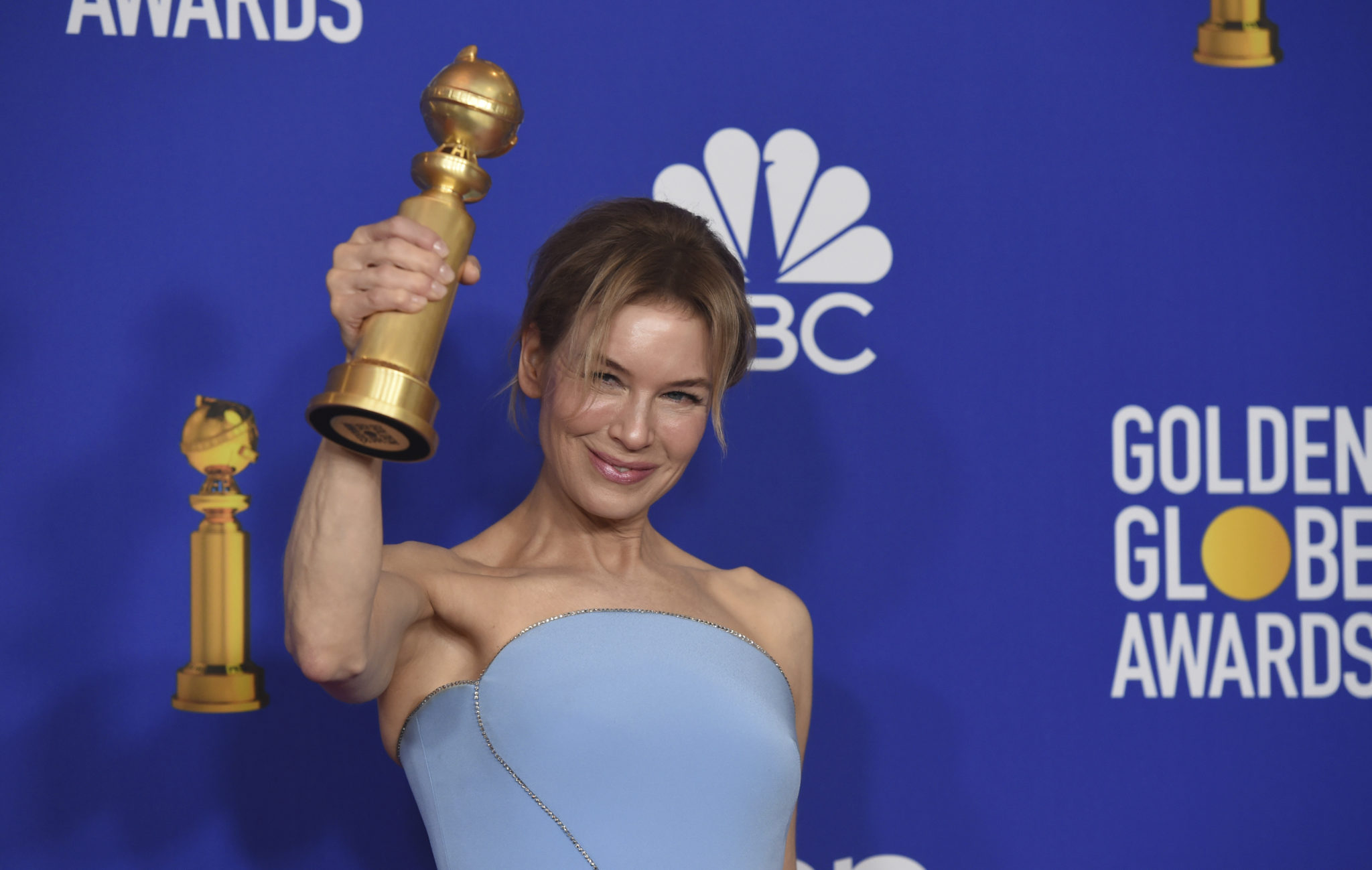 Renee Zellweger poses in the press room with the award for best performance by an actress in a motion picture drama for "Judy" at the 77th annual Golden Globe Awards, 06-01-2019. Image: Chris Pizzello/AP/Press Association Images

Meanwhile, Fleabag was given two awards - best comedy series and best actress in a TV comedy for its creator Phoebe Waller Bridge.

Irish actor Andrew Scott - who was nominated for his role as the 'Hot Priest' in the show - said it is great to see her talent being acknowledged.

“We did a play together many years ago so I have always known that she has her own singular spark of divine fire so it has been amazing to see the world wake up to her talent.

“I am really proud to be associated with her in some small way. 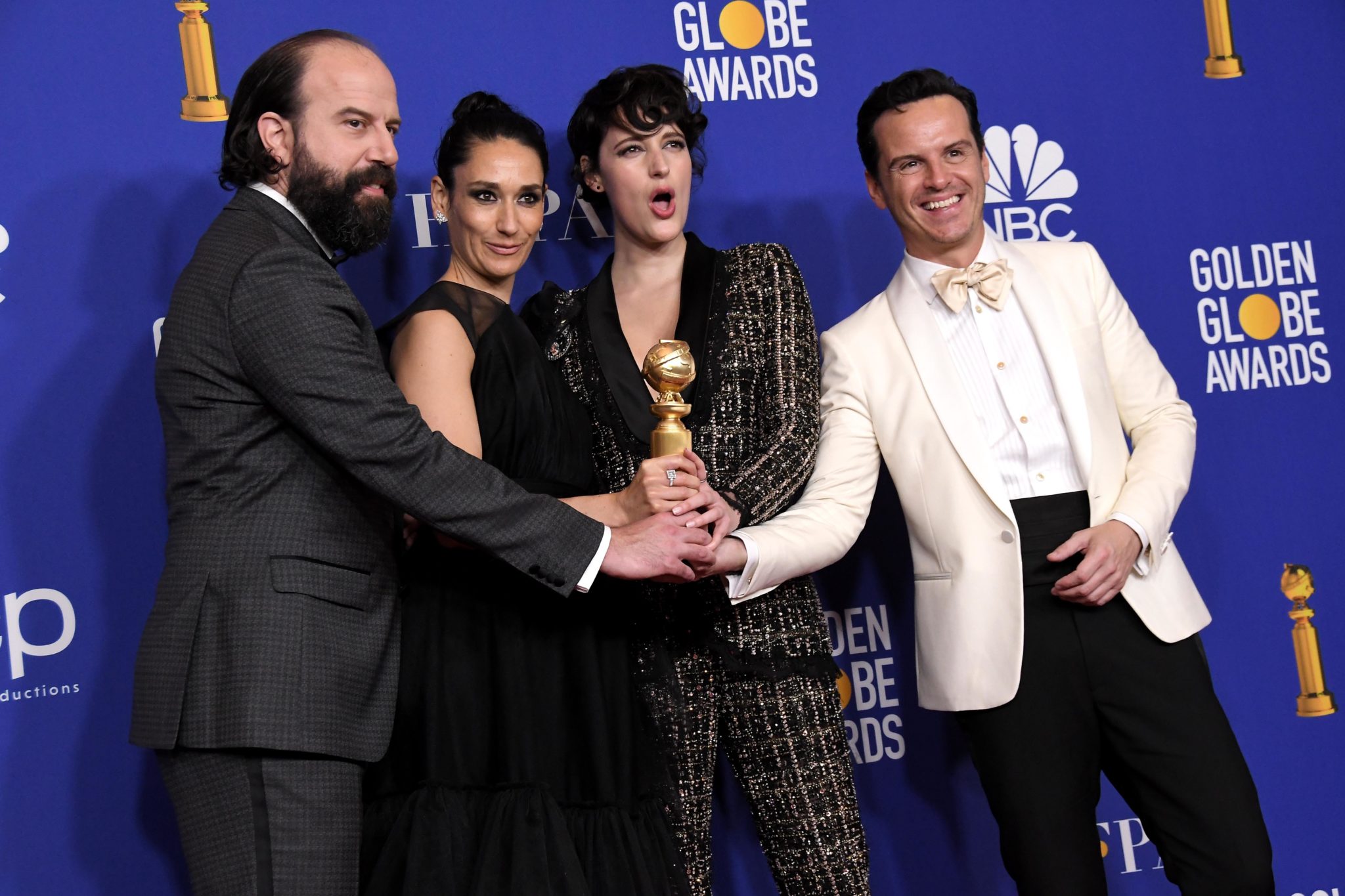 Netflix dominated the build-up to the ceremony with a total of 11 nominations for Marriage Story and The Irishman; however the streaming service only picked up one in the end – best supporting actress, for Marriage Story's Laura Dern.

Meanwhile, Russell Crowe used his award to highlight the “tragedy unfolding” in Australia as bushfires continue to burn in the country.

Crowe won a best actor award for “The Loudest Voice” but was unable to attend the ceremony as he did not wish to leave home while the fires burned.

In a video shared to his Twitter page, Crowe showed the details of his truck for "when things get crazy", containing a water tank, fire blankets, spare hoses and other fire-fighting equipment, along with his shiny Golden Globe on the seat inside the vehicle.

Thanks to the @goldenglobes .
What a cast I got to work with.
Naomi Watts, @WallisAnnabelle Sienna Miller, Aleksa Palladino @JoshStamberg @SethMacFarlane Simon McBurney and everybody else. They created a complete world. Their commitment, sensitivity and courage was inspiring. pic.twitter.com/AW9PtKwKF3

Making a statement on his behalf at the ceremony, Jennifer Aniston and Reese Witherspoon said: “Make no mistake, the tragedy unfolding in Australia is climate-change based.”

At least 24 people have died in the fires so far with around 2,000 homes destroyed.

The wildfires have so far scorched an area more than twice the size of Belgium, and more than 135 fires were still burning across New South Wales.

Rain and cooler temperatures were bringing some measure of relief for parts of the country battling wildfires overnight; however firefighters have warned that the rain will put out the largest and most dangerous blazes before conditions deteriorate again this week.

Golden Globes: No luck for Irish nominees as 'Nomadland' and 'The Crown' win big