Listeners have been giving their views on the divisive issue of a reply of the AIB All-Ireland Club Football final.

The Central Competitions Control Committee has received an objection from Derry club Glen against awarding the win to Kilmacud Crokes on Sunday.

The Dublin club won by two points, but the outcome has now been challenged due to them having more than 15 players on the pitch in the final passage of play.

Crokes have three days to lodge a counter-objection if they wish to do so.

Tony in Co Monaghan told Lunchtime Live a replay is the only way to go.

"It would have been much better if the Central Competitions Control Committee had investigated the matter," he said.

"If they investigated it - it's an open and shut case - 16 players on the pitch. 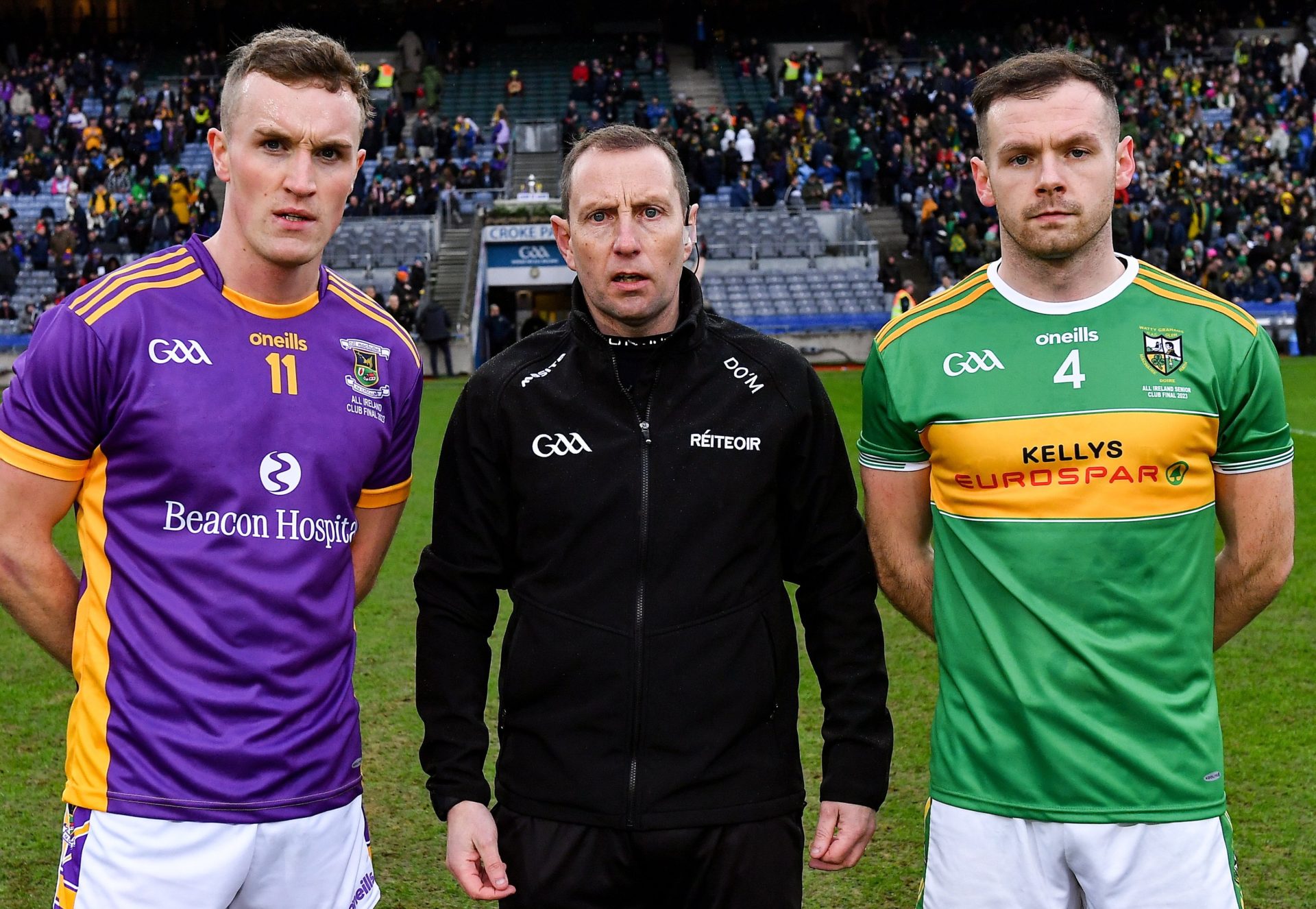 "It would have certainly taken a lot of pressure off Glen, and it's a pity Glen were put in that position.

"You will often see that, and sometimes it's about a game where it doesn't really matter [because] they're 20 points ahead.

"This game was there for the taking, Glen were attacking, they were defending against 16 men.

"There should be a replay: I'll be very surprised and very disappointed if that doesn't happen.

"There's no point winning a game if you don't win it fairly", he added.

'A hammer to crack a nut'

"I'm not entirely sure that a replay is the appropriate sanction here," he said.

"I just feel it's using a hammer to crack a nut in this case.

"I think there was a rule breached and Glen have a case for making an appeal.

"I'm just not convinced a replay's the right outcome."

'What difference does that make?

Edwin said this was a genuine mistake.

"I think the difference in the likelihood of Glen scoring a goal, from a last minute 45 against 15 players compared to 16 players, is miniscule.

"The referee at the time should have replayed the 45 once he realised the error was made, but I don't think the error was grave enough to warrant a replay.

"I think we have to judge every case on a case-by-case basis.

"While the rules have been broken, the sanctions that have been mentioned there are reply, forfeiture or fine.

"I do think that a fine would be most appropriate here," he added.