Holly Lewis suffered a broken shoulder and cuts to her body

The mother of a three-year-old girl hit by a scrambler bike in Dublin believes her daughter is lucky to have not suffered worse injuries.

Holly Lewis suffered a broken shoulder and cuts to her body when the bike knocked her down from behind and went flying over her head.

The incident happened at a park in Tallaght on Friday.

Her mother Sarah told The Hard Shoulder her daughter was lucky to have escaped without more serious injuries.

"She has a broken shoulder and she has cuts on her head and over her body.

"But I was told that she was very lucky to get away with just that.

"The bike had ran over her head and the weight of those bikes alone is very heavy, but there was two lads on the one bike as well.

"They're added weight as well - it could have been a lot worse". 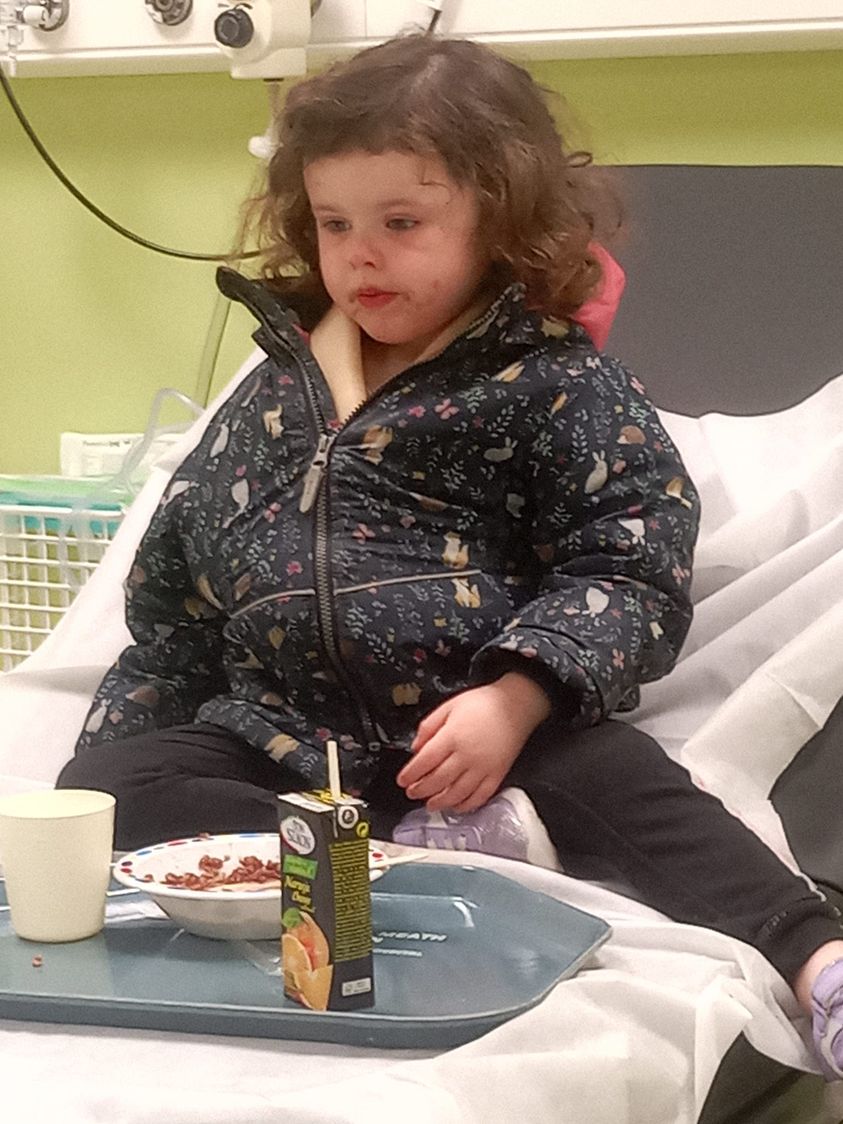 'Blood coming out of her head'

Sarah says after the incident, neither of the people on the bike checked to see if her daughter was OK.

"We were just out in my local park, which is not too far from me, and there was two fellas that had been going up and down on a scrambler bike.

"They had already passed us once, and my mam had made a comment that they were going to hit somebody.

"They had turned back around - my mam was pushing my two-month-old son in his buggy - and we were walking down a hill at this stage.

"So the bike had gone by my mam and the buggy, and straight towards Holly's direction.

"He did try to swerve... but unfortunately he couldn't stop the bike, so it went straight into her.

"It hit her straight from behind: she landed on her face - the bike had went over her back, her shoulder and her head."

Sarah says the bike drove off straight away.

"She was on the ground, she was limp for a second and I thought 'That's it, she's gone' - but thankfully not".

Sarah says: "I was just in a complete state of shock, just shock, I didn't know what to do or say.

"Eventually I ran over to her and I turned her around and she started screaming, and I thought 'Thank God she's alive'.

"But then she had blood coming out of her head and it was just very frightening to witness that".

And she says she knows people have been trying to get scrambler bikes off the streets - but more needs to be done.

"I think a lot of people have been trying to fight to get them off the street because they're just too dangerous.

"I could have lost my daughter on Friday, that's how serious it is".