Germany is marking 30 years since the fall of the Berlin Wall. The infamous wall - which was firs...

Germany is marking 30 years since the fall of the Berlin Wall.

The infamous wall - which was first constructed by authorities in Soviet-controlled East Germany 1961 - separated East and West Berlin.

It was seen as the most prominent symbol of the 'Iron Curtain' that separated western and eastern Europe during the Cold War.

In the wake of revolutions in a number of eastern bloc countries, authorities in the German Democratic Republic (East Germany) announced on November 9th 1989 that its citizens could again visit the western part of the country.

In response, crowds from both sides of Berlin triumphantly climbed the wall and began demolishing it.

People continued to chip away at the wall over subsequent weeks, while an official demolition effort began the following June.

Thirty years after the historic events of 9th November 1989, events are being held across Germany today to mark the anniversary.

Chancellor Angela Merkel - who grew up in East Germany - attended events in Berlin this morning, saying in a speech that there's a need to ensure "no wall will separate people ever again". 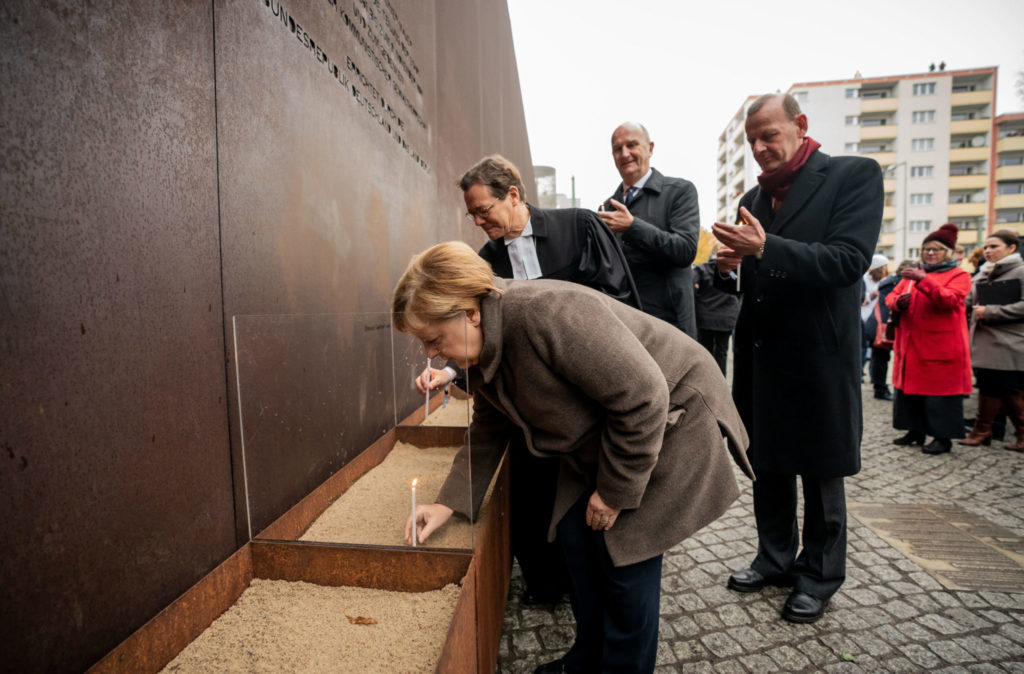 She was joined at the ceremonies this morning by President Frank-Walter Steinmeier, as well as the leaders of Hungary, Slovakia, the Czech Republic and Poland.

Foreign minister Heiko Maas, meanwhile, tweeted that the Berlin Wall was torn down by "many courageous people in East Germany", adding that their "hunger for freedom and justice was stronger than all the fences and walls".