Gardaí have seized loaded guns and drugs worth nearly €250,000 in Dublin. They were uncovered ...

Gardaí have seized loaded guns and drugs worth nearly €250,000 in Dublin.

They were uncovered after separate search operations targeting organised crime in the north and west of the city.

The guns were found during searches at homes in Shancastle Park near Clondalkin in west Dublin just after 6pm yesterday.

They were both loaded and wrapped in clingfilm at the back of one of the houses. 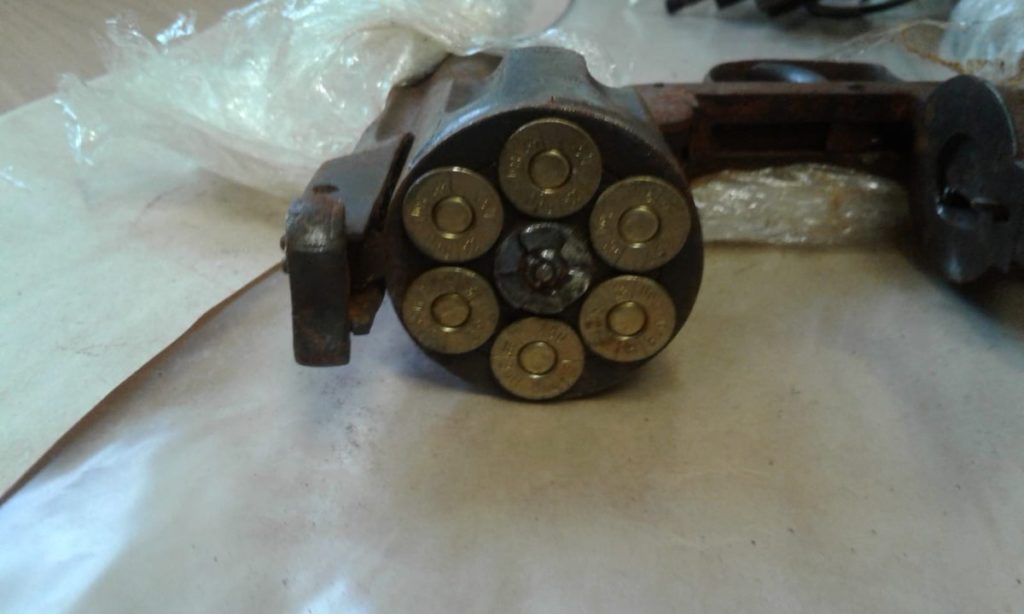 A loaded gun seized by gardaí. Image: An Garda Síochána

Gardaí said both weapons were made safe and removed for ballistics testing.

Three men were arrested and are being held at Garda stations in west Dublin. The Garda investigation is ongoing.

Separately, Gardaí found over 1kg of heroin and a quantity of cocaine at a house in the Cromcastle area of Kilmore near Coolock.

DUBLIN - Gardaí from Ballymun have seized Heroin & Cocaine with an estimated street value of €250k (analysis pending) during a search of a house in the Cromcastle area of Kilmore. One man (20s) has been arrested & is currently detained at Ballymun Station. pic.twitter.com/oky0lyTpep

Investigators said the drugs were worth around €240,000.

A man was arrested and is being held at Ballymun Garda Station.