Use of facial recognition technology by An Garda Síochána would move Ireland further towards a 'dystopian' surveillance society.

That's according to Elizabeth Farries, assistant professor at the UCD Centre for Digital Policy.

She was speaking as Gardaí may soon have the right to use facial recognition to tackle serious crime.

It is thought the technology would be used, along with artificial intelligence and expanded surveillance, to allow rapid identification of criminals.

But Prof Farries told Newstalk Breakfast this technology is unlikely to accomplish its goal.

"It doesn't accomplish the goal that Guards are seeking.

"It's not accurate, it can be discriminatory - and it moves us further towards a surveillance society that is somewhat dystopian in character".

She says similar systems used in other countries have serious issues.

"There's a lot of evidence that - due to the failure in the facial recognition tech algorithms - these system have renowned accuracy problems against women, against young people and against black and brown people.

"In fact, the UK Met Police FRT system was found to have an error rate of 81%.

"So how can Guards justify a policy of deploying this tech, when it doesn't really do what it's supposed to - when it can lead to wrongful detentions or arrests?

"Even if the algorithms did get better, improved accuracy doesn't save facial recognition tech from the problems of discrimination". 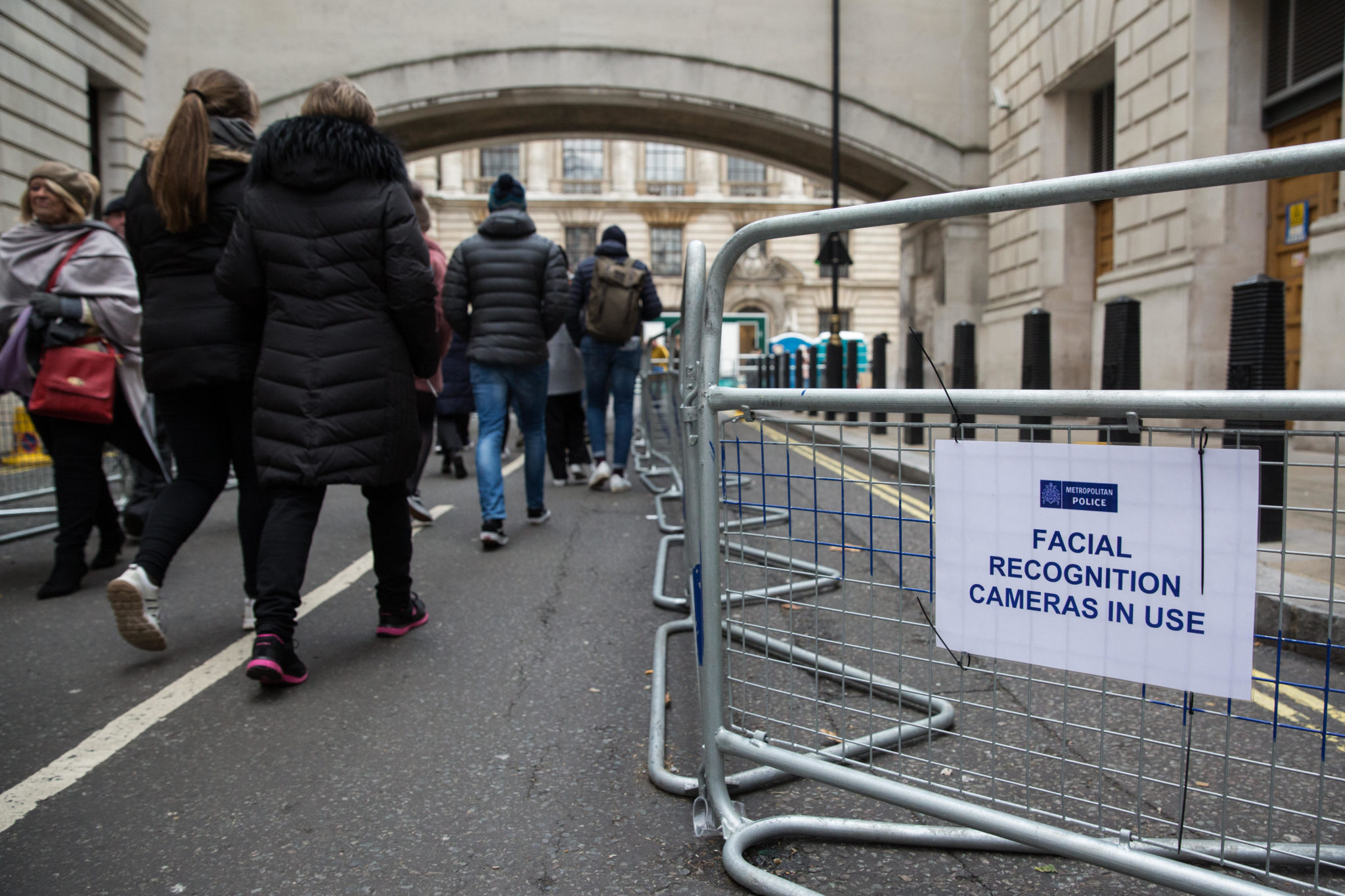 Notices notifying the public regarding the use of automated facial recognition cameras at an event in London, England in November 2017. Picture by: Mark Kerrison/Alamy Live News

And she believes the use of such technology opens up larger questions.

"Do we want to move society towards a scenario where it becomes impossible for anyone to move through spaces and remain just a face in the crowd?

"FRT tech is different from cameras - it doesn't just see you, it has the capability to know who you are.

"It can be connected to databases holding detailed information on you.

"Does Ireland want to repeat the policing behavior of other states?

"Look at Russia - where the use of FRT during anti-government protests led to the collection of biometric data of thousands of opposition supporters".

Pat Marry is a former detective inspector and author of 'The Making of a Detective'.

He says the technology would be heavily regulated.

"I think facial recognition is - and will be - a very good tool in the toolbox of the investigator.

"I would welcome that - but obviously, like all practices within the Garda Síochána with this facial recognition [there] has to be a planned code of practice in respect of how it's used and it has to be regulated.

"Your thought process has to be reasonable, proportioned and necessary.

"And I'm sure some of those aspects will be used in respect of the facial recognition process".

And he believes any use of it will be open to scrutiny.

"Facial recognition will be something that will be used for the benefit of public safety and national security.

"Let's say if it's used as evidence in a trial, it will be scrutinised by defence teams.

"And if it's used as evidence or that it will be scrutinised."

Main image: A computer performs facial recognition on a photograph of a man in November 2019. Picture by: Gado Reportage / Alamy Stock Photo