Iceland holds 'funeral for a glacier'

A 'Funeral for a Glacier' has been held to commemorate Iceland's first glacier lost to climate change.

Researchers from Rice University in Houston (who initiated the project) were joined by scientists, politicians and hikers to place a plaque at the site of the the former glacier, named Okjökull, which they hope will act as a warning of the impact of climate change.

Author, Andri Snær Magnason, who wrote the words for the memorial was also in attendance. The inscription reads:

Ok is the first Icelandic glacier to lose its status as glacier. In the next 200 years, all our glaciers are expected to follow the same path. This monument is to acknowledge that we know what is happening and know what needs to be done. Only you know if we did it. 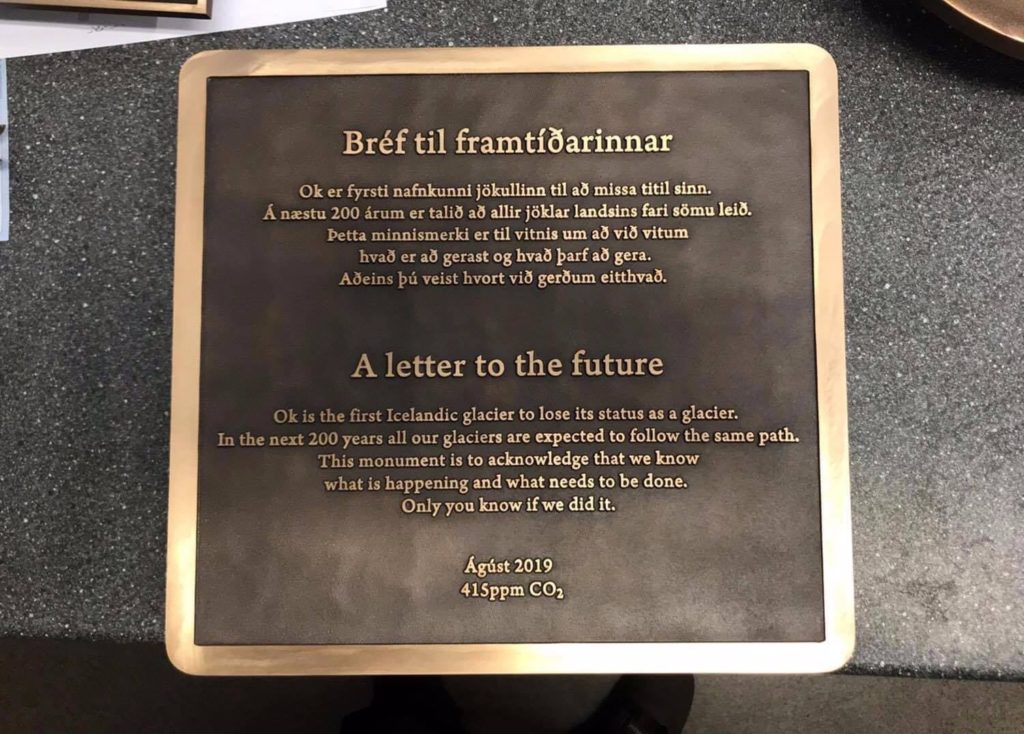 The first Icelandic glacier to fall victim to climate change will be remembered with a memorial to be unveiled today — the first of its kind in the world, installed at the very place where the glacier #Okjökull, known as “Ok,” stood. #OkGlacier pic.twitter.com/unXf4FnB4P

Former President of Ireland and United Nations High Commissioner for Human Rights, Mary Robinson also attended the event. She echoed the message contained on the memorial.

“The symbolic death of a glacier is a warning to us, and we need action.”

Funeral for a Glacier

After it no longer met the criteria to be designated a glacier, the word jökull (meaning glacier or ice cap) was removed from its name and it is now simply referred to as 'Ok' after the volcano that it was located on.

Today, @CymeneHowe and @DominicBoyer led a hike on #Okmountain in Borgarfjörður, Iceland to install a memorial to #Okjokull, the country's first named glacier lost to climate change. #Okglacier pic.twitter.com/Haek1GM8SA

After learning about the melted glacier, anthropologists Cymene Howe and Dominic Boyer from Rice University decided that the disappearance of the glacier deserved commemoration.

They produced a documentary in 2018, entitled “Not Ok,” and they were instrumental in the production of the memorial plaque.

"The conversation about climate change can be very abstract, with many devastating statistics and sophisticated scientific models that may feel incomprehensible. Perhaps a monument to a lost glacier is a better way to fully grasp what we now face."

Further information on the former glacier can be found here: https://www.notokmovie.com/