Demonstrators in Hong Kong have again defied a ban on demonstrations and held large protests in the city.

While smaller numbers are taking to the streets in comparison to the crowds seen earlier in the months-long campaign, Sunday again saw major disruption in the territory.

Authorities had banned today's planned anti-government marches, but the organisers pressed ahead with their plans.

Many of the protesters gathered in the Mong Kok shopping district, with local reports saying police used rubber bullets after some protesters threw petrol bombs.

Images also showed water cannons and tear gas being used in parts of the city today. 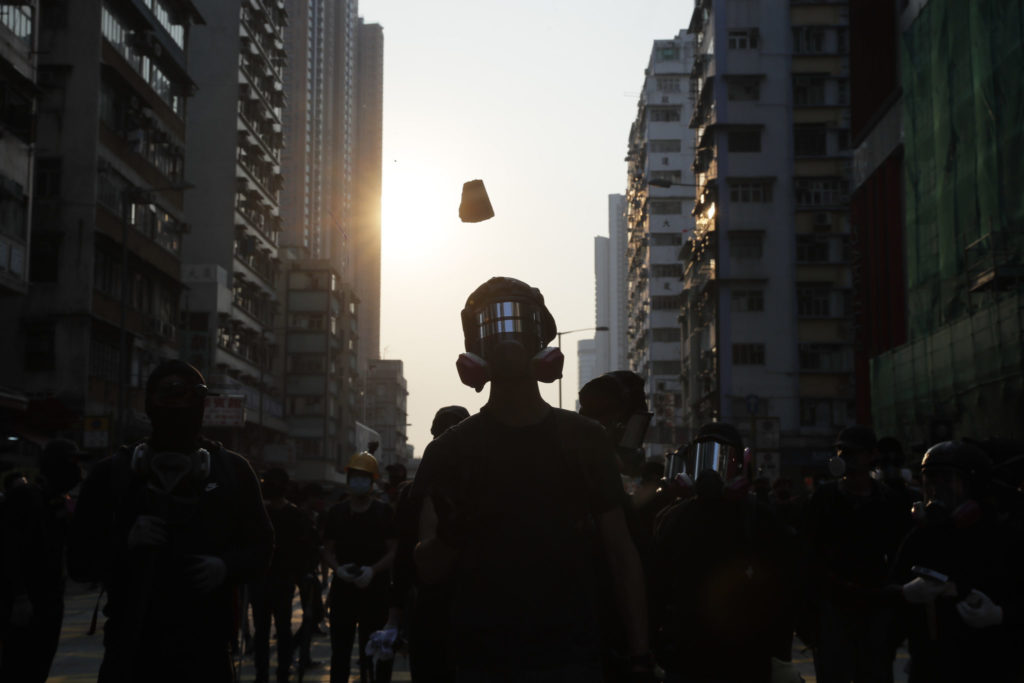 Elsewhere, police apologised after using coloured water to disperse crowds near a mosque in the city.

The force said in a statement: "It is most unfortunate that the dispersal operation has caused unintended impact on the Kowloon Mosque.

"Following the incident, the Police have immediately contacted the Chief Imam as well as Muslim community leaders to clarify the situation and to show our concern."

Photos shared on social media showed a large number of people gathering at the mosque to help with the clean-up operation.

After police soaked the Kowloon Mosque in capsicum-laced blue dye, protesters returned to the scene to clean it up. If they thought hiring ethnic minority thugs to attack Jimmy Sham was going to drive a wedge between Hongkongers, they were mistaken. It’s brought them together. pic.twitter.com/o61xBELvua

The protests began in Hong Kong during the summer over a controversial extradition bill that would have allowed authorities to send suspects to mainland China.

Despite the bill having now been withdrawn, the movement soon morphed into larger pro-democracy protests - calling for free elections and an inquiry into the police handling of the demonstrations.

There has been fresh anger after a high-profile protest leader - Jimmy Sham - was attacked earlier this week.

The South China Morning Post reports Mr Sham was hit with hammers and spanners on Wednesday night in an attack which the local government condemned as "totally unacceptable".

Pet dog dies after being released from coronavirus quarantine