'Framing Britney Spears' director: 'This is about how we treat women'

The director of a new documentary on US singer Britney Spears has said it is about how we treat women in society.

'Framing Britney Spears' is the story of the singer's rise as a global pop phenomenon, and her downfall.

The film has re-ignited a wave of support for her under the hashtag #FreeBritney​.

Fans are calling for her to be released from the conservatorship the now 39-year-old was placed under more than 10 years ago.

Director of the documentary, Samantha Stark, told The Hard Shoulder we all need to examine our complicity.

"I think that this story is about how we treat women in our society."

"We spend a fair amount of the film looking back on media coverage of Britney from the early 2000s, and we see how this teenage girl was asked questions like 'are you a virgin?', 'we're all going to take about your breasts now'.

"She was shamed a lot for her sexuality back then - it seems appalling to watch it now."

"It hasn't been that long since that was happening".

She said it was a strange process, as neither Britney or her family were involved.

"I've never made anything where the central person in it didn't patriciate - I hope I never will again".

But she said legal issues prevented many people from speaking.

"No one in the family can really speak in the media because if they do, what they say could be used as evidence in court."

"There's also private medical records and private records that are sealed, having to do with her minor children".

She said the documentary did not 'assume what's in Britney's head'.

"We really wanted to do that with our reporting, only show facts in the documentary."

"I think a lot of people claim to speak for Britney and want to tell you what she was thinking and feeling at all times - but we don't know.

"So we really tried to make a film that was more about the culture around her, and what's happened in our society that made this happen". 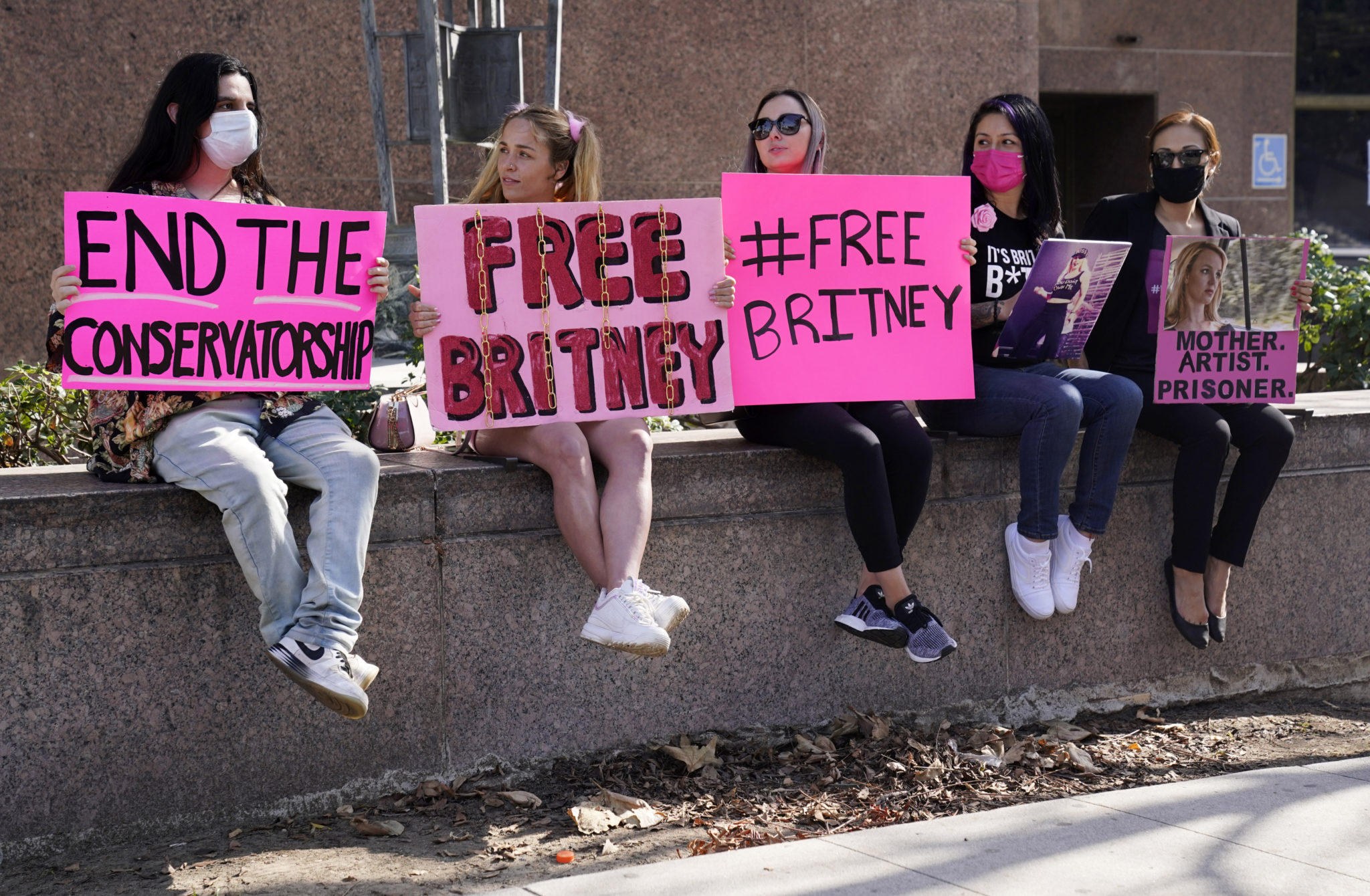 Ms Stark suggests people should also look at themselves in the process.

"The reason that all these magazines with those kind of headlines sold was because we bought them - we tuned in to watch the interview with Britney.

"So definitely we do want to confront everyone with our own complicity in this: the reason this stuff sold is because people bought it".

'Framing Britney Spears' director: 'This is about how we treat women'

Earlier, Irish tattoo artist Maurice Gallagher recalled how the singer was 'sound, polite and down to earth' when he tattooed her in Bray back in 2004.

She had travelled to Ireland with her soon-to-be husband Kevin Federline to perform two gigs at the then-Point Theatre in Dublin.

Gallagher told Lunchtime Live one of the singer's managers phoned and made the appointment, after the Bray parlour had been recommended to them.

He said: "I had to obviously make sure it was legit, so we had to find out who had recommended us… I rang him and checked, and he said it was all legit and above board.

"She came into us the day before she was supposed to be in Ireland… she must have sort of snuck in, as it were!

"We did it at night-time when the shop was closed... She had one bodyguard and one manager with her, and her boyfriend at the time."

"She was there for a long time… maybe around two hours or so. She was full of chat - she was tired, but that’s par for the course in that business.

"She wasn’t a diva. I didn’t know much about her, but she was quite popular… you sort of expected this diva character, but she was very down to earth."

Main image: Britney Spears at the premiere of 'Once Upon a Time in Hollywood' in Los Angeles, California in July 2019. Picture by: Kay Blake/Zuma Press/PA Images