A former TD who lost his seat in the general election has been appointed to the Seanad by acting ...

A former TD who lost his seat in the general election has been appointed to the Seanad by acting Taosieach Leo Varadkar.

Sean Kyne has taken the Seanad seat that was left vacant by the election of Frank Feighan to the Dáil.

On the appointment, Mr Varadkar said: "Sean is an excellent local representative who has worked tirelessly for his constituents in Galway West.

"He has never been afraid to take principled positions and he performed his duties as chief whip in the previous Dáil with exceptional tact and ability.

"Sean will also continue in his role as Minister for the Gaeltacht."

Mr Kyne lost his seat in Galway West and Mayo South in the recent general election. 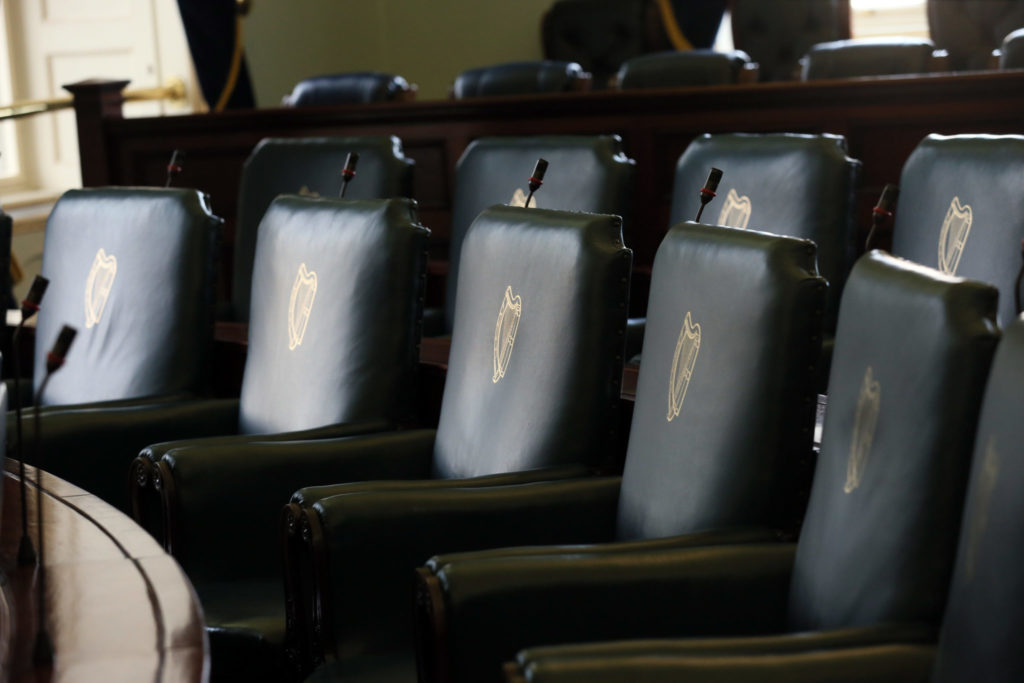 General scenes of the interiors with the chairs in the Seanad chamber inside Leinster House | Image: Laura Hutton/Photocall Ireland

In October 2018 he was appointed government chief whip and Minister of State for the Irish Language, the Gaeltacht and the Islands.

He was a member of Galway County Council for Connemara since 2004.

Meanwhile Solidarity politician Ruth Coppinger is to contest the Seanad election for the NUI constituency.

Ms Coppinger was the only Solidarity - People Before Profit TD to lose her seat in the general election.

The Seanad has 60 members - 11 of these are nominated by the Taoiseach and 49 are elected.

Of the elected members, 43 are elected from panels of candidates representing specified vocational interests.

The remaining six are elected by university graduates of certain universities.

A Seanad election takes place up to 90 days after Dáil Éireann has dissolved.