The ousted former CEO of airline manufacturer Boeing is to get some US$62m (€55.7m) from the company.

Dennis Muilenburg resigned last month over fallout from the grounding of the firm's 737 MAX fleet.

Mr Muilenberg was reportedly reprimanded by the US aviation regulator over concerns that Boeing was trying to force the regulator to move more quickly in getting the aircraft back in the air.

Boeing had said it hoped to get the 737 Max re-certified this year, but the process will now stretch into 2020.

The plane has been grounded since March, after two 737 Max aircraft crashed within five months of each other.

Lion Air flight 610 crashed shortly after take-off from Jakarta, Indonesia killing all 189 people on board.

While 157 people died - including Irish engineer Micheál Ryan - when an Ethiopian Airlines plane came down shortly after take-off from Addis Ababa in March last year.

Boeing subsequently admitted that there had been design flaws in the plane's software. 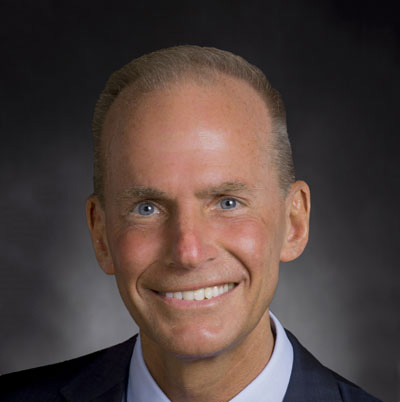 According to a regulatory filing with the US Securities and Exchange Commission (SEC), Mr Muilenburg is not entitled to - and did not receive - any severance payments.

The company's board also said he will receive no payment under its annual incentive plan for 2019.

It says that, based on the closing stock price on January 9th, the forfeited awards would have been valued at approximately US$14.6m (€13.1m).

But The New York Times reports that the value of the other stock and pension awards he is "contractually entitled to" receive is worth US$62.2m (€55.9m).

The SEC filing also revealed that the new CEO, David Calhoun, will receive a base salary of US$1.4m (€1.25m) per year.

He could also get an additional US$7m (€6.29m) on "the achievement of several key business milestones" - including full and safe return to service of the 737 MAX.