A man has died from the coronavirus in the Philippines in what is the first reported death from t...

A man has died from the coronavirus in the Philippines in what is the first reported death from the illness outside of China, the World Health Organisation (WHO) has said.

Dr Rabi Abeyasinghe, a WHO representative, said that "we need to keep in mind" that the 44-year-old was a resident of Wuhan, the epicentre of the outbreak in China.

A 38-year-old woman, who travelled to the Philippines with the man and is from Wuhan, also tested positive for the virus and remains in hospital isolation in Manila. She was the first case in the Philippines.

The man developed severe pneumonia and "showed signs of improvement" before his death on February 1st, the WHO said.

The number of people who have died from the virus has now risen to over 300.

Here, the National Public Health Emergency Team says there are still no confirmed cases of coronavirus in Ireland.

It says advanced plans are in place to get ready to deal with public emergencies such as this, as it had with previous incidents such as pandemic influenza, SARS and MERS.

It says the aim of these plans at this point is one of containment. This seeks to maximise the chance of a case being detected should one arise here, and to prevent it being transmitted to another person.

China is facing mounting isolation in the face of increasing travel restrictions and flight suspensions.

More than 130 cases have been reported across at least 25 other countries including the UK, US, Russia, France, Australia and the United Arab Emirates.

The WHO, which declared the outbreak a global public health emergency last week, has said global trade and travel restrictions are not needed.

But the list of international airlines suspending all or some flights to China is growing.

The US, Australia and Singapore announced measures to ban foreign internationals who have recently been in China from entering their territories.

The US will begin directing all flights from China to seven major airports where passengers can be screened for illness from today.

It came as US officials confirmed an eighth case of the virus on Saturday. 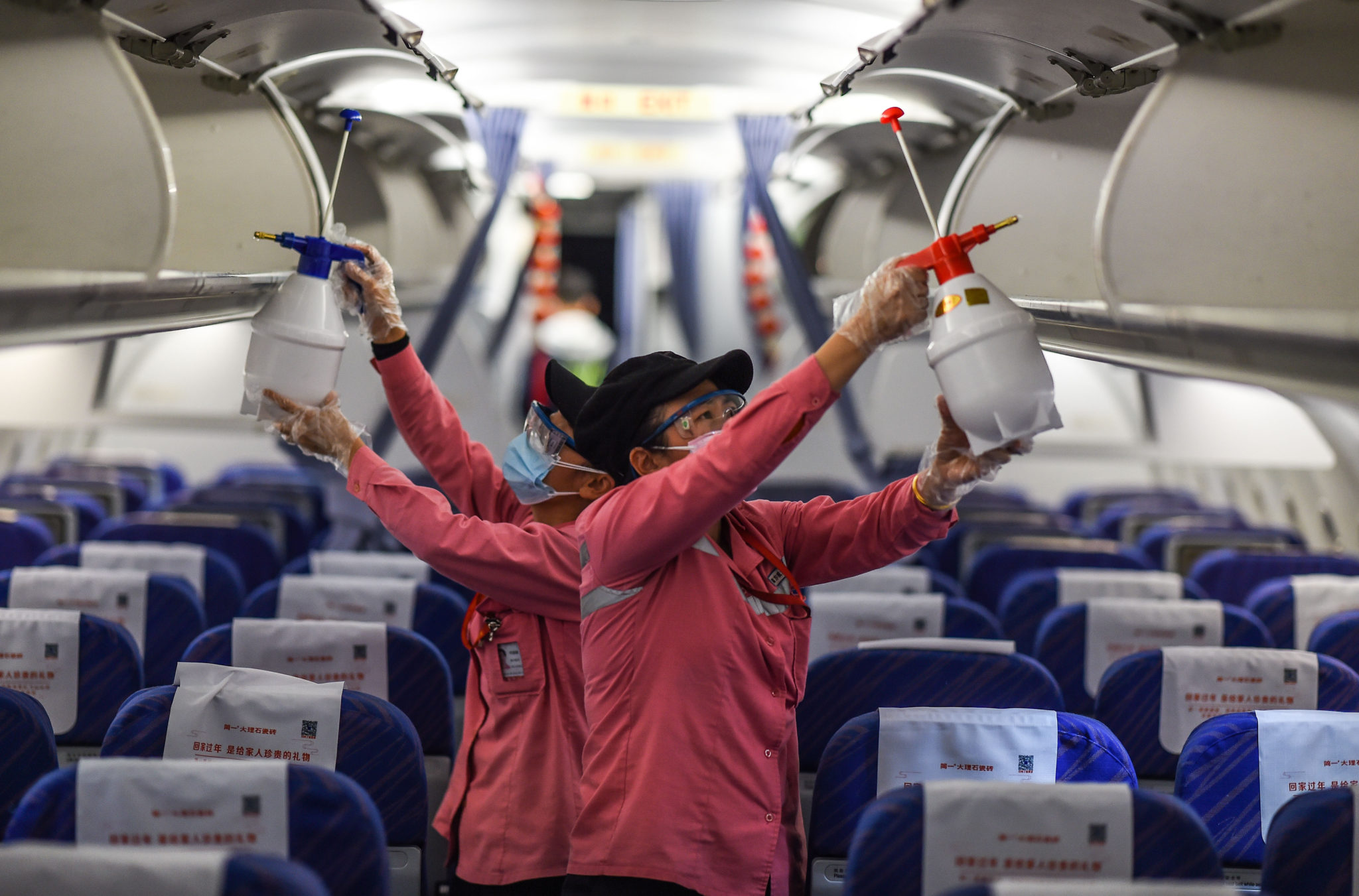 Staff members disinfect the cabin of an airplane after its arrival at the Haikou Meilan International Airport in Haikou, south China's Hainan Province. Photo by Pu Xiaoxu/Xinhua

Britain, which has had two confirmed cases, said it was withdrawing some staff from its embassy and consulates in China.

More than 80 people who were brought to the UK from the affected city of Wuhan are still in quarantine - including three Irish people.

One of the British people infected with the coronavirus is a student at the University of York.

Health authorities are rushing to identify anyone who has come into contact with the pair.

Most international cases have been in people who had recently travelled to or were visiting from Hubei province, the epicentre of the outbreak.

The province has been under a virtual quarantine for the last week, with roads sealed off and public transport shut down.

Chinese authorities have placed restrictions on travel and business in other parts of the countries.