A firefighter has been jailed for five and a half years for dangerous driving causing the death o...

A firefighter has been jailed for five and a half years for dangerous driving causing the death of a young man in Dublin.

The court heard Derek Keane - of Loughshinny, Skerries in Co Dublin - drank up to 15 pints before he got behind the wheel.

A breadman making his early morning deliveries two days after Christmas 2016 found 27-year-old Callum Grimes lying on a grassy verge just off a country road between Rush and Skerries in north county Dublin.

The court heard he had suffered a serious head injury and never regained consciousness.

His family turned off his life-support machine seven months later. 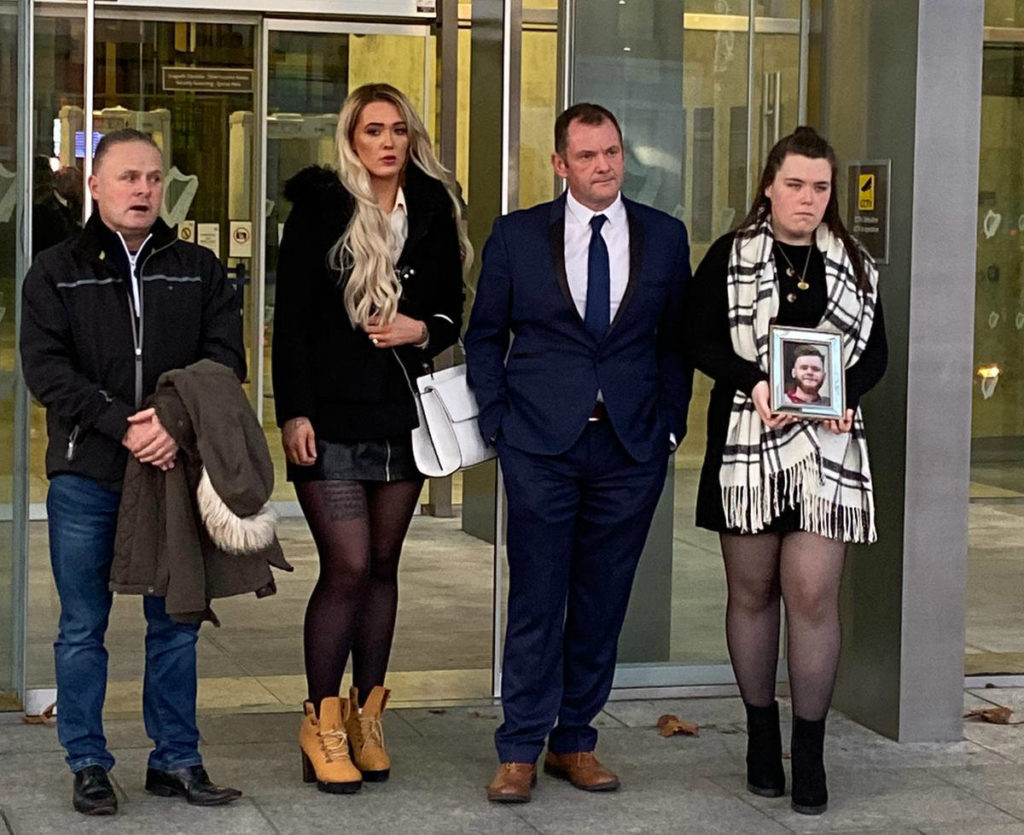 Derek Keane handed himself in later that day and told Gardaí he drank up to 12 pints of Guinness and a gin & tonic before he drove home that night.

He said he had no recollection of what happened, but suspected he was involved when he saw the damage to his van.

A number of people who attended the scene suspected Callum was moved after being struck, but nobody knows exactly what happened.

Callum's father Mark said he still struggles to understand how he left him on the side of the road, and wonders if the son he described as their "blue eyed boy" would still be with them if he had done the right thing.

Judge Martin Nolan described Keane's offending as being at the highest level, before jailing him for five and a half years.