That is one of the findings contained in a report on regional Sustainable Development Goals (SDGs).

The Central Statistics Office (CSO) has published the 2017 report, which contains 70 indicators on regional life.

The lowest rate of divorce was in the West at 0.3, while the rate in Dublin and in the Mid-West was three-times higher at 0.9 per 1,000 population. 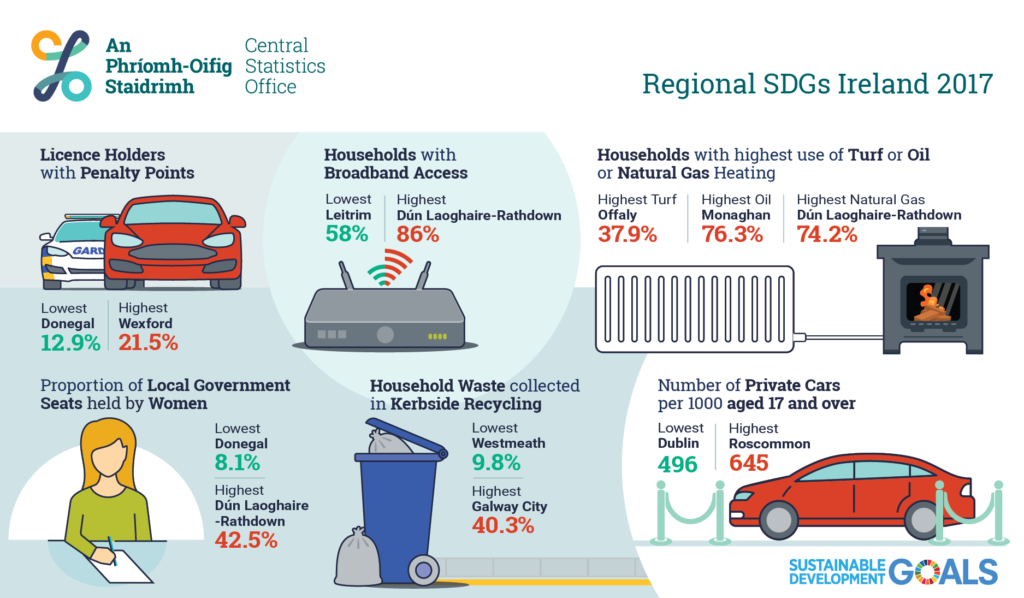 Commuters from the Mid-East, Midlands and Dublin were more likely to leave for work by 7.30am.

Nearly 39% of workers in the Mid-East and about 32% in the Midlands and Dublin started their journey to work by 7.30am - compared to 26% of commuters in the border region.

Nationally, seven out of every 10 private households had broadband access in 2016.

While only 58% of households in Leitrim had broadband access, compared to 86% in Dún Laoghaire-Rathdown.

Longford had the highest fertility rate at 2.25, well-above the national average of 1.81.

Cavan and Waterford County both had a fertility rate of 2.21.

And peat was used for central heating by only 5.3% of Irish households - but was used extensively in Offaly (37.9% of households) and Roscommon (26.6%).

It is the third in a series of reports on SDGs - a set of global development targets adopted by the United Nations member countries in September 2015.