It has delivered a non-binding letter to the board of the Renault Group, proposing a combination of their businesses as a 50/50 merger.

It follows initial operational discussions between the two companies to identify products and places where they could collaborate.

"These discussions made clear that broader collaboration through a combination would substantially improve capital efficiency and the speed of product development", Fiat Chrysler said.

"The case for combination is also strengthened by the need to take bold decisions to capture at scale the opportunities created by the transformation of the auto industry in areas like connectivity, electrification and autonomous driving."

The proposed combination would create a global automaker, which would sell approximately 8.7 million vehicles a year.

But Fiat Chrysler added that the proposed transaction is "not predicated on plant closures" and instead would be achieved through more capital efficient investment in common global vehicle platforms, architectures, powertrains and technologies.

Under the terms of the proposal, shareholders in each company would receive an equivalent equity stake in the combined firm.

The combination would be carried out as a merger transaction under a Dutch parent company.

The board of the combined firm would initially be composed of 11 members, with the majority being independent and with equal representation of four members each for both Fiat Chrysler and Renault.

There would also be one nominee from Nissan. 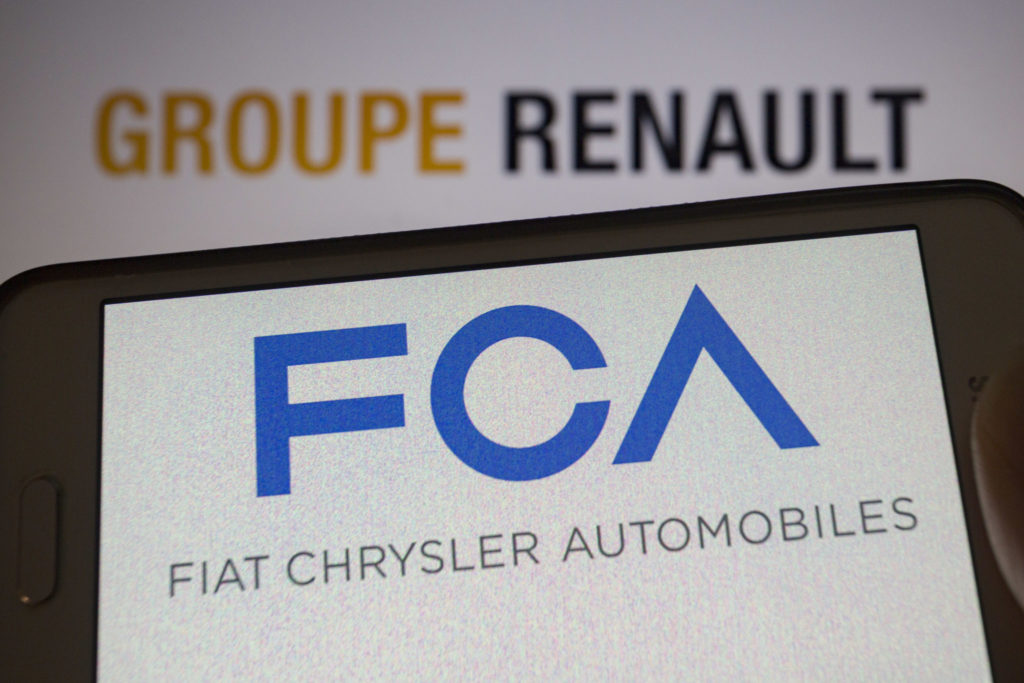 Logo of Fiat Chrysler Automobiles is seen on a smartphone screen against the logo of Groupe Renault | Image: Andre M Chang/Zuma Press/PA Images

The parent company would be listed on stock exchanges in Milan, Paris and New York.

"Before the transaction is closed, to mitigate the disparity in equity market values, FCA shareholders would also receive a dividend of €2.5 billion".

Italian-American Fiat Chrysler operates 102 manufacturing facilities and 46 R&D centers - and it sells through dealers and distributors in more than 135 countries.

The Renault Group is present in 128 countries under three brands: Renault, Dacia and Renault Samsung Motors.

Under an alliance with Nissan, the group is the fourth world automaker and employs more 120,000 people worldwide.