The parents of US student Otto Warmbier have claimed Kim Jong Un and his "evil regime" are respon...

The parents of US student Otto Warmbier have claimed Kim Jong Un and his "evil regime" are responsible for their son's death.

It's a sharp rebuke of Donald Trump's comments about the case yesterday.

The Warmbier family has responded in the wake of the latest summit between the US and North Korean leaders.

Otto Warmbier was medically evacuated from North Korea in 2017 after it emerged he had been in a coma since he was jailed in March 2016.

He died only a week after his release.

The student had been sentenced to 15 years in prison with hard labour after he admitted trying to steal a propaganda sign from the staff-only area of a hotel he was staying at.

In 2017, President Trump claimed the student was "tortured beyond belief by North Korea".

This week marked his second meeting between Trump and Kim Jong Un.

The Vietnam summit ended early without a deal on sanctions and denuclearisation. 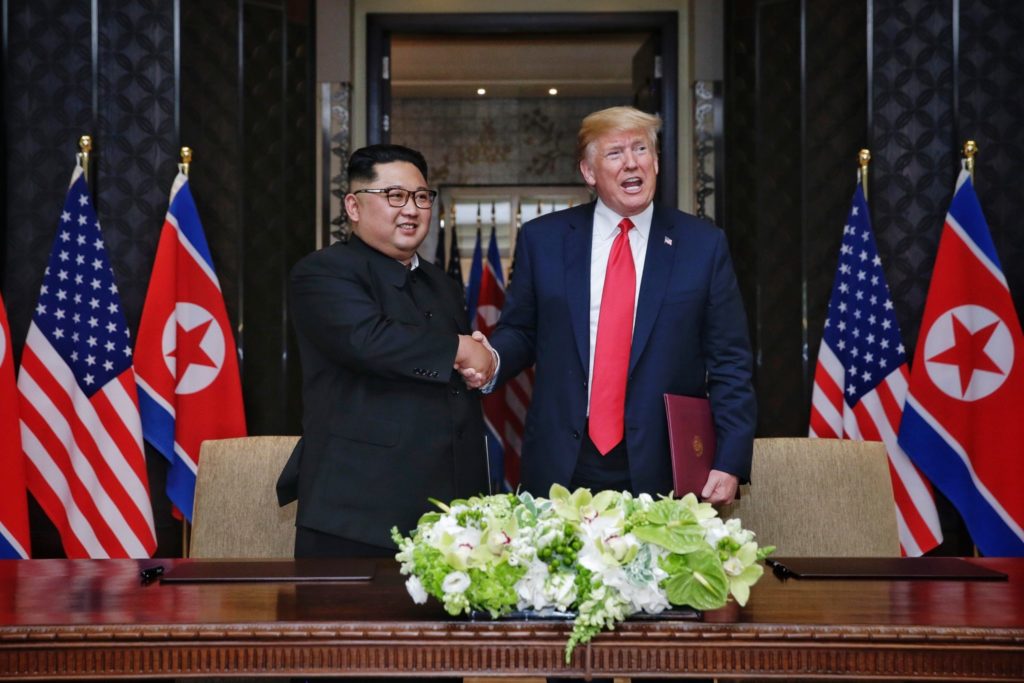 (190228) -- BEIJING, Feb. 28, 2019 (Xinhua) -- Top leader of the Democratic People's Republic of Korea (DPRK) Kim Jong Un (L) shakes hands with U.S. President Donald Trump during the signing ceremony of a joint statement in Singapore on June 12, 2018. (Xinhua/Ministry of Communication and Information of Singapore)

During a press conference following yesterday's summit, President Trump confirmed he had discussed the Warmbier case with Kim Jong Un.

The US president said he took the North Korean leader at his word that he didn't know about the treatment of Otto Warmbier.

He suggested: "I did speak about it, and I don’t believe that he would’ve allowed that to happen. Just wasn’t to his advantage to allow that to happen.

"Those prisons are rough. They’re rough places. And bad things happened. But I really don’t believe that he was — I don’t believe he knew about it."

He added: "I don’t think that the top leadership knew about it."

However, the Warmbier family today said it had to speak out following the summit - firmly disputing Trump's suggestion that Kim wasn't involved.

In a statement, Fred and Cindy Warmbier said: "We have been respectful during this summit process. Now we must speak out.

"No excuses or lavish praise can change that."