The sister of an Irishman facing deportation from the United States of America says his family is...

The sister of an Irishman facing deportation from the United States of America says his family is devastated by his arrest.

Keith Byrne - a married father of three, originally from Cork - has lived in the US for 12 years.

The 37-year-old also runs his own painting company.

Last Wednesday on his way to work, he was arrested by US Immigration and Customs Enforcement agents (ICE).

He is set to be deported within the next two weeks, and is currently being held at detention facility in Scranton, Pennsylvania.

His colleagues say this was brought on because Keith has two marijuana possession charges dating from his early 20s while in Ireland.

They also say Mr Byrne admitted to this when he applied for US citizenship.

His cousin Jeff Snader has started a GoFundMe page to help with the costs of the campaign.

He says: "There's a lot of great things about this country, but there's nothing great about the deportation of Keith Byrne.

"Simply put: we got this one wrong. 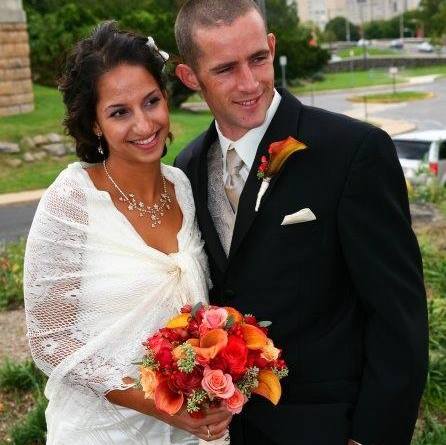 "The America we love is here to support life, liberty and the pursuit of happiness.

"This is intended for the brave and caring souls who are willing to sacrifice to be a part of this: this is everything Keith Byrne is about".

Keith's sister, Melinda, told Newstalk Breakfast with Susan Keogh they are hoping US officials see sense and let him stay.

"He had work authorisation, he has been paying taxes, he has a driving licence - you could say technically he is considered a US citizen, you know.

"But it's just with the immigration laws they're so strict."

"We really are looking for any assistance that we can get to help Keith to get his citizenship.

"His wife is devastated - obviously there's always the chance that this will happen, but you can never imagine when you're being open and honest about everything that this will arrive to your door".

"He was always open and honest - he went to ICE directly in 2010 to adjust his status, but unfortunately his application and subsequent appeal have been denied".

She says his former cannabis charges were not considered an offence under federal law, but this is not the case with immigration law.