Entire FAI board to step down in July

The entire FAI board is to step down this summer. Shane Ross told the Oireachtas Sports Committee...

Entire FAI board to step down in July

The entire FAI board is to step down this summer.

Shane Ross told the Oireachtas Sports Committee that FAI had written to him to indicate that "decisive action" was being taken "as a result of the ongoing pressure" the association has faced.

It comes after John Delaney stepped down from his new role as executive vice president at the association while an independent investigation into "issues of concern" to the FAI board is carried out.

The letter to Minister Ross notes that the association has asked a new governance group tasked with examining proposals for restructuring the board to bring forward recommendations "as speedily as possible."

It said it aims to present the proposals at an Extraordinary General Meeting (EGM) of the association this July.

"When a new structure has been put in place, it is the intention that the existing board will step down to allow for a new board to be constituted in the best interests of football," it said. 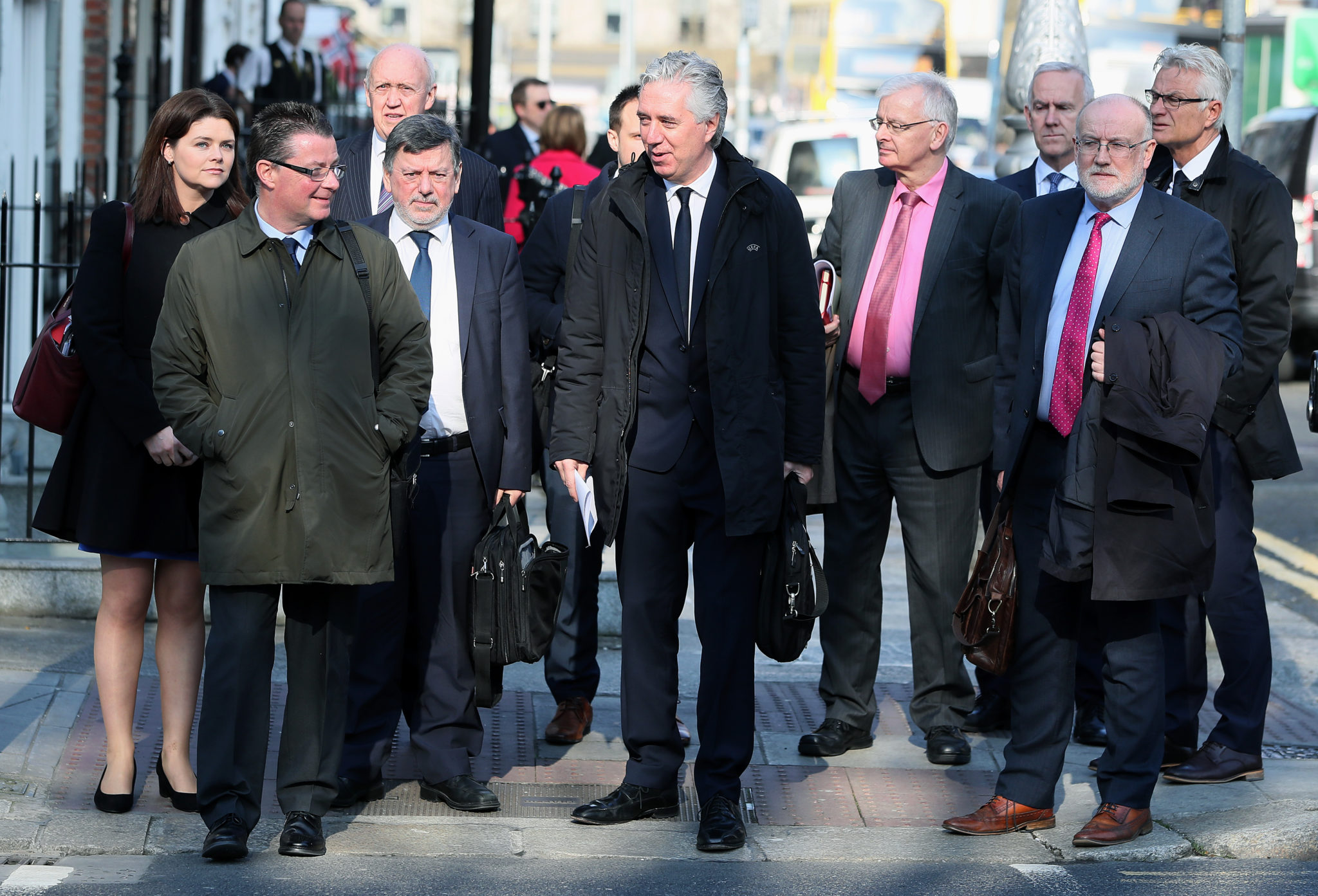 This lunchtime, it emerged that the auditors of the FAIs accounts have filed an official notice warning that the association's accounts are being improperly kept.

Accountants Deloitte yesterday filed an official declaration with the Companies Registration Office (CRO) warning that the FAI is in breach of section 281 and section 282 of the Companies Act.

The sections relate to a company's obligation to keep adequate accounting records so that can they can be properly audited.

The FAI board will already have been informed of the filing and the CRO is obliged to inform the Office of the Director of Corporate Enforcement about it.

The H4 filing is the first of its kind this year and is viewed as a rare occurrence in Irish company law.

The entire #FAI board has indicated its intention to step down this summer. The full letter to Sports Minister Shane Ross below: pic.twitter.com/gKUvwBUFXX

Minister Ross said events over the weekend alongside the FAIs appearance before the Oireachtas were "hugely disappointing."

He added that the announcement that Mr Delaney had voluntarily stepped aside, pending an “independent” investigation, "fell far short of expectations."

"While it is the case that due process is hugely important, you will not be surprised to hear me say that I have become increasingly concerned with these developments," he said.

"Here we have a clear case of the FAI admitting that they failed to abide by the conditions for receipt of State funding.

"We have had a shambolic appearance by the FAI at this Committee last week at which even the most basic questions, for whatever reasons, went unanswered."

He said concerns remain around the €100,000 loan, basic levels of corporate governance and the " creation of the new Executive Vice President role" after Mr Delaney stepped down as CEO.

He also warned that the Office of the Director of Corporate Enforcement is considering "issues of a substantial nature" in relation to the association.

The minister welcomed the FAIs engagement with Sport Ireland and called for the EGM to be called, "as soon as the active investigations have been concluded."

"Considering the issues over which most of this board has presided, and those issues being obvious even before the various investigations have started, it is clearly time for a regime change," he said. 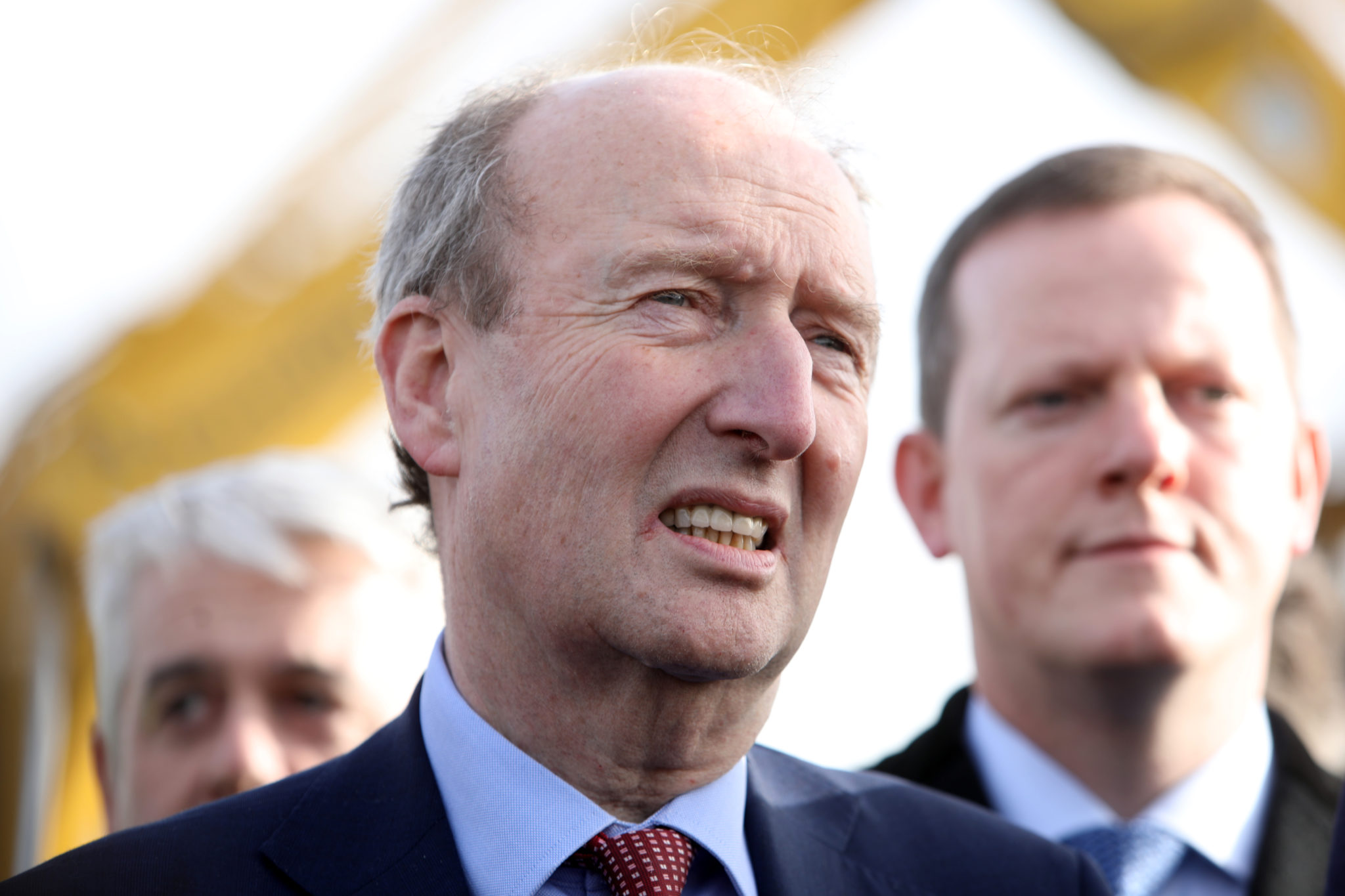 Representatives from Sport Ireland also appeared at the Oireacthas hearing this afternoon.

The sporting body's CEO John Treacy confirmed that they have now agreed the terms of a major audit with the FAI.

"This audit will be as broad and extensive as necessary to satisfy Sport Ireland that the FAI is compliant with our terms and conditions of grant approval," he said.

He also confirmed that Mr Delaney is still on the FAI pay-roll while the investigations are being carried out.

"I don't really know what is going on; I know that he has voluntarily stepped aside - from what I can gather," he said.

"I believe that he is still on the payroll while this investigation by Mazars is going on.

Sport Ireland chair Kieran Mulvey said it is normal practice to put an employee on 'gardening leave' when there is a question raised regarding their performance.

He welcomed the "swift and decisive action" taken by Sport Ireland in suspending and withholding grant funding to the FAI and repeated his warning that "there will be no further Government funding for the FAI until we see real change and reform in the association’s corporate governance, and until we have credible answers."

"No new capital payments will be made by my Department to the FAI until I am satisfied with the new measures put in place."

The capital payments are in addition to the grants provided to the FAI by Sport Ireland and are potentially worth millions to the association.

He said the crisis has provided an opportunity to "convene a stakeholders forum," including representatives from every level of football in Ireland to "come together to shape the future for their association and for their sport."

"This is quite the crisis for the FAI, but it is also an opportunity to develop an inclusive vision for the development of soccer in Ireland," he said.

During the FAI appearance, the Oireachtas Sports Committee heard that the FAI board was not informed of the loan the association received from Mr Delaney – despite the fact that previous press statements suggested it was fully aware of the situation at the time.

Mr Delaney said he only informed the board two years later – after receiving a media inquiry from The Sunday Times.

It remains unclear whether the payment was recorded in the FAI accounts; however, the association admitted that it breached State funding rules by not informing Sport Ireland of the loan.

Sport Ireland has since announced its decision to temporarily 'suspend and withhold' future funding to the FAI until the association can prove it is compliant the rules.

The State body approves around €2.9m in grant funding for the FAI every year.

Over the weekend, The Sunday Times reported that Mr Delaney racked up a €40,000 bill on an FAI credit card in the last six months of 2016.

The paper claims the then-CEO used the card for duty-free purchases, high-end fashion items, meals and cash withdrawals, while also drawing down a €360,000 salary.

Ireland to sign up to OECD deal on corporation tax