Protesters are planning to block traffic in Dublin City Centre this Friday as part of an international climate demonstration.

Some 290 people have been arrested for taking part in the Extinction Rebellion protests in London over the past two days.

The Metropolitan Police said the demonstrations are causing "serious disruption" in the English capital, with more expected throughout the afternoon.

This morning protesters mounted a train at Canary Wharf station, while another man glued himself to a train carriage.

Pictures shared online showed a man and a woman standing on top of the train dressed all in black and holding a "climate emergency" banner.

The group has pledged to continue highlighting the "emergency of ecological collapse" until UK Government officials agree to meet with them. 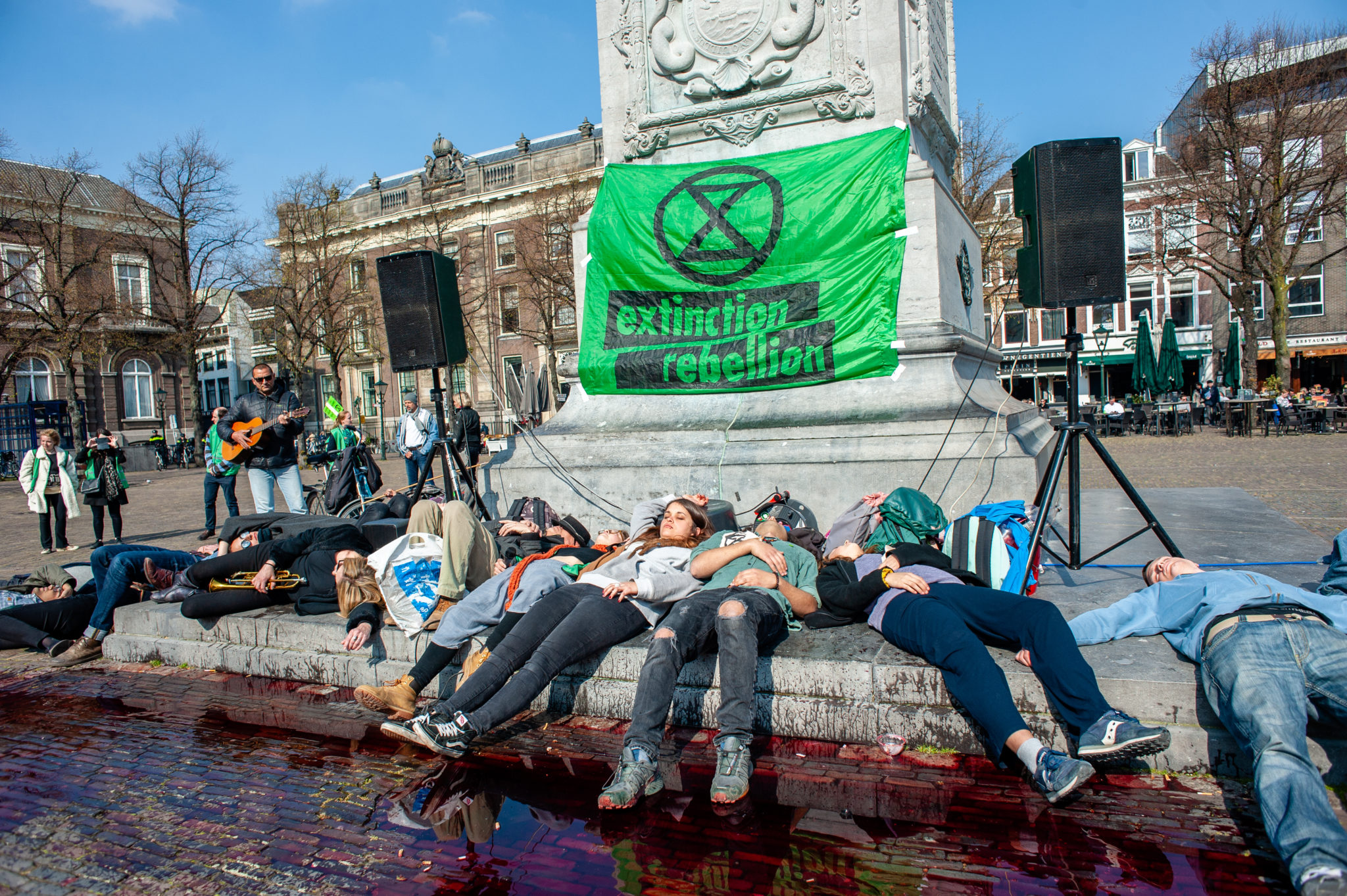 A group of activists play dead during the Extinction Rebellion protest in The Hague, Netherlands, 15-04-2019. Image: Romy Fernandez/Sipa USA

Climate Rebellion Ireland (CRI)  spokesperson Ciaran O'Carroll said the protests will make their way to Dublin on Friday, with demonstrators planning to block traffic on O'Connell Street from 1pm.

"Essentially we plan to block lanes of traffic in the city centre - not the Luas but lanes of car traffic - to demonstrate our point and to get the Government's attention," he said.

"They really have to start taking this seriously and living up to their legal obligations."

In a statement, CRI said it was responding to the Government's "criminal inaction on the climate and ecological emergency."

They warned that Ireland is set to miss its legally binding targets for reducing carbon by 2020 - with the country "at the very bottom of the EU table on decarbonisation."

The group is calling on the Government to declare a climate and ecological emergency and bring forward legislation to make Ireland carbon neutral by 2030.

The Irish "Day of Rebellion" will see demonstrators taking part in "acts of peaceful civil disobedience designed to disrupt business as usual in Dublin City Centre." 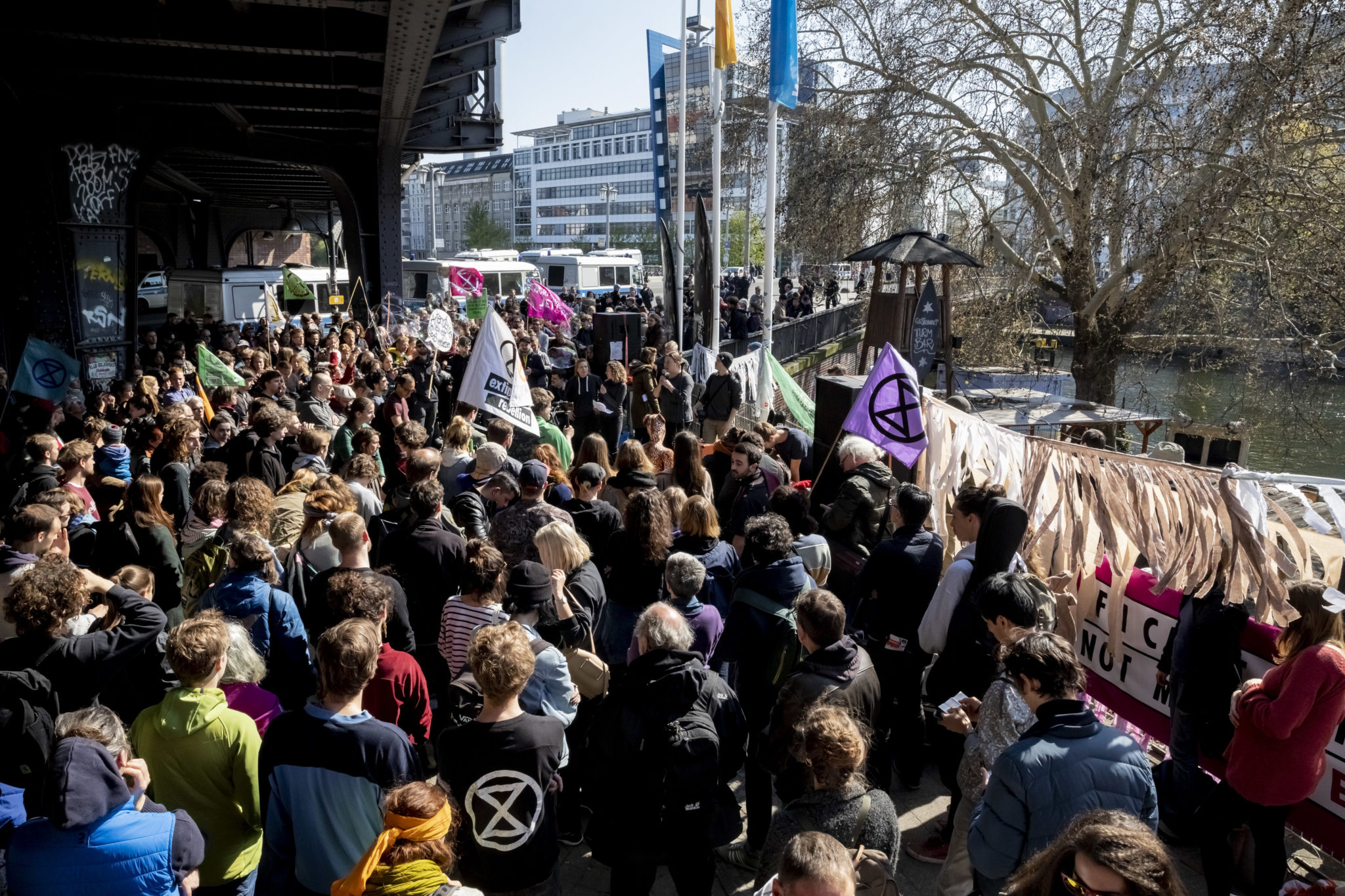 In London, an organisation representing retailers in the city has claimed that the last two days have cost businesses nearly €14m.

The New West End Company said footfall has dropped by up to 25% in some stores.

Protesters have ignored a police order to restrict demonstrations to a site at Marble Arch in the city - and have camped out at major hotspots including Waterloo Bridge and Oxford Circus. 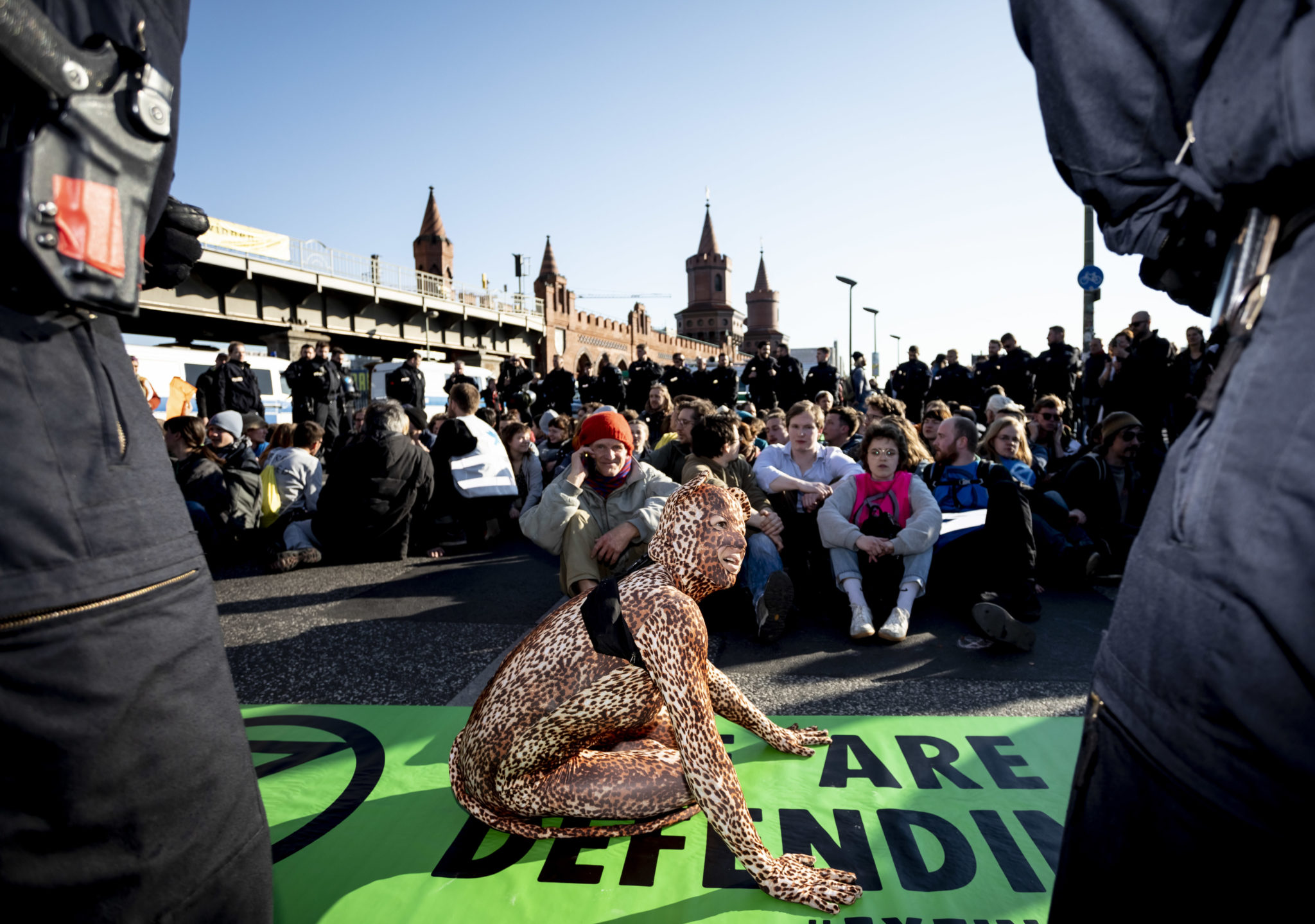 A protester dressed as a feline predator joins a sit-down protest during the Extinction Rebellion protests in Berlin, 15-04-2019. Image: Christoph Soeder/dpa

London mayor Sadiq Khan said he was "extremely concerned" at plans to target the London Underground, warning that it is " absolutely crucial to get more people using public transport, as well as walking and cycling, if we are to tackle this climate emergency."

"Millions of Londoners depend on the Underground network to get about their daily lives in our city," he said in a statement.
"Targeting public transport in this way would only damage the cause of all of us who want to tackle climate change, as well as risking Londoners' safety and I'd implore anyone considering doing so to think again."

Climate Rebellion Ireland has called on protesters to gather at the Spire on O'Connell Street at 1pm on Friday.